The country's new daily coronavirus cases, including 85 locally transmitted ones, reached 103 on Friday, raising the total caseload to 14,873, according to the Korea Centers for Disease Control and Prevention (KCDC). 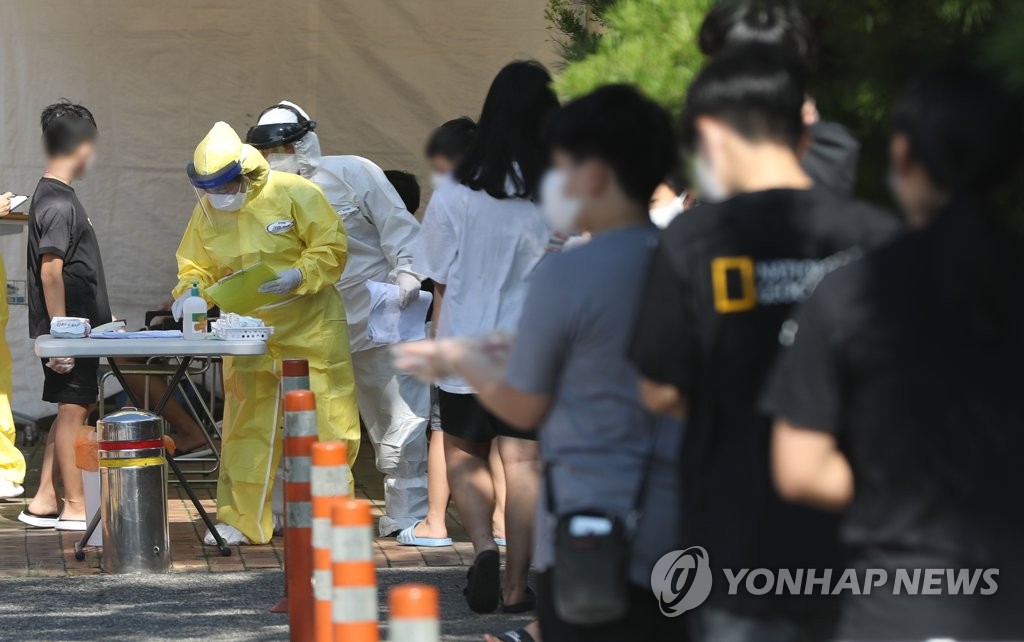 The KCDC warned that the greater Seoul area is teetering on the brink of another spike in virus cases and that the easing of social distancing guidance may be rolled back if the upward trend continues.

Earlier in the day, Prime Minister Chung Sye-kyun said the government is considering strengthening the infection preventive measures in Seoul and neighboring areas by one notch to Level 2.

Health authorities remain on higher alert as cluster infections continued to spring up at various venues, including churches, marketplaces and schools.

Sporadic cluster infections have shown no signs of a let-up, with more than 30 cases linked to a church in Goyang, just north of Seoul.

Infections traced to a church in Yongin, south of Seoul, jumped to 24, up 12 cases from overnight, according to city government officials.

Cases tied to Lotteria, a fast-food franchise, in Seoul reached 11 as of Thursday at noon.