He stressed the government will continue efforts for a way to resolve the decadeslong source of diplomatic rifts with Japan until the victims say it's "fair enough."

"The most important principle of resolving the problem is 'victim-centrism,'" Moon said in a video message for an annual ceremony commemorating the victims, euphemistically called comfort women.

South Korea designated Aug. 14 as the Japanese Military Comfort Women Victims Memorial Day in 2017, the anniversary of Kim Hak-soon, a comfort woman and human rights activist, testifying in 1991 about her suffering. It later became the International Memorial Day for Comfort Women.

This year's national ceremony was held in Cheoan, South Chungcheong Province, located 90 kilometers south of Seoul, on the eve of the Liberation Day to mark Korea's independence from Japan's 1910-45 colonial rule. 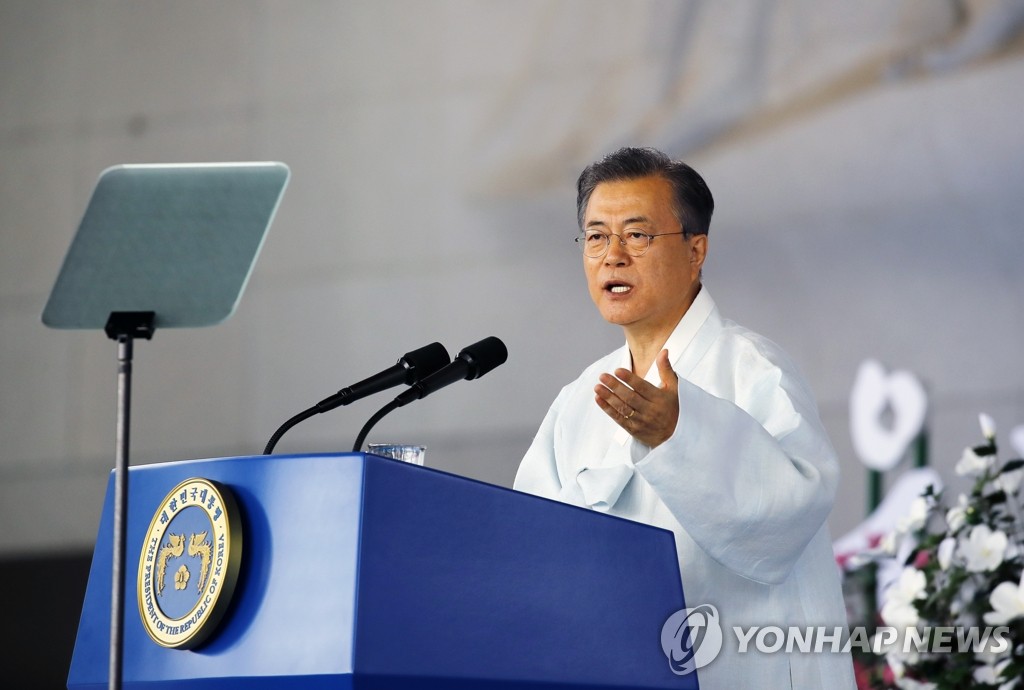 Historians say up to 200,000 women, mostly Koreans, were forced to serve as sex slaves for Japanese troops. There are only 17 surviving victims.

South Koreans have called on Japan to offer a sincere apology and compensation for the victims.

The president noted that the victims are presenting a "new direction" of how to resolve the matter, saying they have suggested that future generations of the neighboring countries explore ways to move together toward peace and human rights, while inheriting the accomplishments of the civil movement so far.

"The government will do its best to map out realistic and practical methods so that the victims' courage and dedication can get repaid with the restoration of dignity and honor," Moon said.