SEOUL, Aug. 14 (Yonhap) -- The use of technology in creating fine art is hardly a new concept nowadays.

From the frequent use of televisions in works by Paik Nam-june since the 1960s to the embracing of cutting-edge tech such as 3D printers and augmented reality software in today's art, technology has undoubtedly become an indispensable part of the discourse and discussions surrounding contemporary art.

a'strict, a collaborative media artist unit in South Korea, is pushing the use of technology in creating noncommercial, fine art one step further -- by adopting a complex graphic engine often used in producing video games or computer graphic imagery in movies.

The team's media installation "Starry Beach," put on display at the K3 hall at Kukje Gallery in central Seoul, transports viewers to a hyper-realistic vista of luminous, surging waves resembling a starlit night, made purely of computer graphics. 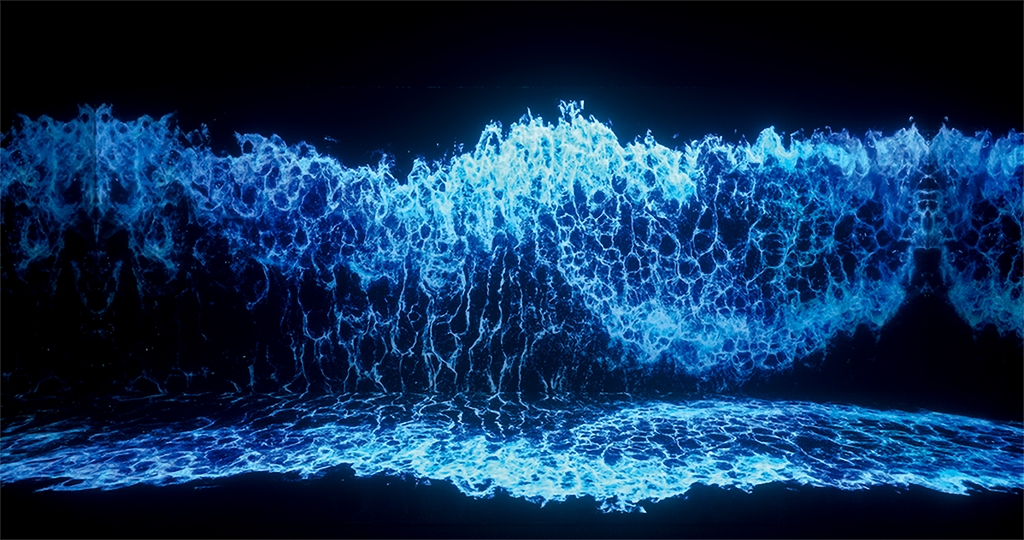 Accompanied by the sound of crashing waves, the high-definition video projection of the detailed wave images rush up and down the six-meter high pitch-black walls and floor with a unique visual rhythm, offering both a soothing and breathtaking panoramic experience to viewers.

a'strict took inspiration from the chaotic and complex nature, in particular the fluid visual and sonic characteristics, of water, considered one of the most difficult and complex subjects to recreate on computers.

While its visuals and movement appear natural and real, the approximately three-minute-long imagery which loops endlessly is 100 percent human-made, produced on Autodesk's 3ds Max graphics software, except for the sound, which was recorded from an actual beach.

"We continuously revised the details of the waves, such as how high it rises on the wall and the particle effects after breaking," Lee Sung-ho, a member of a'strict, said during a press conference held Thursday.

Lee said it took a group of eight people about four months to finish the work.

The team behind "Starry Beach" is part of d'strict, an acclaimed South Korean digital design company headed by Lee, which has built an international reputation for its ambitious public installations that integrate art and technology. 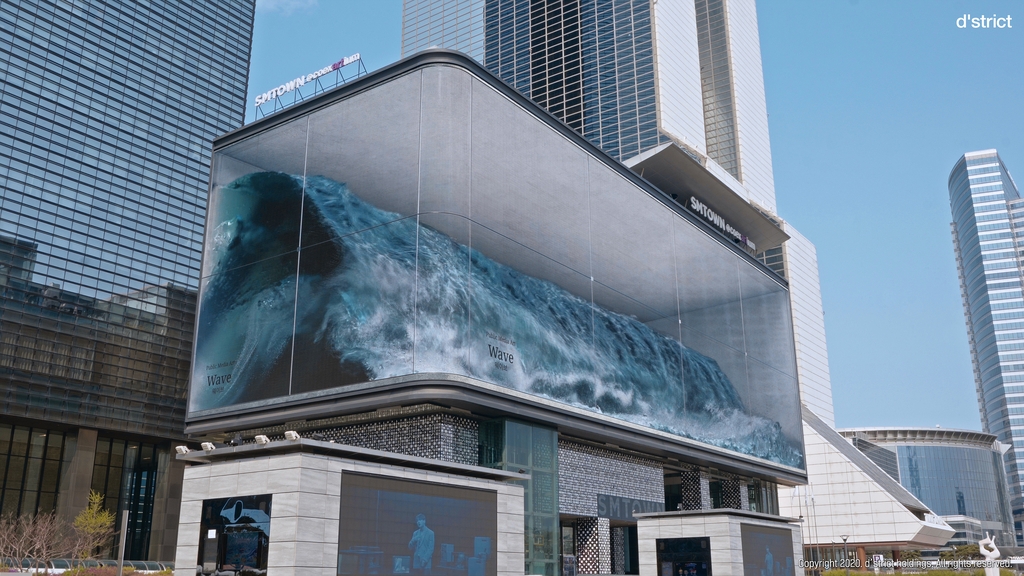 d'strict's most recent work was the public art project titled "Wave," an immersive video art installation that replicated a massive wave crashing onto a large-scale wrap-around LED display at the COEX building in southern Seoul in May.

While d'strict is a commercial entity that takes on commissioned projects from private or public clients, the a'strict unit -- which is more like a club or a brand in which anyone can join or leave freely as opposed to a fixed group -- is committed to pure artistic practices without commercial commitments.

"Even when taking on commercial designs, we often ended up producing results with artistic value," Lee said.

Lee, who managed the "Starry Beach" project, added, "We thought that a work that can give some form of comfort to the viewers and emotionally move people can be seen as fine art." 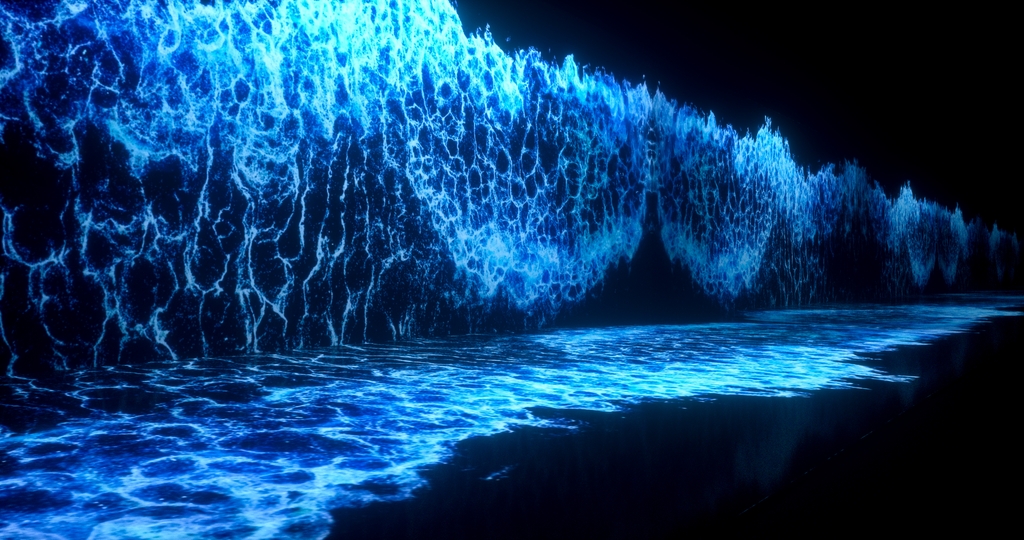 When asked about how much "Starry Beach" might fetch if sold on the market, Lee said he "hoped that it would earn as much as possible."

"As practically a new team in the art scene, this may sound a bit inappropriate, but I don't understand, for example, how a piece centered around a banana taped to a wall can fetch up to, let's say, 140 million won (US$118,000) in today's market," Lee said.

Lee added, "I hope its market price can match the level of value it brings to the collector."

The exhibition will be held at Kukje Gallery until Sept. 27. 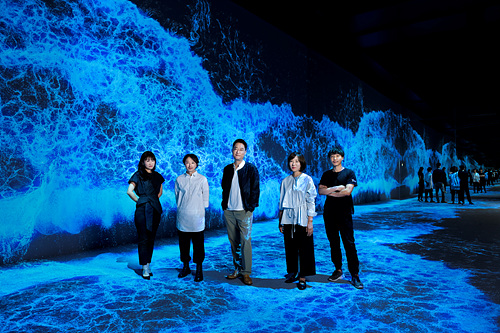