SEOUL, Aug. 14 (Yonhap) -- Russia on Friday unveiled rare photos of the then-Soviet Union's fight against Japanese troops in Manchuria during the Second World War in 1945, highlighting Moscow's contribution to the liberation of Korea from Japan's colonial rule.

The Russian Embassy in Seoul released the photos to Yonhap News Agency, a day before South Korea celebrates the 75th anniversary of its liberation from Japan's 1910-45 colonization of the Korean Peninsula.

The conflict between the two countries toward the tail end of the devastating world war halted Japanese control of Manchuria, parts of Mongolia and Korea and other regions and led to Tokyo's surrender.

"Resolute action by the Soviet leadership and military authorities contributed to liberating the Korean Peninsula and large parts of Chinese territory from the Japanese military," the embassy said.

One photo showed Soviet troops in uniform holding Japanese flags while posing together for a photo. Another showed Soviet soldiers marching in the northern Chinese city of Harbin with Chinese waving and smiling. 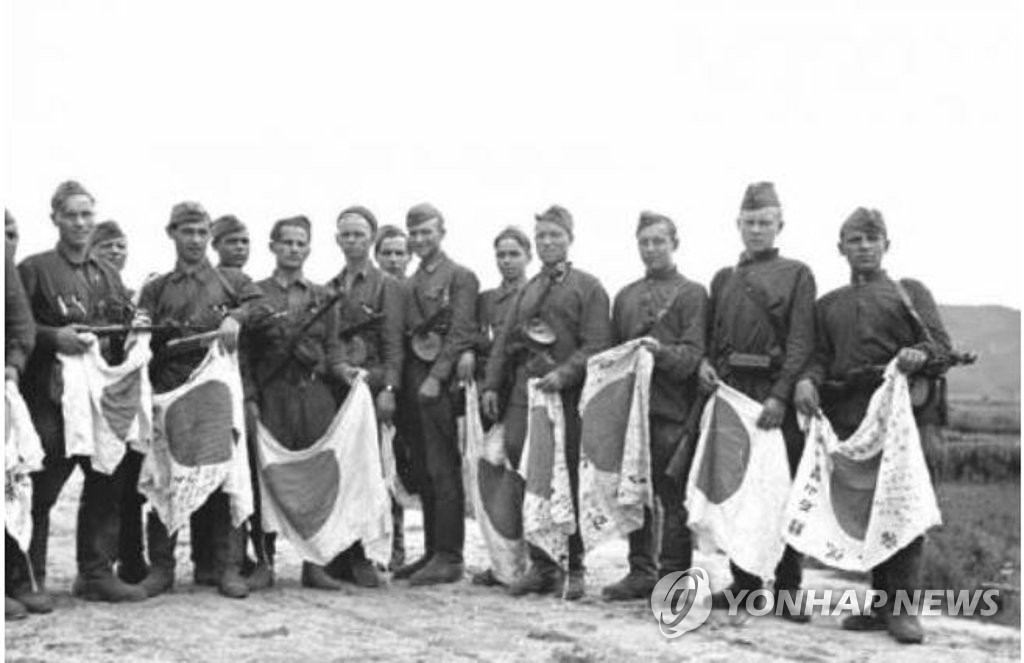 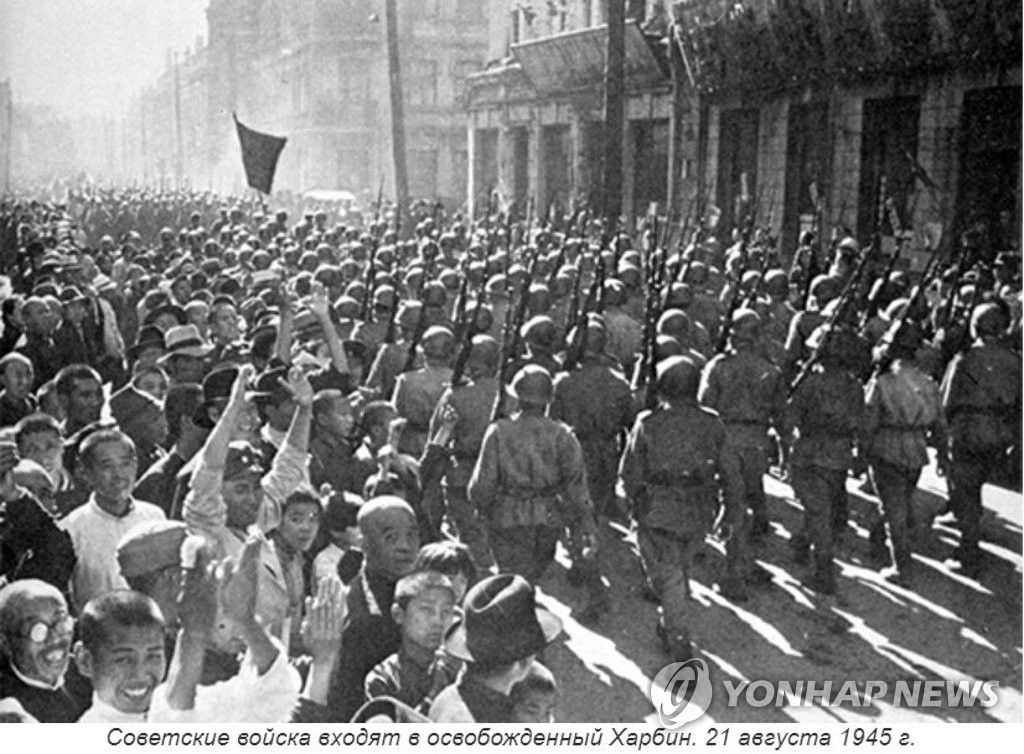 On Tuesday, the embassy sent an article to reporters underscoring the Soviet Union's role for Korea's independence and the end of the world war.

"South Korea's Liberation Day on Aug. 15 provides a chance to remind ourselves of the history of our people having fought against invaders," the embassy wrote in the article.

"By celebrating the Liberation Day together, we can create a new opportunity for the development of relations between Russia and South Korea," it added. 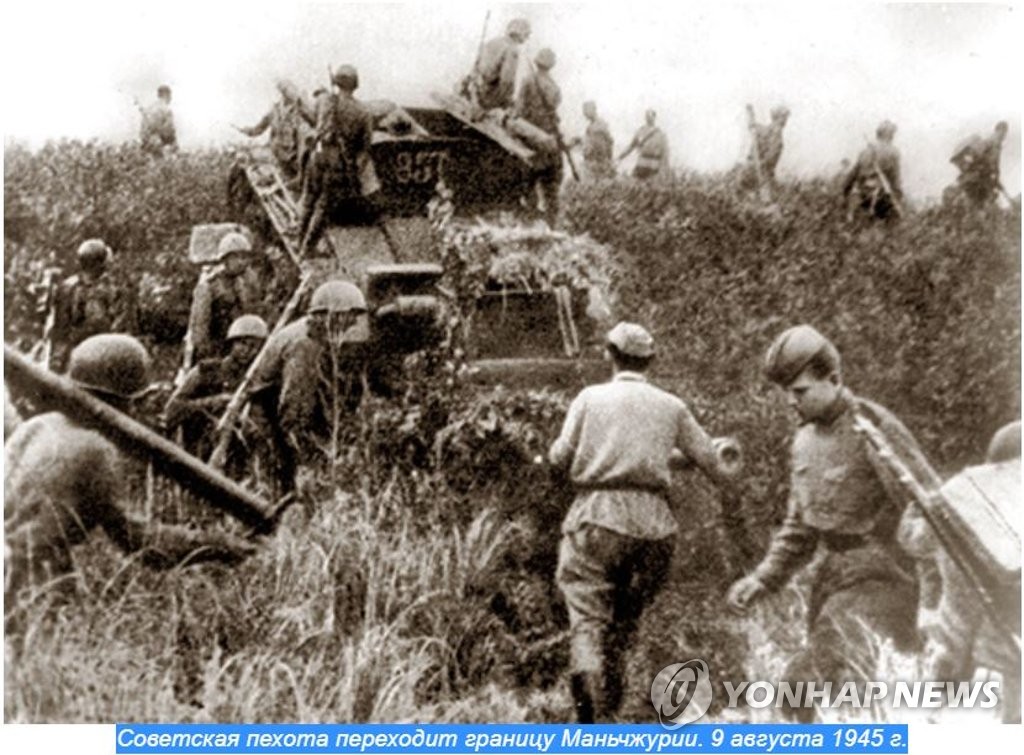