SEOUL, Aug. 14 (Yonhap) -- As South Korea is experiencing a new wave of community infections of the novel coronavirus in the Seoul metropolitan area, small and medium-sized churches have emerged again as a hotbed of the virus outbreak.

The country reported 85 locally transmitted cases on Friday and 56 on Thursday. The Friday figure marked the highest daily number of domestic infections since 88 on March 31. The sharp gain is largely led by sporadic cluster outbreaks linked to regular services and small group gatherings of Protestant churches in Seoul and its surrounding areas.

About 72 infections have been traced to a church in Yongin, south of Seoul, while 24 patients have been linked to congregants of a church in Goyang, just north of Seoul. Some 19 people associated with a church in northern Seoul have contracted COVID-19.

The Seoul metropolitan government ordered the shutdown of the religious institution, with some 1,900 people to be tested. 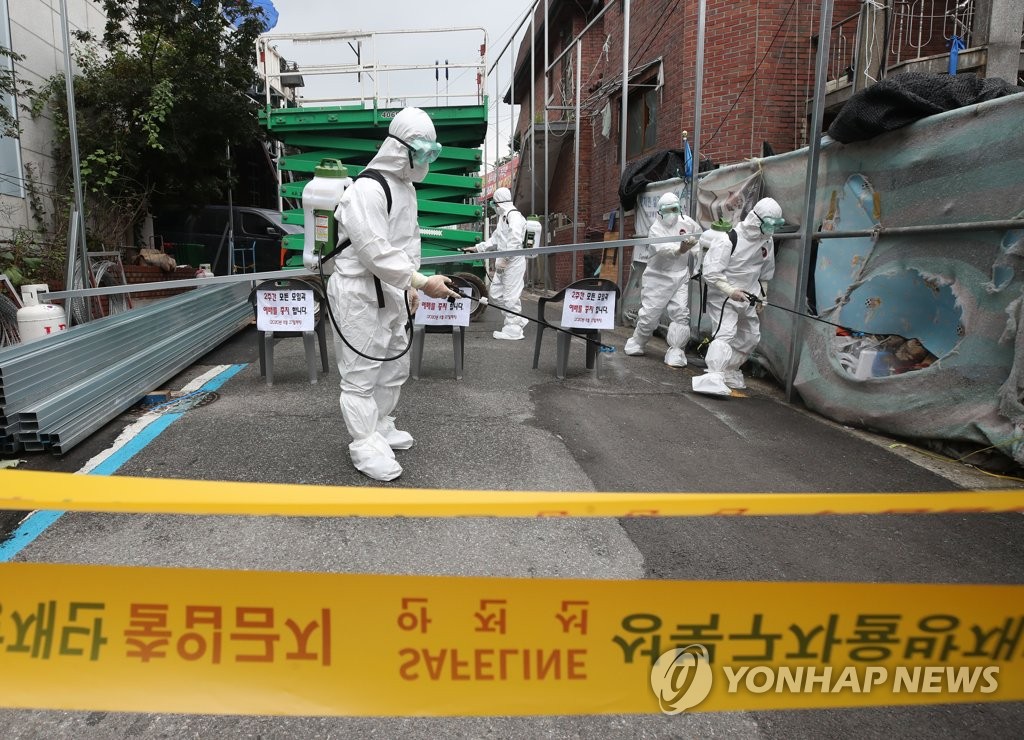 Health authorities said many of the infected patients were found to have taken part in bible meetings or choir sessions and had meals together. Some of them were found not to have worn masks.

"Those patients may have transmitted the virus to many people as they visited churches and attended services," authorities said, asking all visitors and church members to receive virus tests at nearby medical stations.

The recent development came three weeks after the government lifted its temporary ban on churches' small group gatherings and group meals other than regular services. Small and medium-sized churches were blamed for sporadic cluster infections, while large-scale ones were less affected due to their stricter quarantine measures.

The Protestant community seems embarrassed that churches have come under fire again for the recent spike in infections.

The United Christian Churches of Korea (UCCK), one of the biggest associations of Protestant churches, has repeatedly asked its member churches to strictly comply with sanitation guidelines.

"It's an emergency," said an official from the UCCK. "We sent letters to our member orders and churches to strengthen hygiene rules days ago, and today we texted them again to ensure compliance."

But the official noted that the UCCK or other Christian alliances have no power to order some of those churches blamed for cluster infections to follow the tightened hygiene rules. It is because they are small independent organizations, not churches affiliated with a bigger umbrella group or an order.

The community has to expect those churches to voluntarily follow anti-infection guidelines, such as restricting small gatherings and praying out loud.

Consequently, the Seoul government is now considering raising the level of social distancing to Level 2, under which gatherings of 50 or more people that take place indoors and of 100 or more people outdoors are prohibited.

If so, the religious community would have to put most on-site gatherings and events on hold and replace them with online ones, as they did during the March-May period. 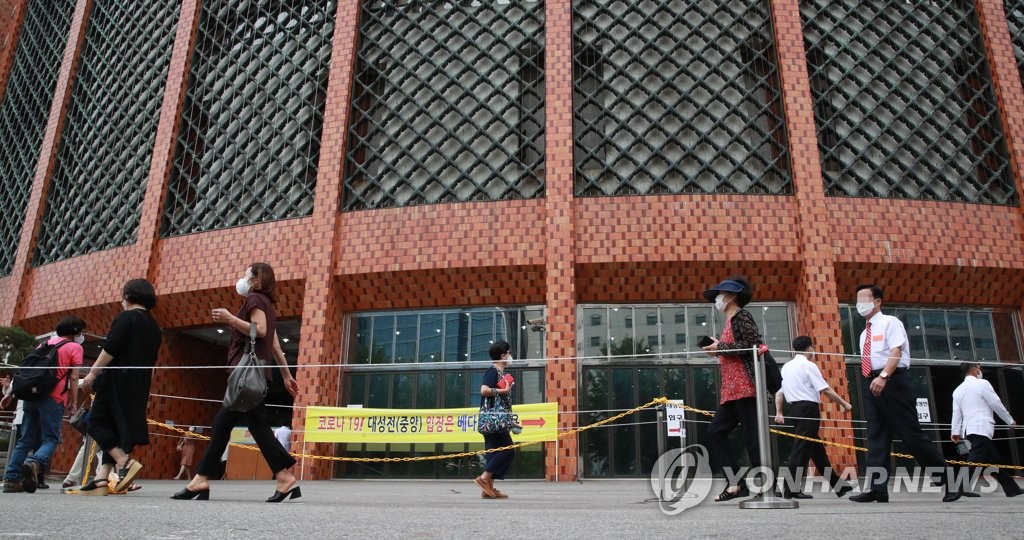