SEOUL, Aug. 14 (Yonhap) -- The auditor of SsangYong Motor Co. on Friday refused to deliver an opinion on the carmaker's ability to remain a going concern, bringing trading of the company's stock to a halt.

KPMG Samjong Accounting Corp. declined to give its opinion on SsangYong Motor's earnings results for the January-June period and the trading of SsangYong Motor stocks will resume on Tuesday, the company said in a regulatory filing.

Samjong was also skeptical about SsangYong Motor's ability to continue operations after the company continued to report net losses in the January-March period. 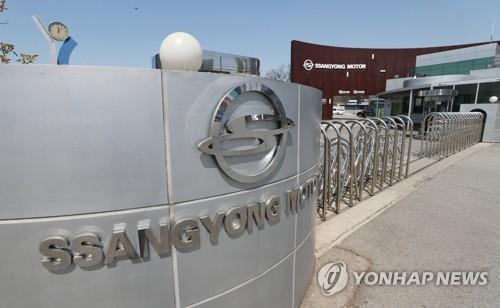 On Friday, SsangYong shares were suspended after having dipped 0.1 percent to 3,530 won. The broader KOSPI posted a 1.2 percent loss.

If Samjong gives no opinion on SsangYong's annual financial statements for the year, the company can appeal the decision within a week and will be given one year to improve its financial health.

SsangYong has struggled with declining sales due to a lack of new models and its Indian parent Mahindra & Mahindra Ltd.'s decision not to inject fresh capital into the Korean unit.

Mahindra said early this year it would inject 230 billion won into SsangYong for the following three years after obtaining approval from its board. But its board voted against the investment plan last month as the spreading COVID-19 outbreak continues to affect vehicle sales in global markets.

The one-time cash injection falls far short of the 500 billion won Mahindra Managing Director Pawan Goenka had said is needed to turn SsangYong around by 2022.

Mahindra plans to reduce its controlling 74.65 percent stake in SsangYong to below 50 percent if its finds a new investor.