SEOUL, Aug. 14 (Yonhap) -- South Korea's finance minister on Friday ruled out the possibility of a fourth extra budget as he held out the prospect of economic growth in the third quarter.

"We can fully cover the costs of recovering from heavy rains through such measures as reserve fund without an extra budget," Hong Nam-ki said in a meeting with reporters from foreign media outlets at the government complex in the central city of Sejong.

The government's reserve fund is currently worth about 2.6 trillion won (US$2.1 billion). 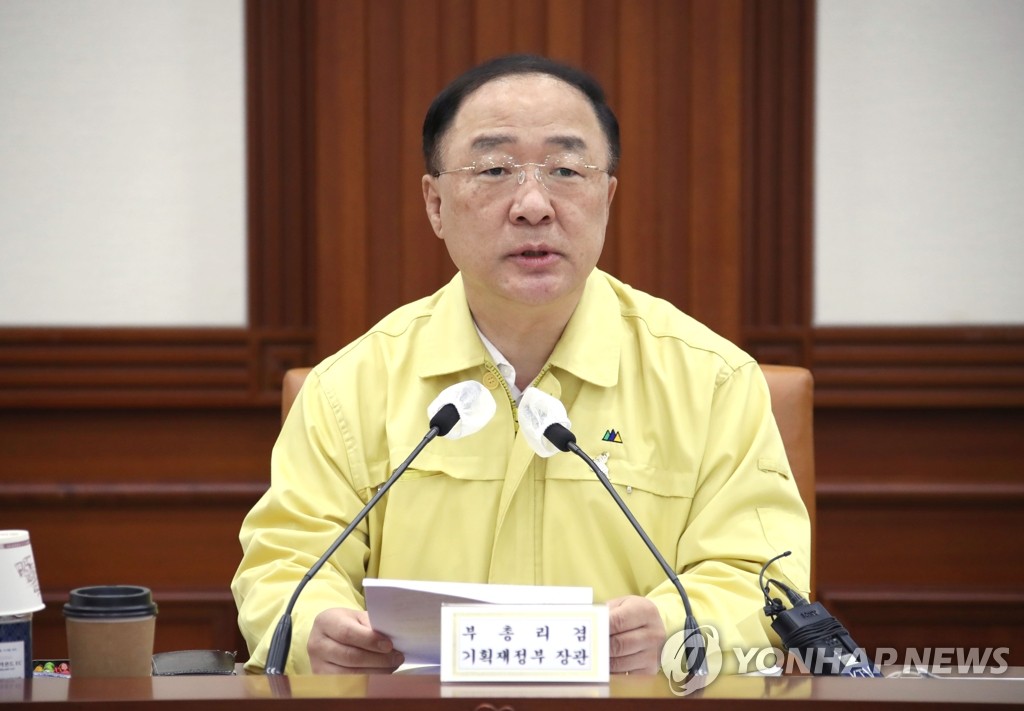 In July, South Korea's outbound shipments came to US$42.8 billion, extending their slump to a fifth consecutive month amid the fallout of the new coronavirus.

Hong said export simulations suggested that South Korea could shift to economic growth in the July-September period, though he stopped short of disclosing figures.

He said flood damage could affect economic recovery. The recent downpours that pounded the central and southern regions had left 42 people dead or missing and more than 7,800 people displaced as of Wednesday.

The Organization for Economic Cooperation and Development has recently predicted South Korea's economy will contract 0.8 percent in 2020 from a year earlier.

Hong also suggested that South Korea and China could extend their currency swap deal, which is set to expire on Oct. 1

In 2017, South Korea and China renewed their swap arrangement worth 64 trillion won.