SEOUL, Aug. 14 (Yonhap) -- The leaders of South Korea and Australia agreed Friday that if their countries participate in the Group of Seven (G7), it would help the club of advanced economies play a bigger role in the international community, according to Cheong Wa Dae.

President Moon Jae-in and Prime Minister Scott Morrison had a 35-minute telephone conversation to discuss cooperation on the coronavirus pandemic and bilateral relations.

U.S. President Donald Trump said in May he wants to invite South Korea, Australia, India and probably Russia to join the G7 forum, as he seeks to host an expanded summit later this year. 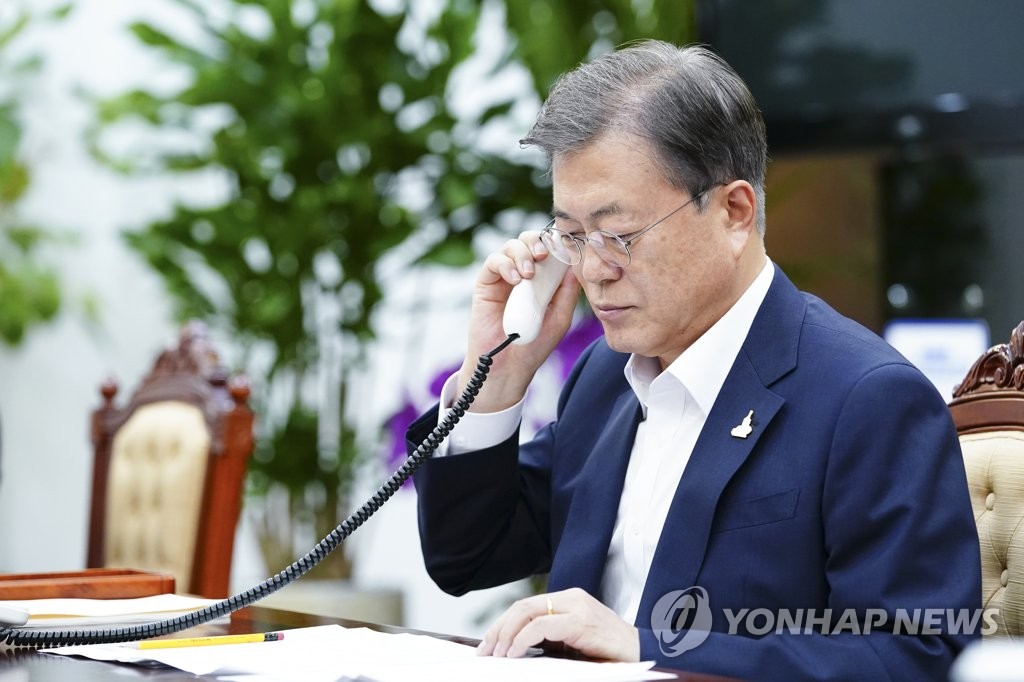 South Korea and Australia have long cooperated strategically on the global stage as members of the MIKTA middle-power group along with Mexico, Indonesia and Turkey.

The leaders also agreed on partnerships between the two sides in connection with the development and supply of COVID-19 vaccine. Moon asked Australia to join the International Vaccine Institute, based in Seoul.

The prime minister said his government will "consider (it) positively," Kang added.

It marked their first phone conversation since April.