SEOUL, Aug. 15 (Yonhap) -- President Moon Jae-in said Saturday his government is ready to talk with Japan at any time to resolve a longstanding dispute over compensating Korean victims of Japan's forced labor during World War II. 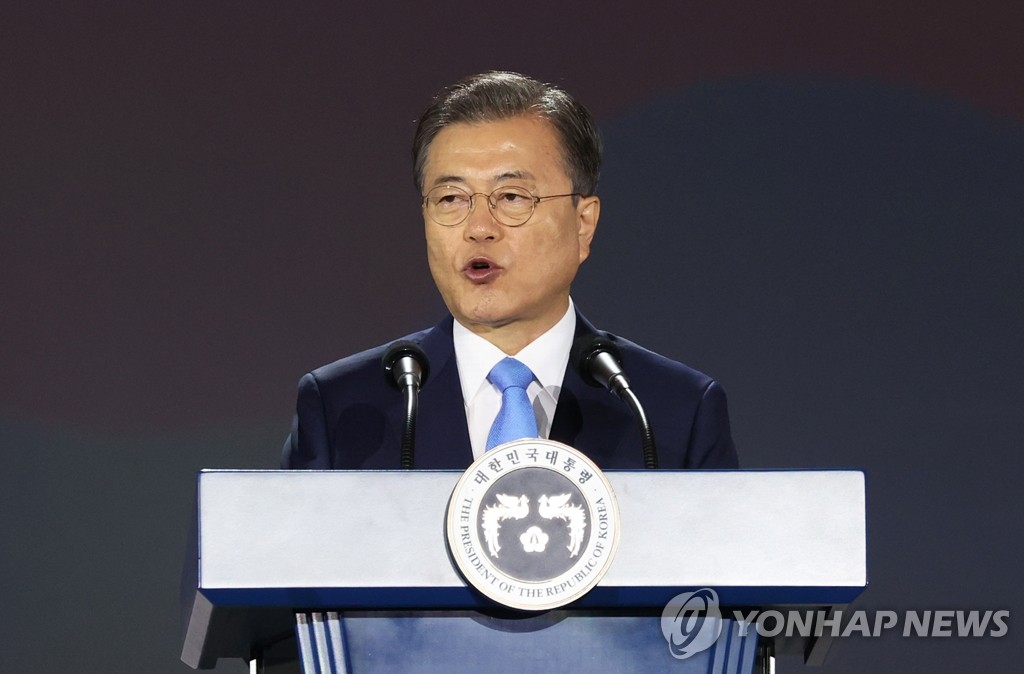 Tokyo has argued that all reparation-related issues were settled in a 1965 bilateral treaty. In October 2018, South Korea's Supreme Court ruled that the individual rights to compensation remain valid despite the state-to-state deal.

Four Koreans launched the legal battle against a Japanese steelmaker in 2005. Lee Chun-sik is the only surviving plaintiff.

Moon pointed out that Lee had wondered out loud whether South Korea might be "suffering a loss" because of him in reference to Japan's retaliatory export control.

Moon said, "We will affirm the fact that protecting an individual's dignity will never end up incurring a loss for his country."

"At the same time, we will work with Japan to protect universal values of humanity, the principles of international law and democracy based on the separation of powers," he added.

The president reaffirmed that his administration respects the judiciary's decision, addressing the national ceremony held at the Dongdaemun Design Plaza in Seoul to commemorate the 75th anniversary of Korea's liberation from Japan's 1910-45 colonial rule.

"I believe that joint efforts by Japan and Korea to respect individual human rights will become a bridge for friendship and future cooperation between the peoples of our two countries," he said.

In last year's Liberation Day speech, he presented a vision for South Korea to become an "unshakable, responsible economic powerhouse" that can cooperate with Japan on an "equal" footing. The message came not long after Japan announced measures to curb the exports of some core industrial materials to South Korea.

This year, Moon shifted the focus to dialogue, based on the shared value of human rights, for a resolution to the forced labor issue. 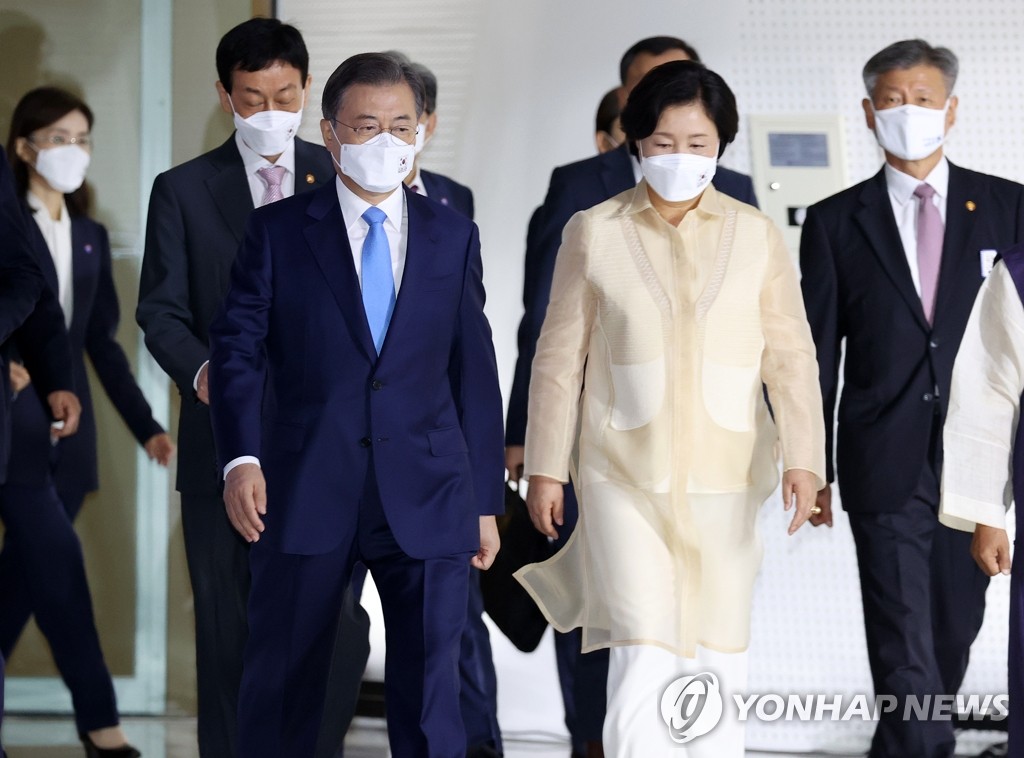 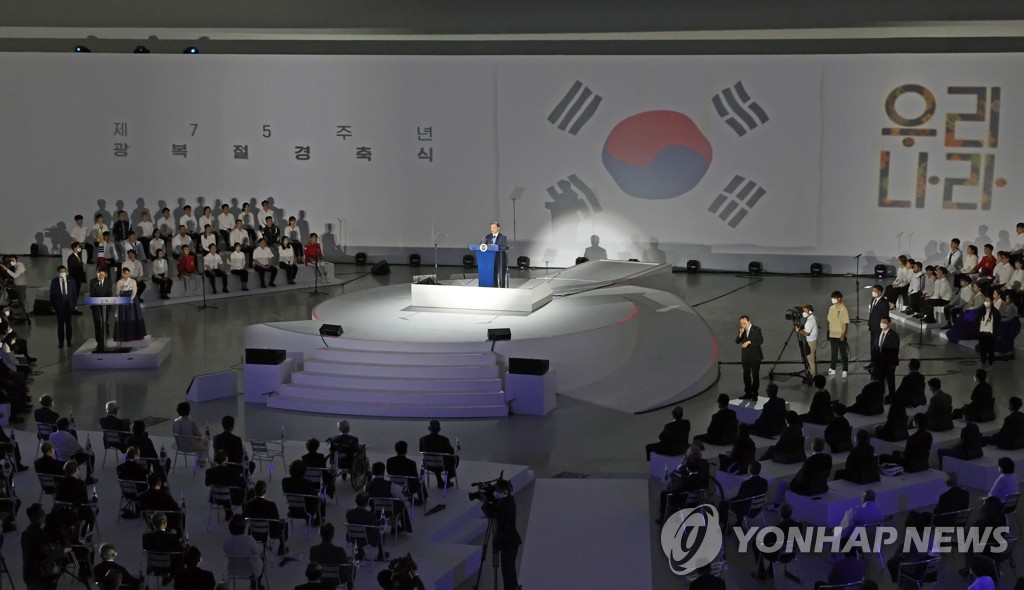 Moon also made peace overtures toward North Korea, saying, "Genuine liberation can be achieved when the dreams and lives of each and every one of us are guaranteed on a unified, peaceful and safe Korean Peninsula."

"Inter-Korean cooperation is indeed the best security policy that allows both Koreas to break away from reliance on nuclear or military strength," he said.

He stressed the need to protect the "lives and safety" of all people on the peninsula.

"I hope that cooperation on epidemic prevention and control and the joint management of transboundary rivers will help the people of the two Koreas sense tangible benefits from peace," he said. "It is my hope that along with communities for peace and economic prosperity, there will be a breakthrough for mutual benefit and peace to achieve a community for life."

Moon added, "This should accompany closer cooperation on a new security situation in the COVID-19 era through collaboration on health care, medical services and forestry and joint research on agricultural technology and the development of new crop varieties."