SEOUL, Aug. 15 (Yonhap) -- Less than a month after welcoming fans back to stadiums, South Korea professional sports teams in Seoul and its surrounding region will revert to having empty stands due to a recent spike in coronavirus virus cases.

The government on Saturday raised the three-tier social distancing scheme in Seoul and Gyeonggi Province from Level 1 to Level 2, effective Sunday. It will stay there for two weeks. 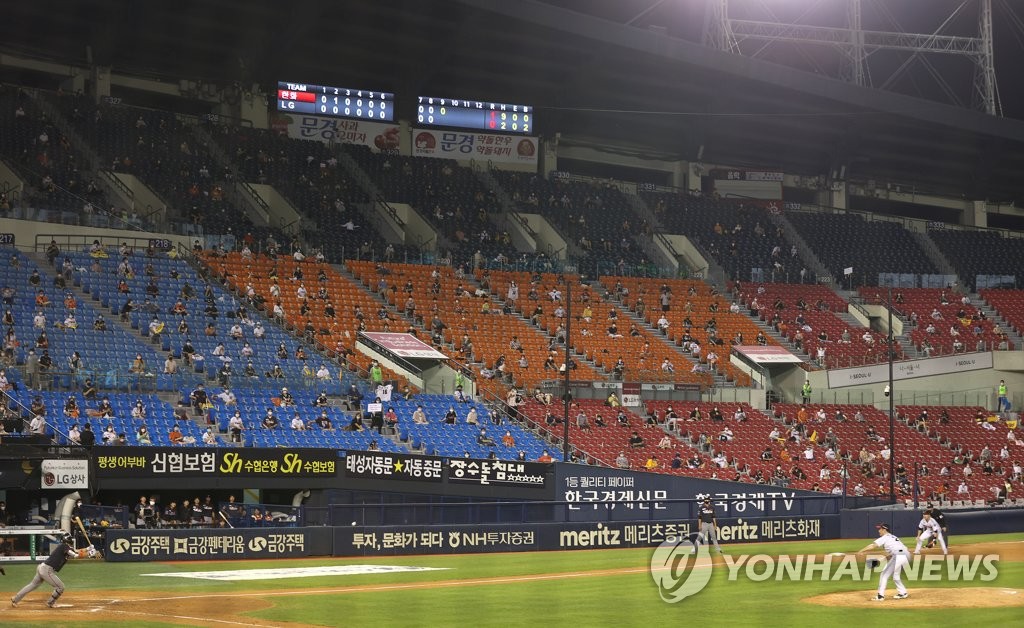 Cluster infections in and around Seoul have emerged as a major concern in recent days. South Korea reported 166 new COVID-19 cases Saturday, the second straight day with the figure surpassing the century mark. It's the highest daily total since March 11.

Among those 166, 155 were locally transmitted cases. And 72 of those 155 were reported in Seoul, plus another 67 from the surrounding Gyeonggi Province.

South Korea introduced a three-level social distancing drive, and the country had been at Level 1. The level can be altered locally as necessary.

Teams in the Korea Baseball Organization (KBO) reopened their gates to fans on July 26, followed by K League football clubs on Aug. 1. In the early stages, teams were only allowed to operate stadiums at 10 percent of their capacity to ensure the safety and health of fans. Under protocols for both leagues, fans must sit at least a seat apart from one another, even if they're traveling in a group.

Then starting this week, the government raised the cap to 30 percent. KBO and K League teams said they would stay around 25 percent to continue to ensure fan safety while adhering to COVID-19 guidelines.

And now, at least for teams in and around the capital city, it will be back to square one. 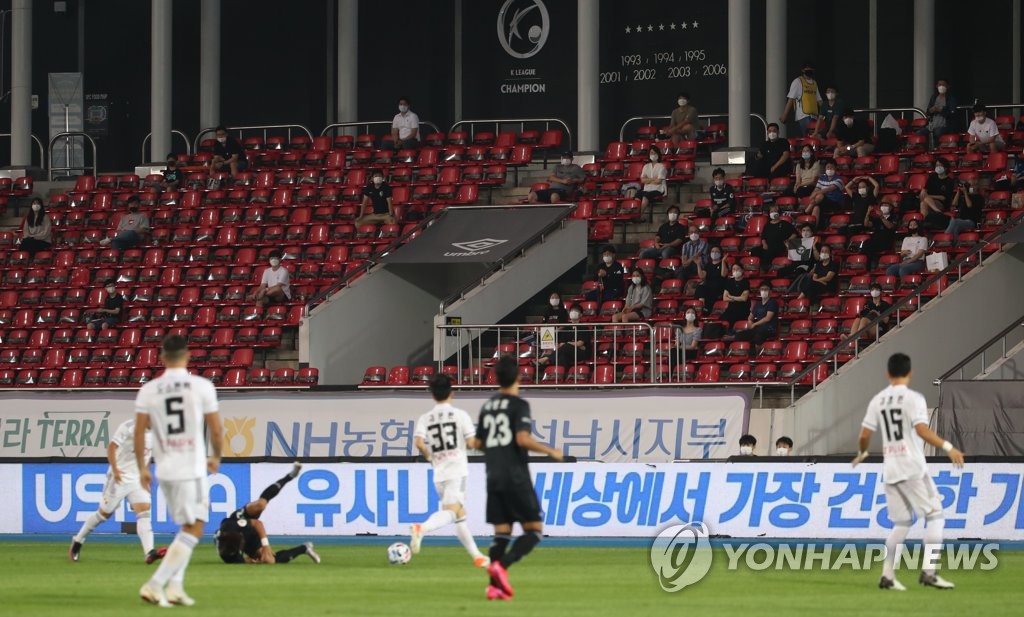 In the KBO, four teams play in Seoul and Gyeonggi: the Doosan Bears, the LG Twins and the Kiwoom Heroes in the capital, and the KT Wiz in Suwon, 45 kilometers south of Seoul.

In the top-flight K League 1, three clubs are based in the capital area: FC Seoul in Seoul; Seongnam FC in Seongnam, just south of the capital; and Suwon Samsung Bluewings in Suwon.

The K League 2 has a team each in Seoul and Suwon, plus three more clubs in Gyeonggi Province -- in Bucheon, Ansan and Anyang. 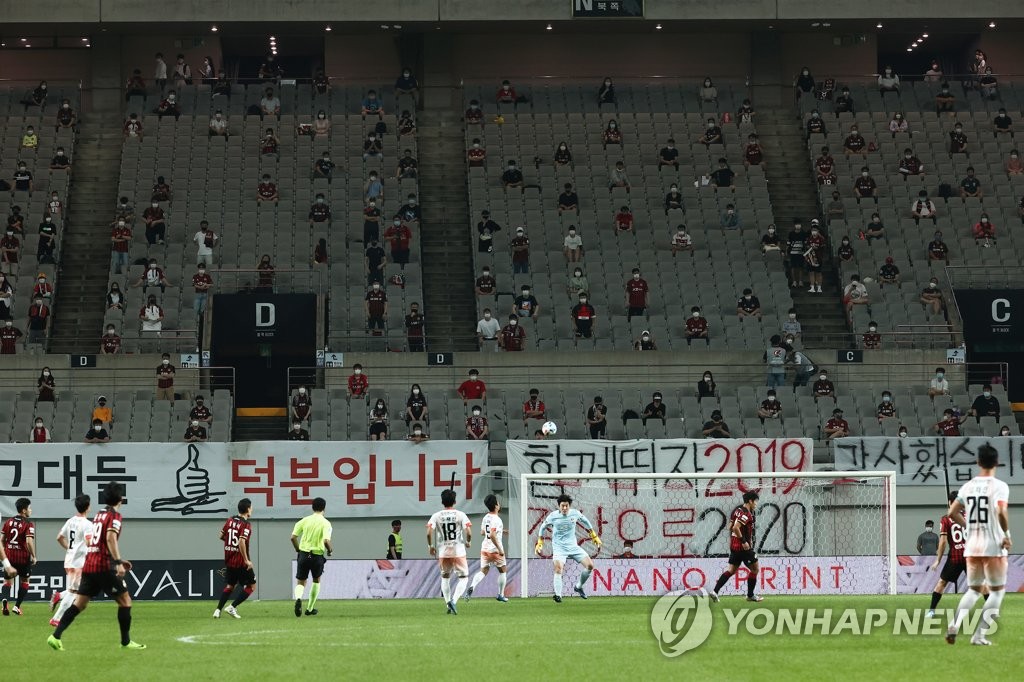