SEOUL, Aug. 16 (Yonhap) -- President Moon Jae-in on Sunday ordered officials to mobilize every possible means to contain the spread of the new coronavirus and to take stern responses to any unlawful acts that could hamper the state quarantine system, his office said.

Moon made the call after being briefed about the results of an emergency meeting involving Cheong Wa Dae officials, which was held in the wake of the latest surge in new COVID-19 cases.

As of midnight Sunday, South Korea reported 279 additional virus cases, marking the first time in five months that the country reported more than 200 new daily infections, according to the Korea Centers for Disease Control and Prevention (KCDC). Since Saturday, a total of 548 new patients have been recorded, mostly in Seoul and Gyeonggi Province.

"We are at a very critical juncture. The government should mobilize every possible means to stem the spread of the new coronavirus," Moon said, according to his spokesperson Kang Min-seok. 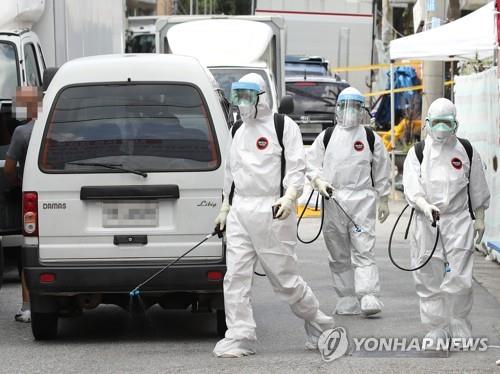 Moon also instructed the officials to ensure medical facilities are fully prepared in the metropolitan areas to prevent the possible shortage of hospital beds, and called for cooperation with the churches that have reported multiple virus cases for quarantine efforts, Kang added.

"Any violation of quarantine measures and acts that disrupt those quarantine efforts should be dealt with in a stern manner in order to protect the safety of the people and to establish the rule of law," Moon said.

The warning came as pastor Jun Kwang-hoon and other members of the Sarang Jeil Church in Seoul took part in massive rallies held in downtown Seoul on Saturday in violation of self-isolation rules. They were supposed to be quarantined after more than 100 COVID-19 patients were believed to have been connected to the church at that time.

As of Sunday noon, cases linked to the Sarang Jeil Church have totaled 249 nationwide, KCDC said, adding that the figure is feared to grow as thousands are undergoing virus tests.

Earlier, Moon criticized Jun and other church members for conducting a "very senseless" and "unforgivable act" that challenges the national disease control and prevention system and threatens the lives of the people.

"The government will take very stern and strong measures even by resorting to compulsory means," Moon noted in his Facebook message.

He then expressed regret for causing concern over the spread of the coronavirus at a time when the people are facing difficulties after recent heavy rains. 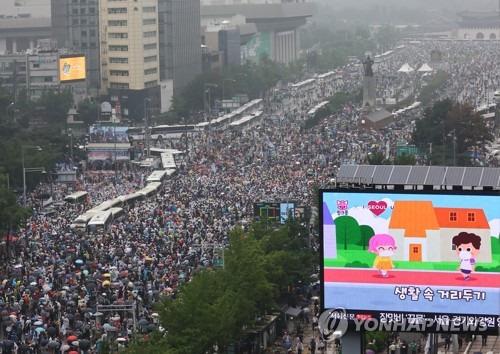 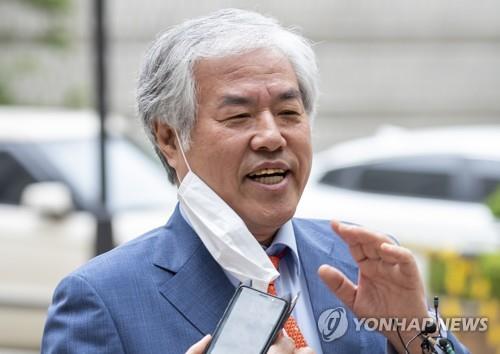 The central government said it will file a complaint against Jun with related authorities for his alleged violation of self-quarantine obligations and the disruption of the country's quarantine work by submitting a false list of suspected coronavirus patients among his followers.

Separately, the Seoul municipal government also vowed to report him and other church officials to law enforcement authorities for their suspected violation of the country's infectious disease prevention act.

During a recent media report, Jun claimed that the COVID-19 infections among his church members seem to have been caused by "virus terrors by outside forces."

A total of 4,066 members are required to undergo virus tests, but the authorities have failed to reach 669 people, according to the municipal government.

As he failed to host a rally as planned following the city government's ban on large gatherings due to coronavirus concerns, Jun encouraged his followers across the country to take part in other demonstrations, according to officials.

The Sarang Jeil Church case resembles that of the Shincheonji Church of Jesus, a minor religious sect, which was at the center of the early coronavirus outbreak in South Korea.

Some 4,000 followers, most of whom were from its branch in the southeastern city of Daegu, were infected with the virus, and its leader Lee Man-hee was arrested this month on charges of obstructing the government's anti-virus efforts. 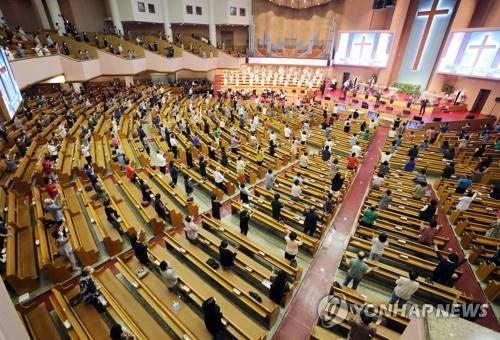