With the coronavirus pandemic raging across the globe, many countries had scrambled to import Korean COVID-19 test kits, in a boon to local manufacturers.

According to the data by the Korea Customs Service, the value of test kit exports came to US$214 million in April, a more than eightfold jump from $24 million in March.

Yoon Hyuk-jin, an analyst at SK Securities, said Korea's exports of test kits declined as many affected nations started making their own test kits in May.

But Seegene saw its stock price plunge about 30 percent compared with its peak earlier this year.

Other industry players -- LabGenomics Co. and Sugentech Inc -- have seen their stock prices plummet by some 30 percent and 40 percent, respectively. 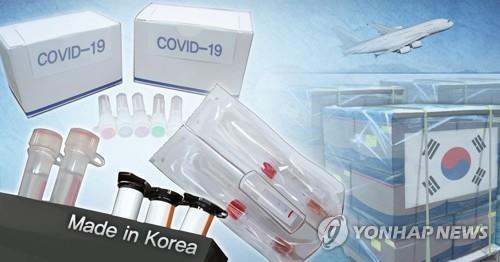 Korea's exports of virus test kits on decline since April

Korea's exports of virus test kits on decline since April