SEOUL, Aug. 17 (Yonhap) -- President Moon Jae-in suggested a meeting with the leaders of the ruling and opposition parties this month, which the main opposition party declined, the presidential office said Monday.

"(The presidential office) had prepared a meeting in August to invite party leaders and discuss overall state affairs, without limiting it to certain agenda items, in a candid manner," Choi Jae-sung, senior secretary for political affairs, said in a press briefing.

Choi said he had suggested holding the meeting on Friday but that the main opposition United Future Party (UFP) turned it down on Sunday.

Cheong Wa Dae said the proposed meeting was part of an earlier agreement to hold a quarterly meeting on state affairs with party leaders, such as those held in February and May this year.

"President Moon's proposal for a conversation is always open," Choi said, asking the political parties "to collect strength and wisdom" amid the continued COVID-19 pandemic and economic decline.

Cheong Wa Dae's suggestion is seen as part of efforts to cooperate with parties ahead of the September National Assembly amid weakening approval ratings for the Democratic Party and the president.

It could also have been a meeting to discuss ways for the parties to cooperate on dealing with the fallout from the new coronavirus and the recent heavy rains that battered the country's central region. 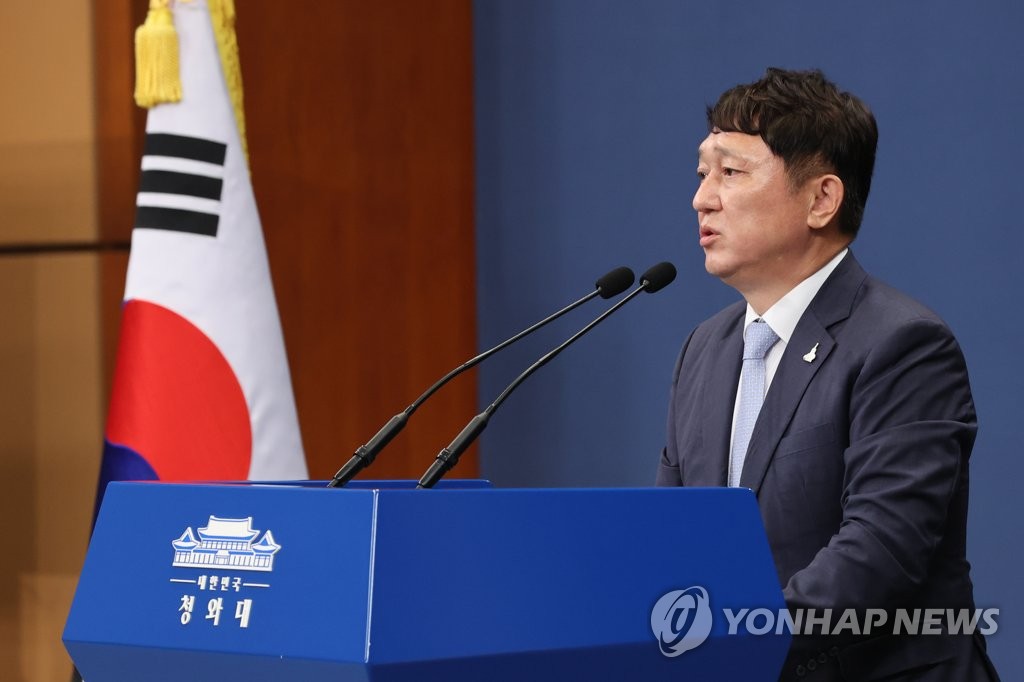