The country added 246 more COVID-19 cases, including 235 local infections, raising the total caseload to 15,761, according to the Korea Centers for Disease Control and Prevention (KCDC).

It was the fifth straight day with more than 100 cases, following 166 on Saturday and 103 Friday.

The country, which never had imposed a draconian lockdown, has been struggling to curb the spread of the virus while maintaining most business and daily activities.

As the new daily cases spiked, health authorities decided to raise the level of social distancing in Seoul and the surrounding Gyeonggi Province by one notch to Level 2 in the three-tier system for two weeks from Sunday.

South Korea said Tuesday the measure will be expanded to Incheon, just west of Seoul as well.

The scheme will still allow South Koreans to maintain most of their daily routines, but outdoor gatherings of more than 100 people will be strictly restricted. Sports events will be allowed without spectators. Any indoor meetings of 50 or more people are restricted as well.

The so-called risk-prone facilities, including karaoke rooms, clubs, PC cafes, and buffets will be ordered to shut down. The same goes for public facilities.

"If the situation is not brought under control despite the stricter measure, (the government) will swiftly raise the level of social distancing," Kim Sang-jo, presidential chief of staff for policy, told cable network JTBC. 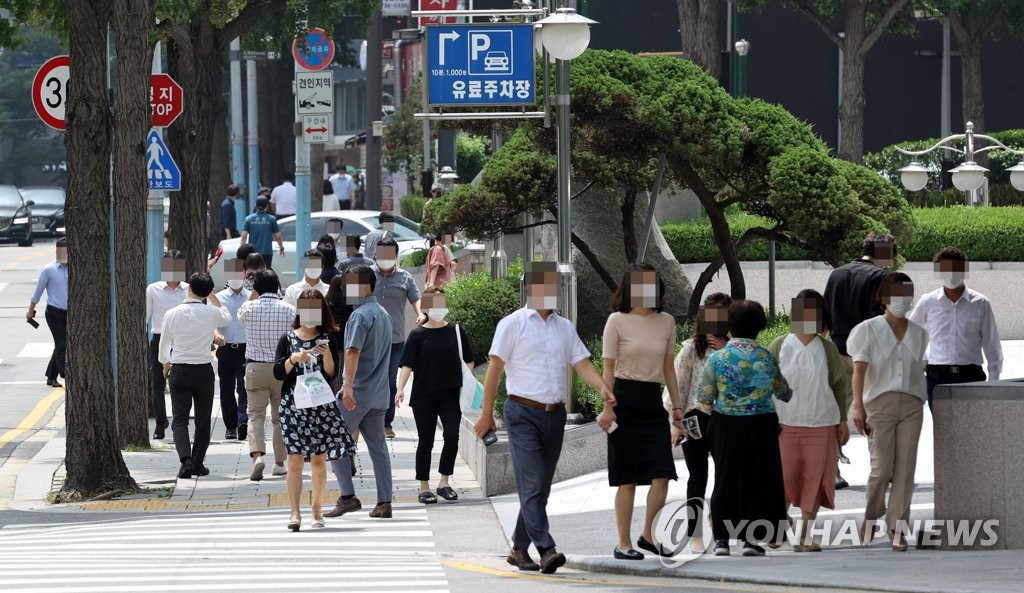 Of the newly identified local infections, 131 cases were reported from the capital city of Seoul, and 52 from the surrounding Gyeonggi Province.

Later in the day, the Seoul city government said 110 new cases were confirmed in the city Tuesday as of 6 p.m. Of them, 70 cases were traced to the Sarang Jeil Church in northern Seoul, a new hotbed for cluster infections.

A virus patient who earlier visited the church was found to have attended religious services at a Methodist church in northeastern Seoul last week. The church has some 140,000 congregants.

Infections tied to the Sarang Jeil Church have spiked to 457, up 138 from a day earlier, according to the health authorities. Those aged 60 and above accounted for nearly 40 percent. 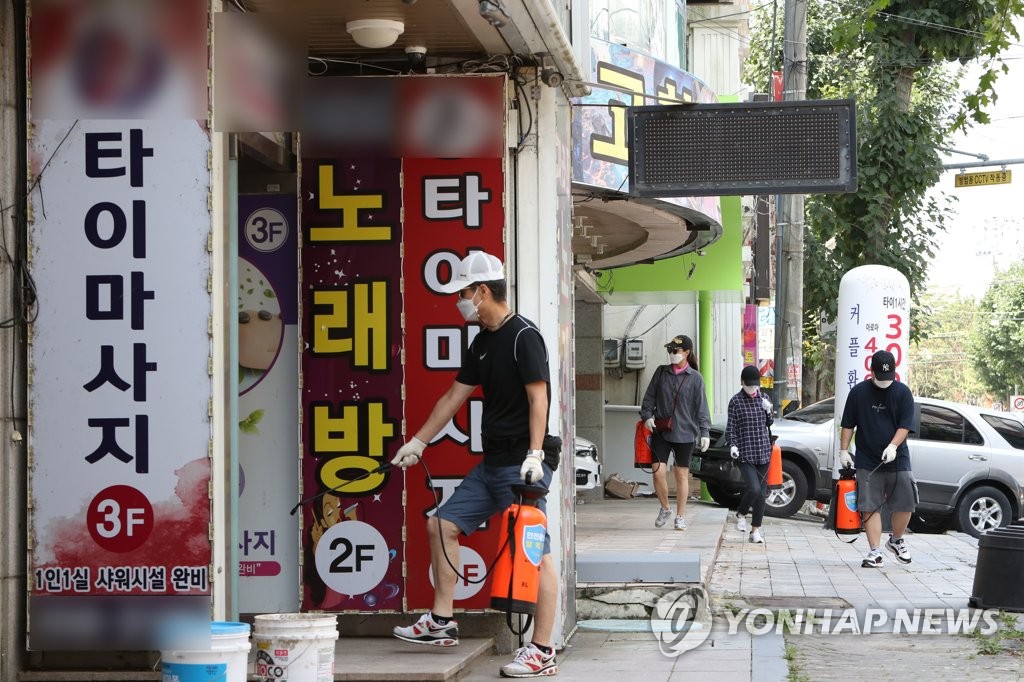 Following the enhanced distancing guideline announced on Tuesday, churches in the greater Seoul area will not be allowed to have in-person worship services. 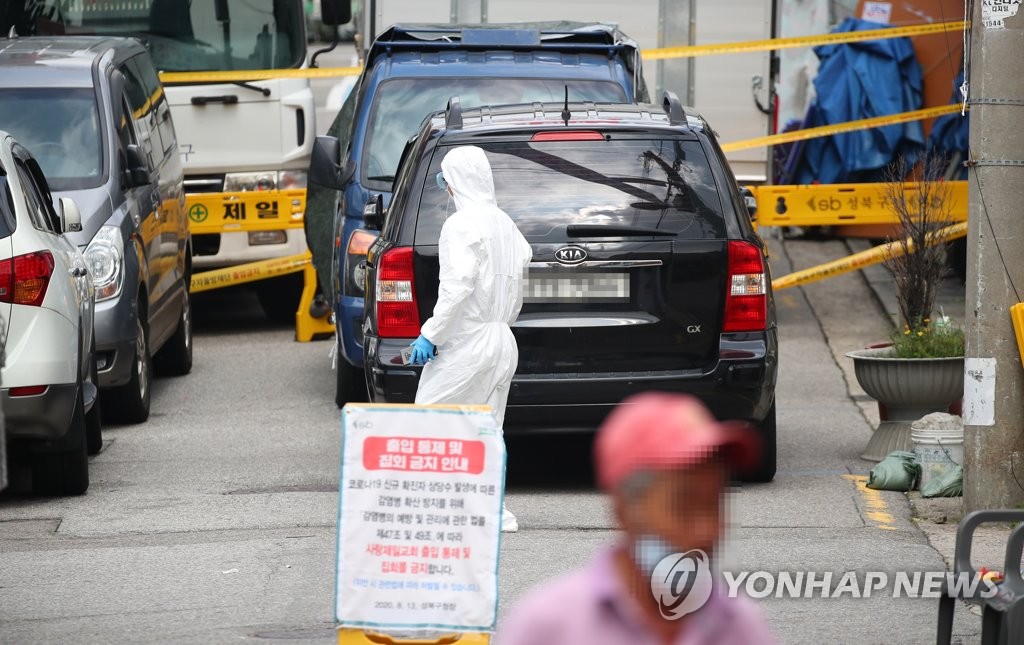