Lee made the case during a meeting with U.S. Ambassador to Seoul Harry Harris, stressing that the operation and functions of the working group should be upgraded in a way that "facilitates the development of inter-Korean relations and Korean Peninsula peace policy," according to Lee's office.

The minister said it's time to improve the forum to "Working Group Version 2.0."

"I believe we must restart inter-Korean dialogue and push ahead with cooperation in the humanitarian field ... and small-scale trade as the recent stalemate between the two Koreas and between North Korea and the U.S. has protracted," Lee told Harris before the closed-door meeting.

"Although the working group has received positive feedback on one hand for its effective discussions in terms of sanctions, I would like to mention that there was criticism that it has served as a hindrance to inter-Korean relations," he said.

Harris emphasized the working group has served as an "efficient mechanism."

"As a closest friend and ally of the ROK, the U.S. strongly supports inter-Korean cooperation and finding ways to do so through the working group, as this plays an important role in creating a more secure and stable environment," Harris said.

Harris added that he looks "forward to understanding more fully the parameters of working group 2.0."

South Korea and the United States set up the working group in November 2018 to coordinate their approaches on the North's denuclearization, humanitarian aid, sanctions enforcement and inter-Korean relations.

North Korea has lambasted the working group as a hindrance to progress in inter-Korean relations. Some critics in Seoul also say it has served as a roadblock in seeking cross-border exchanges and cooperation, citing projects that run counter to global sanctions.

Tuesday's meeting was Lee's first with Harris since he took office last month.

The two sides could have also discussed Lee's push for small-scale trade with the North in humanitarian areas to expand cross-border exchanges, which he has pitched as a "creative" way to avoid violating sanctions against the North.

Lee has argued that "small-scale trade" or bartering rice and medicine from the South for mineral water from Mount Kumgang and Mount Paekdu in the North can also avoid violating sanctions as it does not involve sending "bulk cash" to the North.

The minister earlier said South Korea should pursue inter-Korean humanitarian cooperation independently of the "working group" forum set up to coordinate North Korea policy with the United States but stressed it will continue to maintain communication with the U.S. 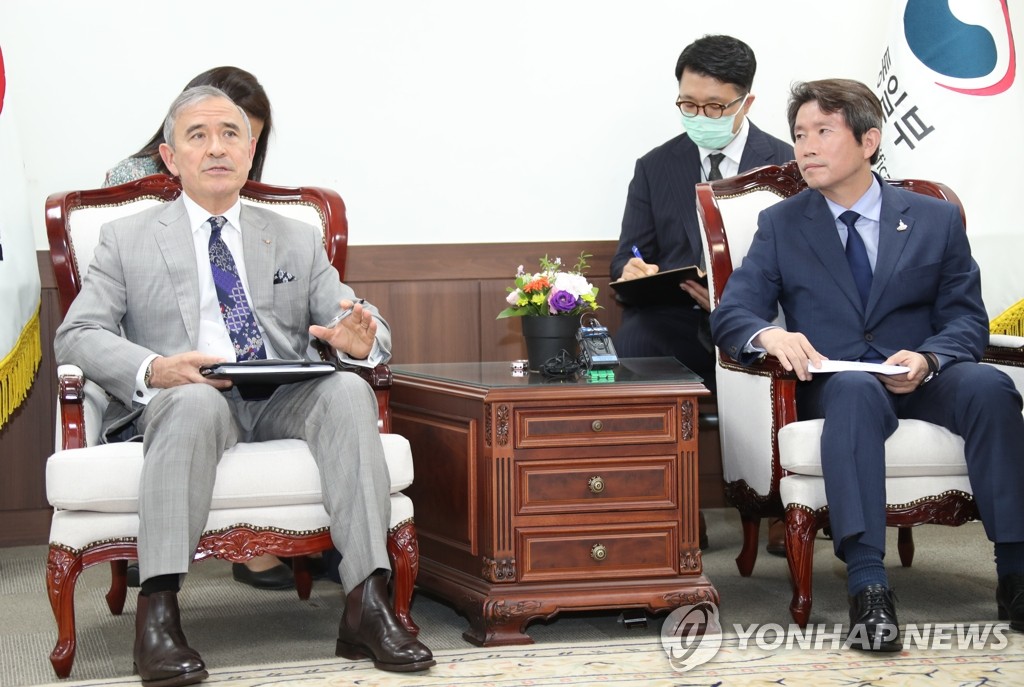 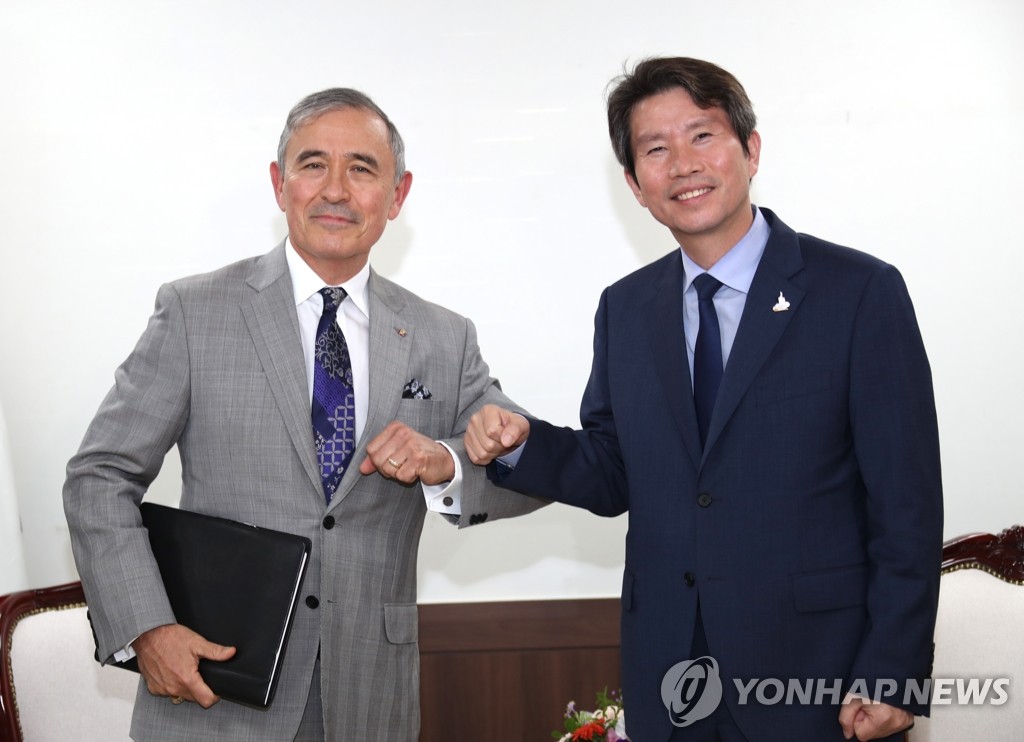