Directed by Jo Sung-hee, the film features a group of space scavengers who hunt for debris to make money in the year 2092 in a fictional universe where Earth is nearly destroyed by pollution and a group of upper class people build a new habitable world in outer space.

"It was very fresh and challenging that I could participate in the first Korean space sci-fi film," Song said Tuesday in a press conference held online. "It's as if Director Jo has opened a new chapter in the history of Korean film." 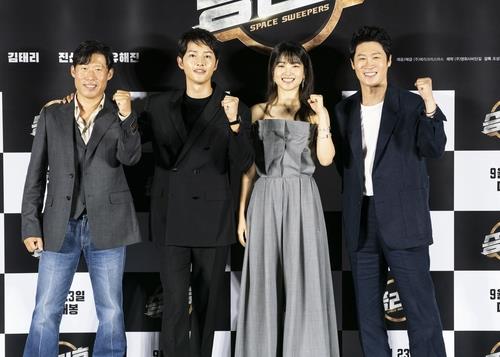 Jo and Song previously worked together in the 2012 fantasy drama film "A Werewolf Boy," whose fairy tale-like story appealed to younger audiences and attracted more than 7 million audiences at the box office.

"Director Jo told me his idea of a space opera at that time, and I thought it was wonderful," said Song, who rose to stardom thanks to the success of "A Werewolf Boy."

"Since then, he has developed the story for about 10 years, so the storyline, characters, designs and everything were fully established."

She pointed out that "Space Sweepers" will break down fixed tropes of Hollywood space films, such as elite scientists in white spacesuits working in an opulent spacecraft. Instead, her new film pictures average people, such as neighbors or friends, who have to eke out a living amid everyday hardships, Kim said.

"Our film is humble. Characters wear torn clothes or ripped socks, and they have rude conversations," she said. "It's about our stories." 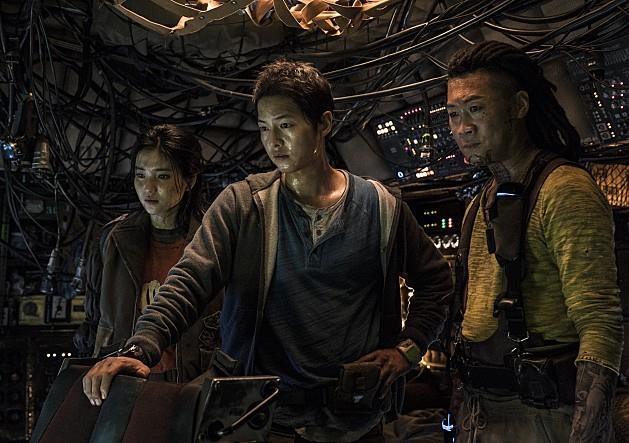 "I was first asked only to do voice acting, but I wanted to take part in motion capture as well," said Yoo, who has carved out a standout career as a weighty supporting character actor in the Korean film industry. "I thought that's the best way to breathe more life into the unrealistic, computer-generated character."

Director Jo said he wanted to create a Korean-style space sci-fi movie for his third commercial film -- following "A Werewolf Boy" and "Phantom Detective" (2016) -- that has Koreans traveling in space and playing a role in removing space garbage.

"This movie is based on imagination, not on factual evidence. It shows a new world that we've never seen," he said. "But characters in that world are just like us. They are not Hollywood heroes. They are normal Koreans but on a spaceship."