SEOUL, Aug. 18 (Yonhap) -- Bracing itself for another round of the new coronavirus outbreak, South Korea opted to tighten anti-virus curbs, such as expanding tougher measures to outside the greater Seoul area and banning in-person worship services at churches, in last-ditch efforts to curb a new flare-up in virus cases.

The country on Tuesday reported 246 more COVID-19 cases, including 235 local infections, raising its total caseload to 15,761, according to the Korea Centers for Disease Control and Prevention (KCDC).

In particular, the number of COVID-19 cases over the past five days reached more than 1,000, with more than 800 of them detected in the capital Seoul and the adjacent area, home to nearly half of the nation's 50 million population. 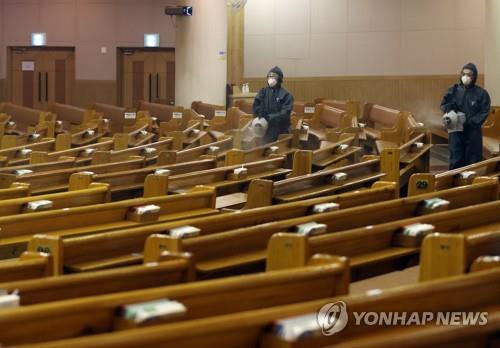 On Sunday, South Korea raised the social distancing level in Seoul and the surrounding Gyeonggi Province by one notch to Level 2 in the three-tier system for two weeks, to stem the spread of the virus, but the government did not fully enforce anti-virus measures.

The recent spike, mostly tied to churches, has rekindled the need to further tighten the level of distancing in everyday lives.

Under the new measure, the government will fully enforce the virus prevention measures starting from midnight, and it added a port city of Incheon, west of Seoul, to the list of areas subject to the Level 2 distancing.

Sports events are being held without fans, and the operation of public facilities is suspended. High-risk facilities, such as bars, have to suspend operations, while other facilities are mandated to follow safety guidelines.

"It was not easy for the government to make this decision since these measures affect people's business and daily lives," Prime Minister Chung Sye-kyun said. "However, we ask people to understand that the capital area is in a very grave situation."

The enhanced measures came after the country reported multiple cluster outbreaks in the densely populated capital area, with cases being reported from various facilities, including offices, cafes and schools.

Cases connected to churches have been especially putting a strain on the country's virus fight.

So far, infections tied to the Sarang Jeil Church in northern Seoul have surpassed 450. The outbreak has led to infections at nursing hospitals and call centers. Cases linked to the Woori Jeil Church in Yongin, south of Seoul, have reached above 140.

"Our quarantine and medical systems' response capability got better with past experiences, but we are now in a situation where the spread of massive infections may not be easily contained," said Vice Health Minister Kim Ganglip. 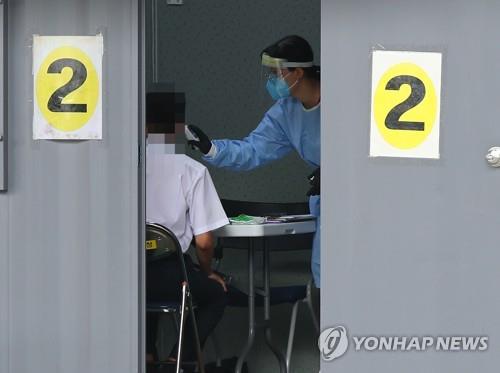 Despite tightened measures, some infectious disease experts urged health authorities to adopt stricter measures in advance, as outbreaks in the greater Seoul area are likely to prolong and could spark another wave of COVID-19 infections.

The country had struggled with massive infections in late February and early March, when a large number of cases were traced to a minor religious sect, Shincheonji, in Daegu.

The Level 3 social distancing can be applied if the country's average daily rise in local virus infections stays above 100 over two weeks. The doubling of new daily virus cases should also occur at least twice in a one-week period.

All sports events are banned, and the operation of public facilities is suspended. Schools are required to shift to remote learning and to stop holding in-person classes, while companies are advised to order their workers to work from home.

Health authorities said they are open to raising the anti-virus measures to the Level 3 distancing if the situation gets worse, emphasizing that the country is at a "critical juncture" of stopping another nationwide wave of COVID-19 infections.

"If we cannot stop the spread of the virus, people's daily lives could be put on hold," said Kwon Jun-wook, deputy chief at the Central Disease Control Headquarters. "If the situation cannot be controlled, then our social distancing scheme needs to be raised to Level 3." 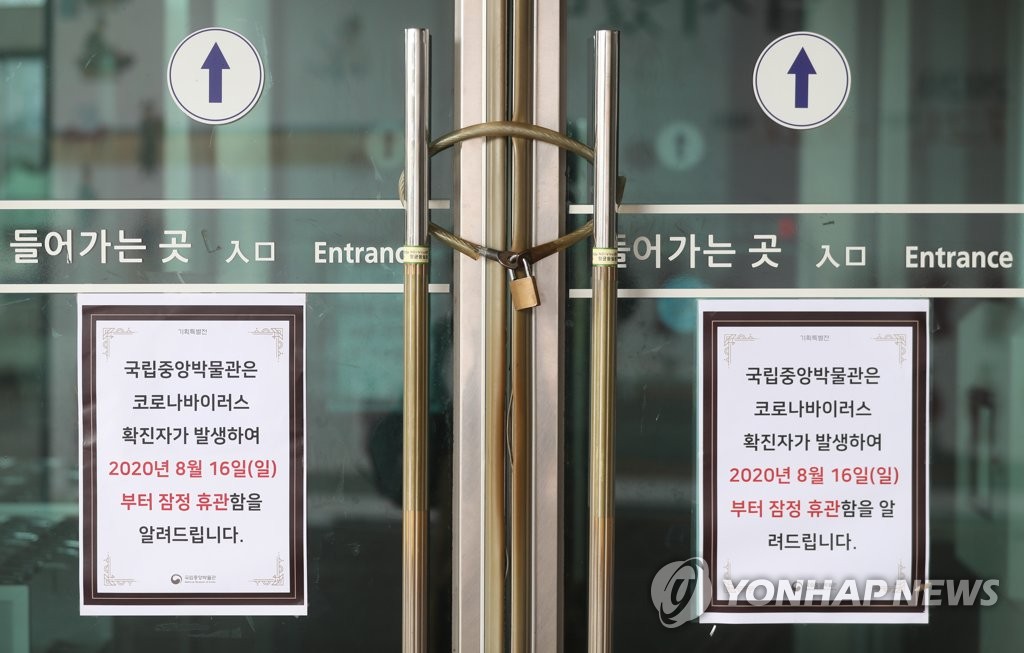 Between March 22 and April 19, South Korea enforced strict social distancing measures and managed to flatten the virus curve that had ballooned due to cases tied to Shincheonji followers.

"Some people might think the spread of the virus has just started, but we should know that the recent figures only reflect cases detected by health authorities," said Ki Mo-ran, an epidemiology professor at the National Cancer Center. "The country should expand the scale of virus testing quickly so that more people can get tested. We also need strict measures against those who violated quarantine measures."

After all, experts said the country's virus fight depends on people's attitudes toward social distancing and virus preventive measures.

"People's alertness may have loosened after the country adopted its 'distancing in daily life' scheme for quite some time," said Chun Byung-Chul, an epidemiologist at Korea University. "It is likely that the virus cases are to increase for a while, but if we can tighten social distancing and other virus preventive measures, I believe we can overcome the risks."