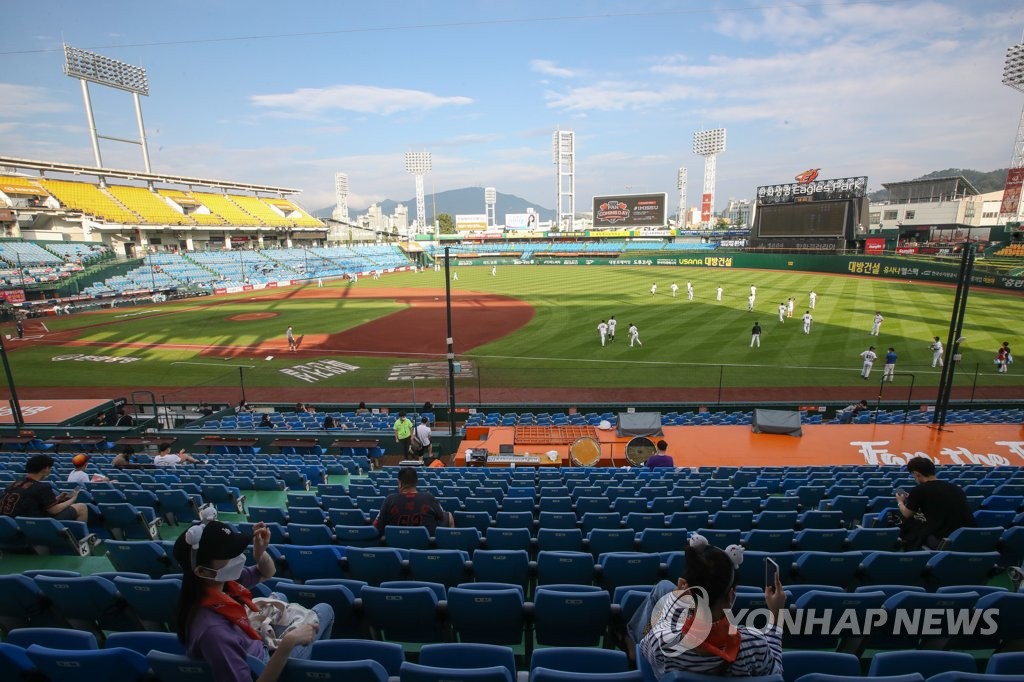 And on Sunday, the SK Wyverns decided to close their home park in Incheon, just west of Seoul, for their six-game homestand this week.

Daejeon, Changwon and Daegu aren't subject to stricter measures being implemented in the capital region, but the the three teams there took a preemptive step in trying to prevent further spread.

The Eagles said the metropolitan government of Daejeon asked for the ball club's support in strengthening prevention and control measures for COVID-19. 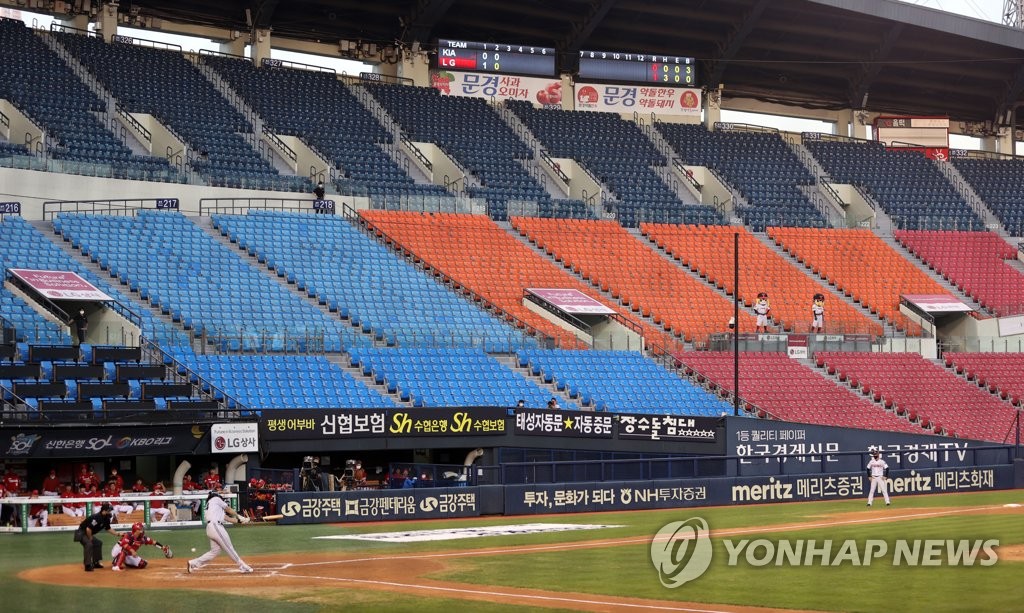 The Dinos had fans in the stands for Tuesday's game against the Heroes, but kept cheerleaders off stage. Changwon NC Park will be closed for Wednesday's game.

The Dinos said their action was in response to the neighboring city of Busan being placed under tougher social distancing guidelines.

The Lions also played Tuesday's game with fans in the seats at Daegu Samsung Lions Park, but the stands will be empty Wednesday.

South Korea reported 246 new cases Tuesday, with 235 of them being local infections.

Tuesday's development leaves the Kia Tigers, based in Gwangju, 330 kilometers south of Seoul, as the lone KBO club not to have closed doors to fans. The Tigers are playing in Seoul Tuesday and Wednesday, and have a two-game series at home on Thursday and Friday. 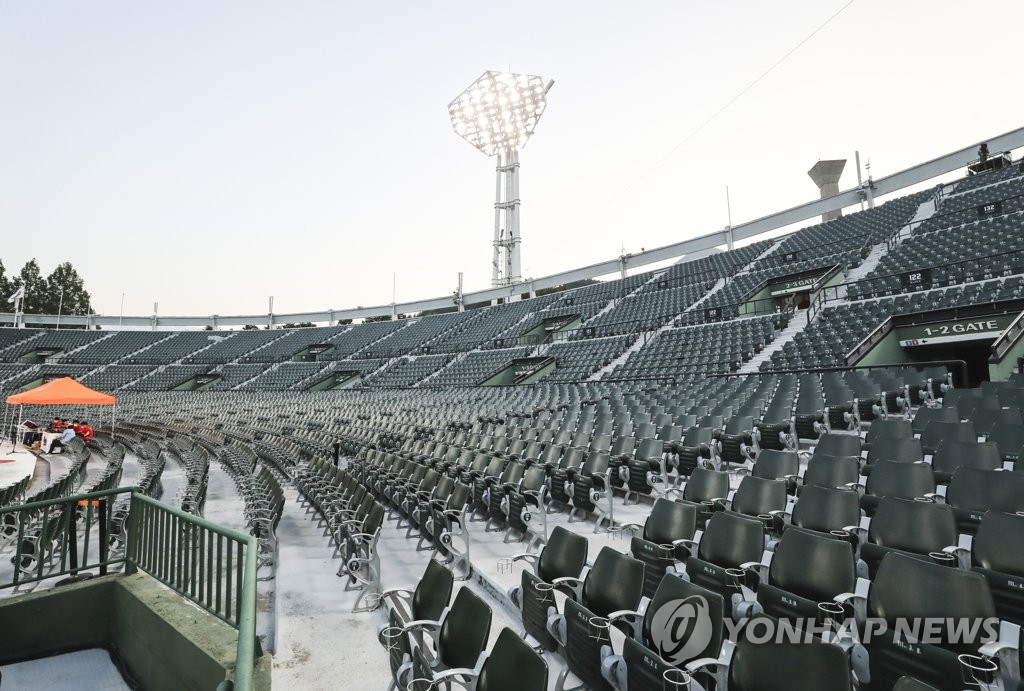 The KBO season began on May 5, rather than the originally scheduled March 28, because of the COVID-19 outbreak, and teams didn't have fans in the seats until July 26 -- at 10 percent of the stadium capacity, at that.

Then starting last week, the cap on the crowd size was raised to 25 percent. It barely lasted a week, though, as the nation braces itself for a new wave of infections. 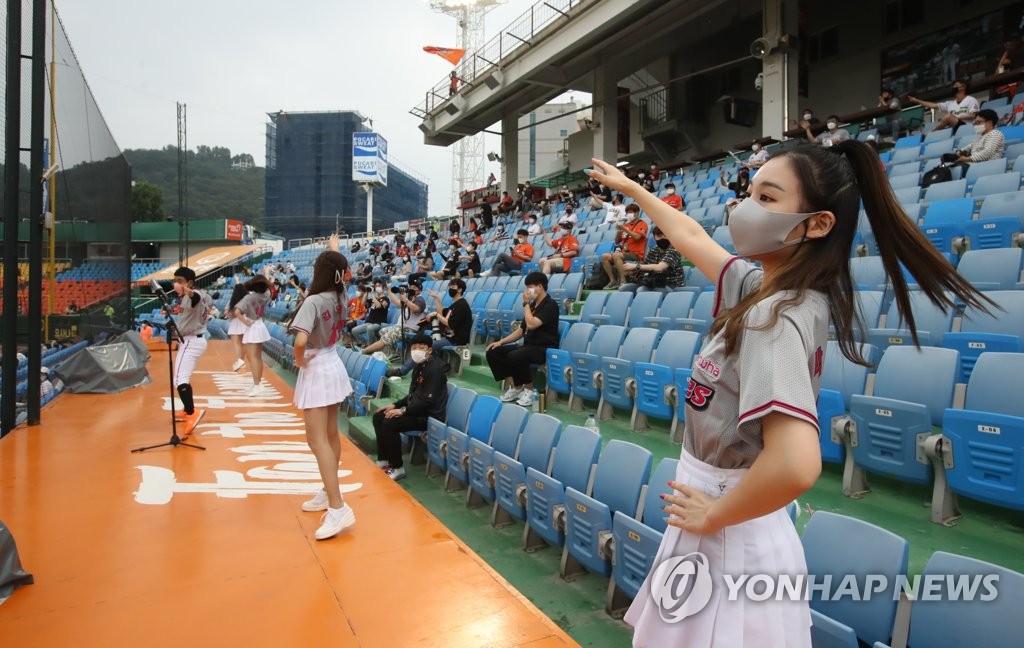