Amid record low interest rates and measures to restrict jeonse contracts for certain types of apartments, a growing number of homeowners want to receive monthly rental fees instead of jeonse.

Hong said the government will lower the ratio to 2.5 percent, hoping to encourage homeowners to keep their jeonse contracts.

The soaring home prices in the greater Seoul area have been a headache for policymakers, as President Moon Jae-in's approval rating has nose-dived amid public uproar. 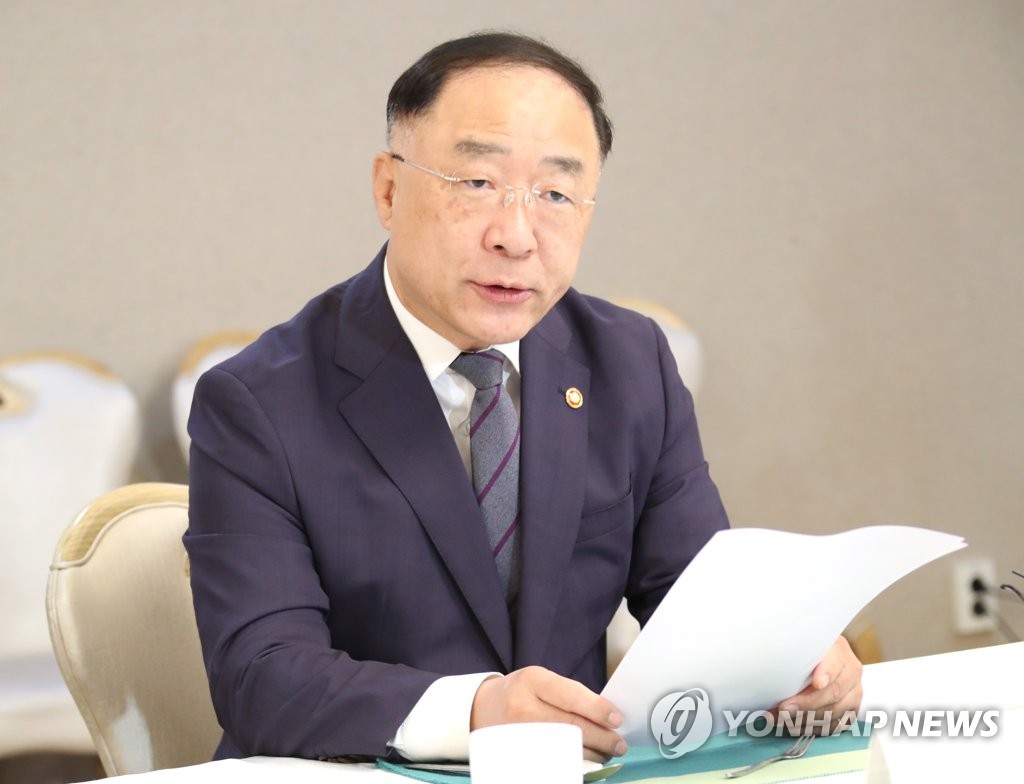 Earlier this month, the government announced it will supply 132,000 homes, including 110,000 homes in Seoul, in the capital city and the neighboring areas by 2028 by easing restrictions on the construction of residential buildings.

Hong said the government is also investigating speculative investments on homes worth more than 900 million won (US$759,429).

Separately, Hong ruled out the possibility of a fourth extra budget, saying that reserve funds are sufficient to support recovery projects on flood damage.

The government "should draw up an extra budget if recovery funds are insufficient, but we can cover the costs of recovering through reserve funds," Hong said in a Facebook post.

The government's reserve fund is currently worth about 2.6 trillion won.