SEOUL, Aug. 19 (Yonhap) -- The United States flew four bombers near the Korean Peninsula simultaneously earlier this week to show its commitment to the defense of partner nations on the eve of joint military exercises with South Korea, the U.S. Indo-Pacific Command said.

The demonstration of airpower took place Monday, a day before the launch of the South Korea-U.S. summertime combined exercises. The drills, set to run until Aug. 28, are meant to maintain their combined defense posture, officials said. 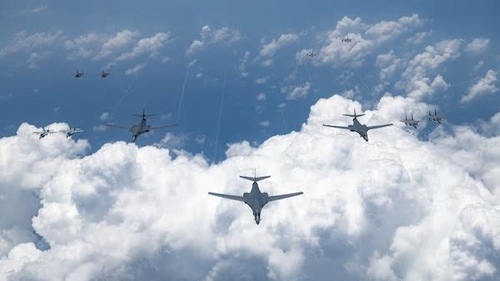 According to the Indo-Pacific Command, four B-1 Lancers and two B-2 Spirit Stealth Bombers conducted Bomber Task Force (BTF) missions at the same time over the course of 24 hours Monday.

Four B-1s -- two from Ellsworth Air Force Base in South Dakota and another set from its Guam base -- flew to the East Sea, according to the command.

They then joined four F-15C Eagles from Japan's Kadena Air Base, as well as the USS Ronald Reagan Carrier Strike Group, and conducted large force exercise training, according to the command.

Two B-2 bombers took off from Whiteman Air Force Base in the U.S. and "delivered their own unique capabilities" in the Indian Ocean, it added.

"Our unique strength as an Air Force is our ability to generate integrated actions with our joint teammates and allies and partners to challenge competitors in a time and place of our choosing," Gen. Ken Wilsbach, commander of the Pacific Air Forces, said.

"These simultaneous airpower missions demonstrated our capacity and readiness to deliver a wide range of proactive, scalable options to quickly deploy our forces to support our mission of ensuring a free and open Indo-Pacific theater," he added.

The large-scale operation also came days after China conducted massive military exercises in and around the Taiwan Strait. Some Chinese media outlets reported that Beijing's rare move is to send a strong signal to secessionists in Taiwan amid growing U.S. support for Taipei.

EP-3E Aries II is one of the key electronic warfare and reconnaissance aircraft by the U.S. military utilizing state-of-the-art electronic surveillance equipment. The U.S. has often deployed such planes to the Korean Peninsula in an apparent mission to monitor North Korea.

North Korea has strongly opposed combined military exercises between South Korea and the U.S., calling them a rehearsal for invasion of the North, though Seoul and Washington say they are defensive in nature.

This year, however, Pyongyang has not made official responses to the summertime program. The communist country is set to hold a plenary party meeting Wednesday to discuss issues for the enhancement of the party's "fighting efficiency." 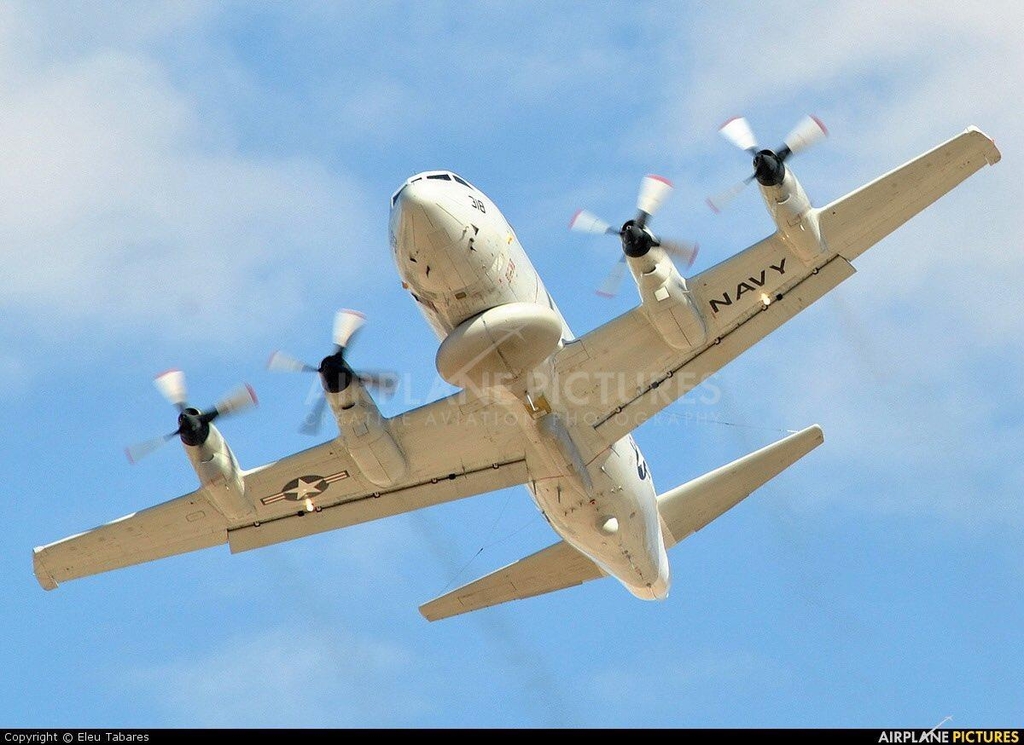