SEOUL, Aug. 19 (Yonhap) -- A continued surge in church-related infections put the greater Seoul area on edge Wednesday, prompting the government to consider tougher measures against a church at the center of the COVID-19 resurgence.

South Korea reported 297 new infections, the largest number of cases since early March, which has raised the country's total caseload to 16,058, according to the Korea Centers for Disease Control and Prevention (KCDC).

A civil servant working at Seoul City Hall was confirmed to be infected with the virus. City authorities closed the main building for disinfection work.

Later in the day, at least 16 students at a sports facility tested positive, though infection routes are unclear. Authorities are looking into the possibility of the virus spreading at other such facilities or schools connected to the students.

While infections were reported at various other facilities, including several other churches in the capital, the majority of the recent infections were tied to Sarang Jeil Church in northern Seoul. Its pastor Jun Kwang-hoon has led anti-government street rallies. In the most recent large-scale demonstration held in Gwanghwamun on Saturday, thousands of people chanted slogans, sitting close to one another. 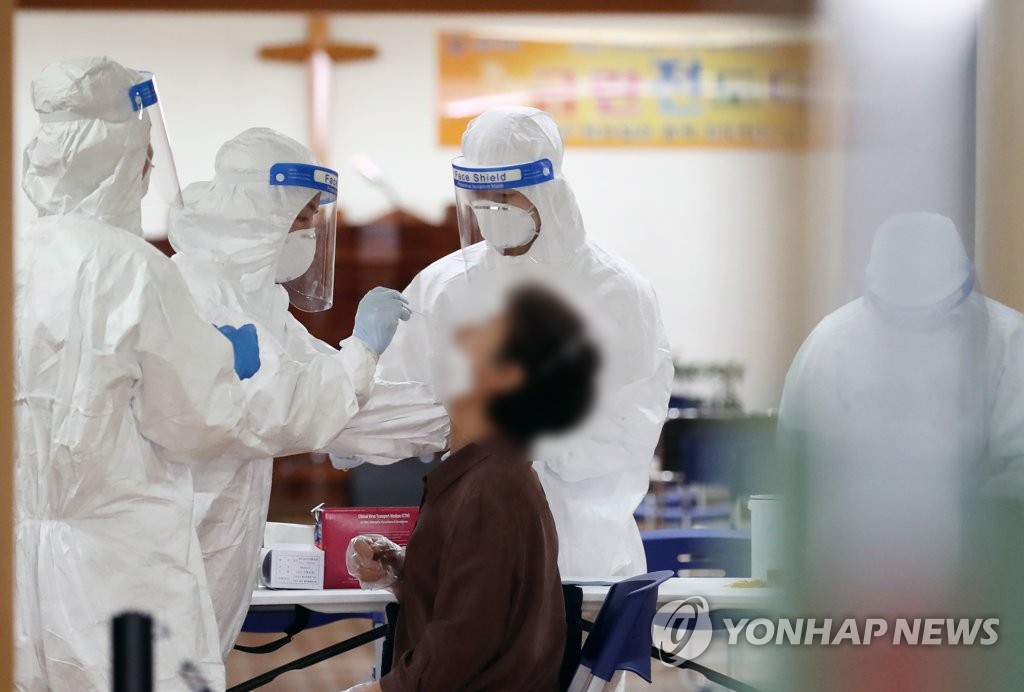 The number of cases linked to Sarang Jeil Church reached 623 as of noon, according to the KCDC.

Jun himself has tested positive, and health authorities are screening church members and demonstrators based on a list submitted by the church. The list, however, has turned out to be inaccurate, raising concerns over infected people unconsciously spreading the virus across the country.

"The screening tests have not yet been completed as the church has not submitted an accurate list amid concerns of a nationwide spread," Prime Minister Chung Sye-kyun said in a daily government response meeting.

"At the moment, it's a fight against time," he said, "The Seoul city government should closely cooperate with the prosecution and police to push for legal means, such as a compulsive administrative inspection to secure (an accurate) list." 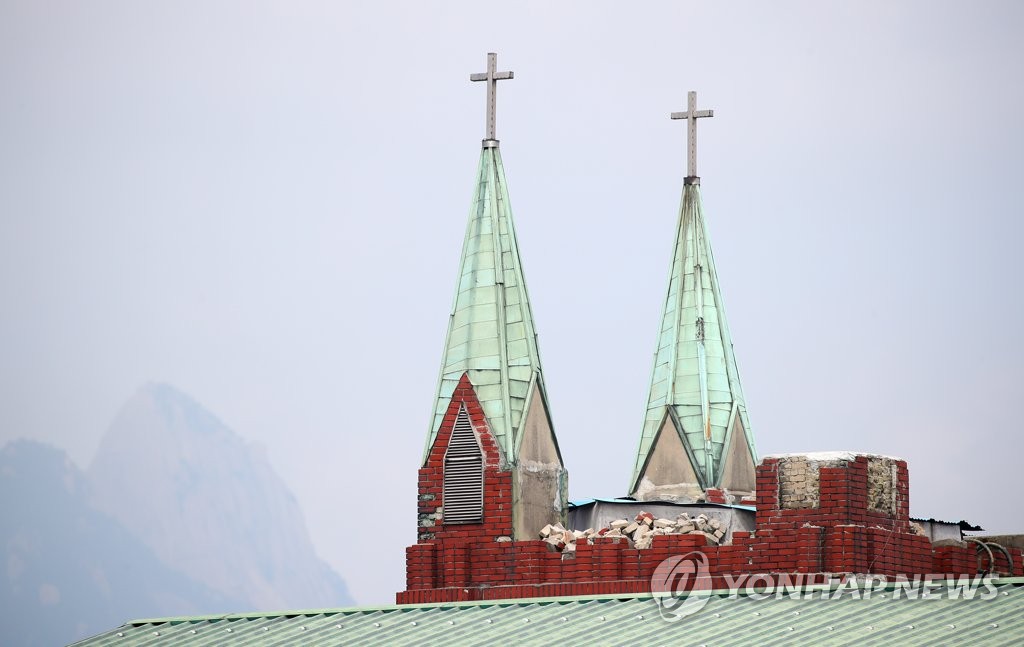 Chung emphasized that the government will take stern action, such as filing a compensation suit, against those who disturb ongoing screening tests and epidemiological studies.

The city government, which has filed a criminal complaint against Jun, said it plans to also file suits against individuals for "wasting administrative resources and budget by evading, lying or disobeying during screening and tracing procedures," acting Mayor Seo Jeong-hyup said in a press briefing.

Seo also imposed an order for all Seoul residents who attended rallies in Gwanghwamun on Aug. 8 and 15 to be tested for the virus. Demonstrators who later test positive will face up to 3 million won (US$2,534) in fines for breaking the Infectious Disease Control and Prevention Act, he said.

Police, meanwhile, mobilized more than 8,500 officers to trace Sarang Jeil Church members who remain unaccounted for. Of the church's estimated 4,000 members, 3,200 are under quarantine and 2,500 have been tested. Some 800, however, have yet to be located.

The prime minister, however, said South Korea is not yet at the stage of considering Level Three social distancing, which would impose stricter anti-infection measures compared with the current Level Two scheme.

"Raising (the social distancing level) to Level Three, which would ban meetings of 10 or more people, would substantially shock the citizens' lives and economy," he said. "The priority now should be to block the current situation from developing into one that calls for Level Three." 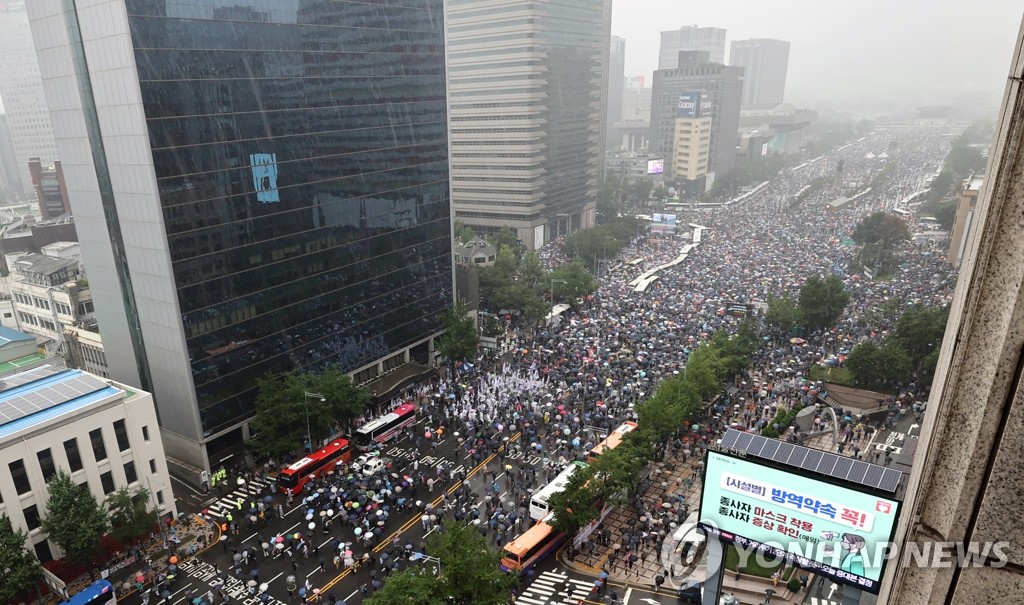 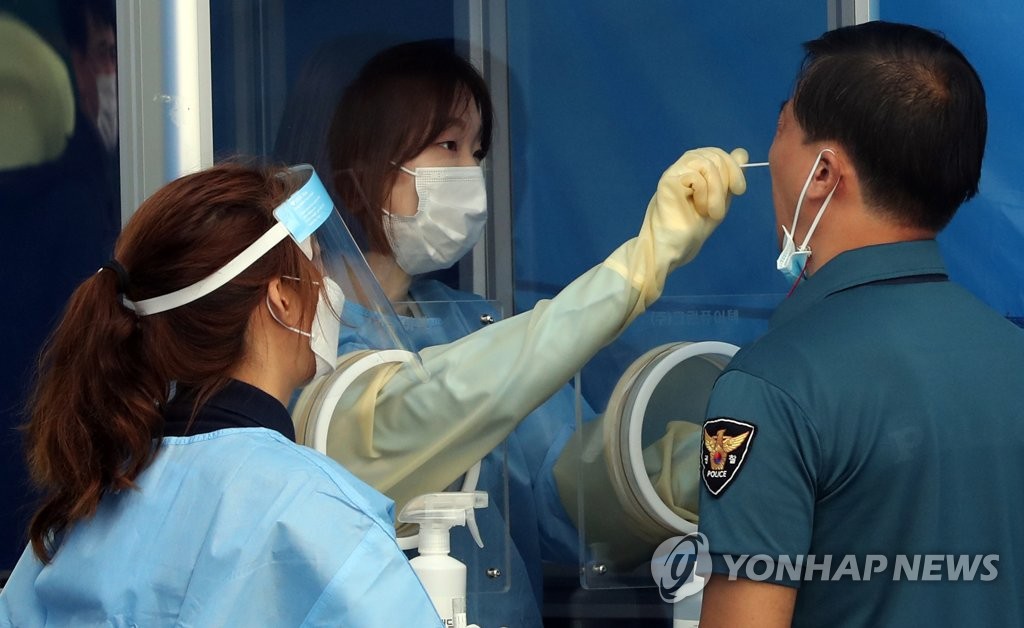 In addition to raising the social distancing level by one notch over the weekend, the government on Tuesday announced a decision to prohibit churches in Seoul and nearby areas from carrying out all in-person activities.

Under the current social distancing measure, indoor gatherings of 50 or more people and outdoor events of 100 or more people are also prohibited, while citizens are advised to stay at home except on necessary occasions.

In Seoul, 12 types of high-risk facilities, including 5,134 nightlife facilities, 7,735 karaoke facilities and internet cafes, as well as 402 private sector education institutions with 300 or more students, have been suspended until further notice.

The Level Three calls for restrictions on all outdoor activities except for essential social and economic purposes. Gatherings of 10 or more people are not permitted, and all sports events are suspended.