SEOUL, Aug. 19 (Yonhap) -- Two South Korean football clubs announced Wednesday they will close down their home stadiums as a precaution, with the country struggling to contain a surge in coronavirus cases.

Daegu FC of the K League 1 announced first that DGB Daegu Bank Park in Daegu, 330 kilometers southeast of Seoul, will remain closed to supporters until further notice, beginning with their next home match against Gwangju FC on Aug. 30.

"The number of COVID-19 cases has been rising rapidly across the nation, and the city of Daegu wanted to prevent further local spread," the team said in a statement.

Hours later, Gwangju FC, too, said they will start playing home matches without fans, starting with a tilt against FC Seoul on Saturday at Gwangju Football Stadium in Gwangju, 330 kilometers south of Seoul.

The club said the city of Gwangju asked the team to start playing behind closed doors in order to help prevent further spread of the virus. 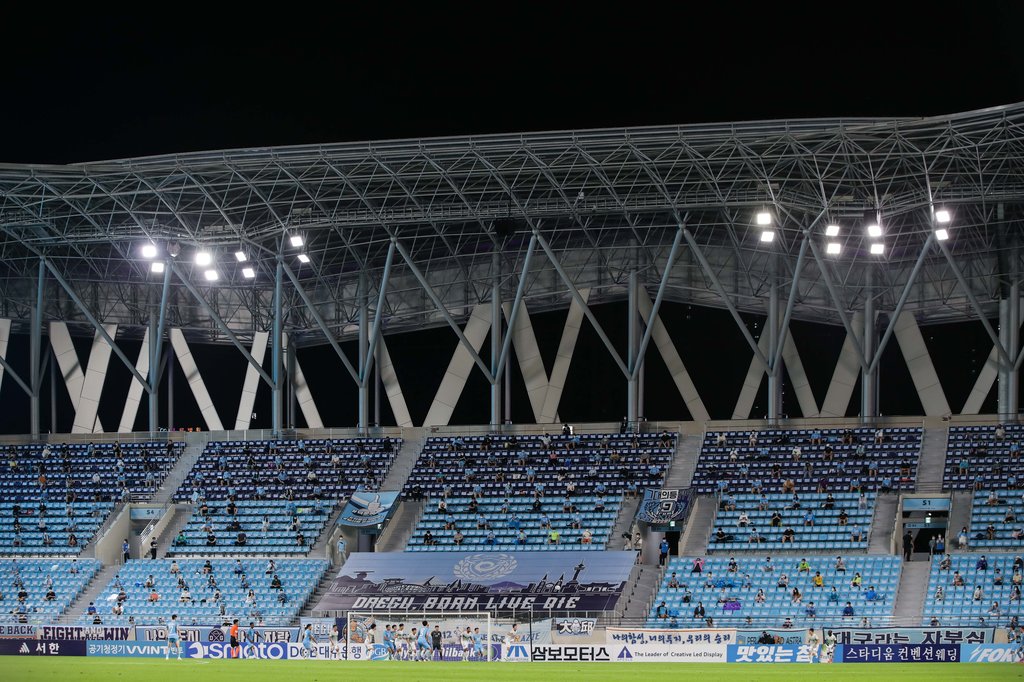 Daegu didn't report any local infection from July 4 to Aug. 14, but it has seen a dozen cases, related to cluster infections in the capital region, over the past four days.

Both Daegu and Gwangju aren't yet subject to tighter social distancing guidelines that are being applied to three other metropolitan cities, Seoul, Busan and Incheon, plus Gyeonggi Province in the capital region.

Under those tougher measures, sports teams in those areas are required to play home games without spectators. In the 12-team K League 1, FC Seoul, Incheon United, Busan IPark, Suwon Samsung Bluewings and Seongnam FC will be playing behind closed doors. In the second-tier K League 2, Seoul E-Land FC, Bucheon FC, FC Anyang and Ansan Greeners FC will do the same.

Also in the K League 2, Chungnam Asan FC, based in South Chungcheong Province, have decided to close their stadium as a preemptive step to guard against the spread of the virus.

Daegu FC and Gwangju FC are the first two K League 1 clubs to voluntarily close their stadium gates. They're expected to be joined by others in the coming days. 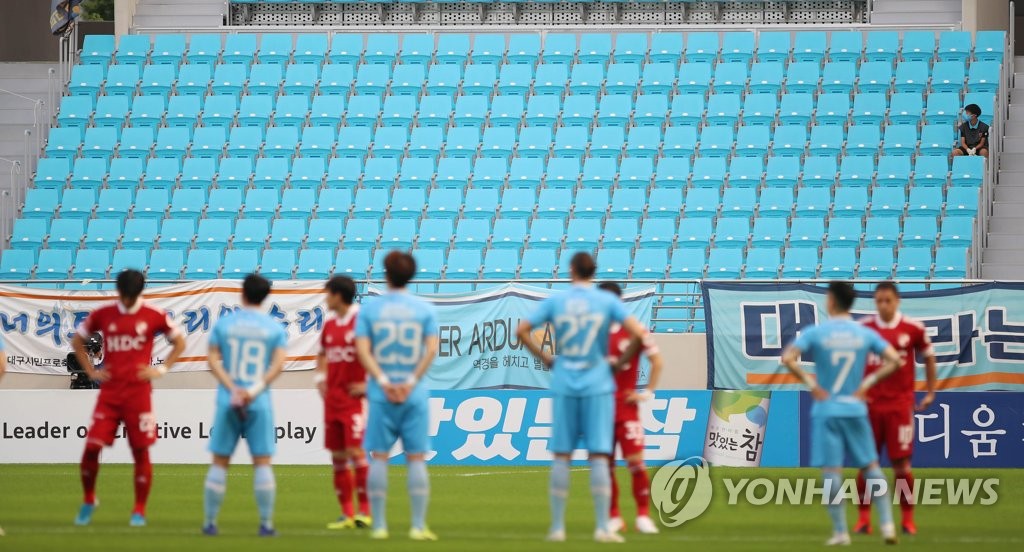 The K League 1 season kicked off on May 8, more than two months behind schedule, due to the coronavirus outbreak. Teams started out without supporters in the stands, and the stadium gates finally opened on Aug. 1.

In the early going, clubs were only allowed to operate stadiums at 10 percent of capacity. The cap was raised to 25 percent only last Friday.

Without gate receipts most of the season, K League clubs have been struggling financially. They have been in talks with the players' union about possibly cutting player salaries during the pandemic-hit season. 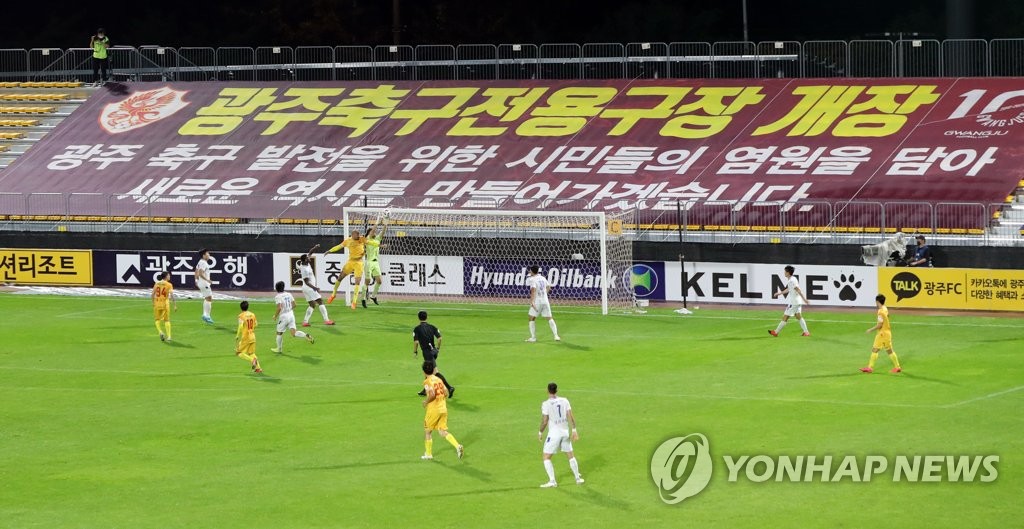