SEOUL, Aug. 19 (Yonhap) -- Samsung Electronics Co. remained the top TV vendor in the first half of the year, a report showed Wednesday, despite a contraction of the global TV market due to the novel coronavirus pandemic.

Samsung accounted for 31.3 percent of the world TV market in terms of value in the first six months, according to market tracker Omdia, up 1.3 percentage points from a year ago.

Brisk sales of QLED TVs and strong performances in North America and Europe in the second quarter of the year helped Samsung maintain its status. 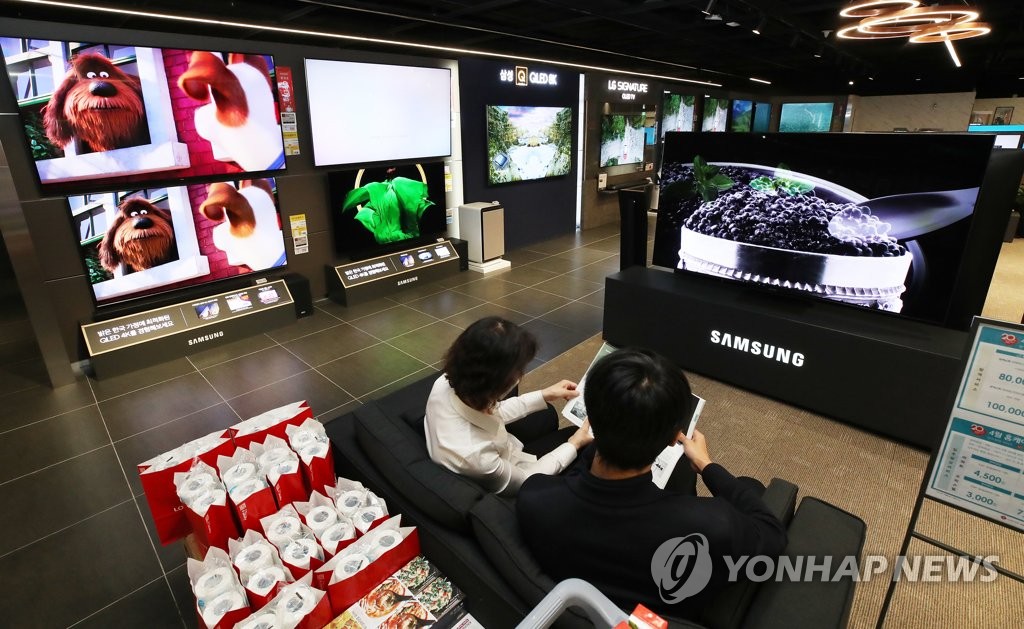 In the first half of the year, global TV shipments reached 91.87 million units, down 7.7 percent from a year earlier, as the pandemic subdued consumer spending. In terms of value, the market contracted 17.8 percent on-year to US$39.7 billion, according to Omdia.

LG Electronics Inc. was the runner-up to Samsung with a 17 percent market share in the first half of the year, up 1 percentage point from a year ago, Omdia data showed.

In terms of shipments, LG was also second with an 11.7 percent market share after delivering 10.79 million TVs. However, when it comes to the second quarter alone, the company came in third behind China's TCL.

Industry observers said TV sales in the second half are likely to be larger than the first half due to promotional events around Thanksgiving Day and year-end holidays, though a resurgence of virus cases in many countries could dampen their efforts.