Two Tu-95MS strategic bombers and four other military jets entered the Korean Air Defense Identification Zone (KADIZ) near South Korea's easternmost islets of Dokdo in the East Sea early Wednesday without prior notice, according to the officials.

They stayed in the zone for about 20 minutes before moving into Japan's air defense zone, the officials said, adding that none of the aircraft violated South Korea's territorial airspace.

Upon detecting the first plane entering the KADIZ, the South Korean Air Force scrambled fighters, including F-15K and KF-16 jets, and took "due measures" to drive them out, they added.

Russia's defense ministry said in a statement that two Tu-93MS platforms conducted "a prearranged flight over the neutral waters" for about seven hours.

Russian warplanes violated the KADIZ at least 20 times in 2019 alone, according to military officials.

In order to prevent such cases, South Korea and Russia have been pushing to set up a military hotline between their air forces to exchange flight information, according to Seoul's Joint Chiefs of Staff. 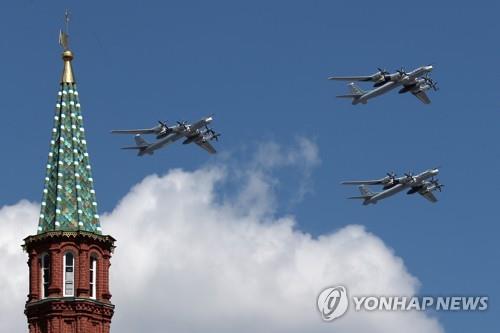