SEJONG, Aug. 20 (Yonhap) -- South Korea's household income rose in the second quarter from a year earlier, thanks to the government's emergency handouts to ease the fallout of the coronavirus pandemic, a report showed Thursday.

The average household earned 5.27 million won (US$4,473) per month in the second, up 4.8 percent from the previous year, according to the report by Statistics Korea.

In May, the government offered the relief funds totaling 14.3 trillion won to all households, as part of efforts to cushion the economic fallout from the new coronavirus.

The amount of the handouts varies from 400,000 won for single-person households to 1 million won for households with four or more members.

Hit by the prolonged pandemic, household income earned through wages, however, fell 5.3 percent on-year in the second quarter, and income from business operations declined 4.6 percent in the quarter. 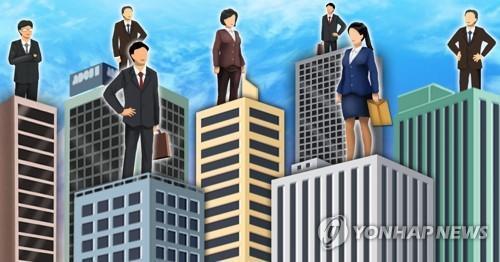 The average monthly income of the bottom 20 percent income bracket gained 8.9 percent on-year to 1.17 million won in the second quarter.

In comparison, households in the upper 20 percent income range earned 10.03 million won per month in the second quarter, up 2.6 percent from a year earlier.

Consequently, the country's distribution ratio for disposable income, a key barometer of earnings equality, reached 4.23 in the second quarter, down from 4.58 from a year earlier. A bigger ratio means increased inequality in income distribution.

South Korea has promised relief packages worth some 270 trillion won to ease the economic fallout from the virus.

The nation's economy shrank 2.9 percent on-year in the second quarter of the year, marking the sharpest quarterly contraction since 1998.