The number of combined viewers for "Evil," starring Hwang Jung-min and Lee Jung-jae, reached 3.87 million as of early Wednesday, surpassing the 3.79 million aggregate tally for "Peninsula," according to the data by the Korean Film Council.

For the entire year to-date, "The Man Standing Next," starring Lee Byung-hun, remains the top grossing movie, with 4.75 million combined viewers from its theatrical release in January. 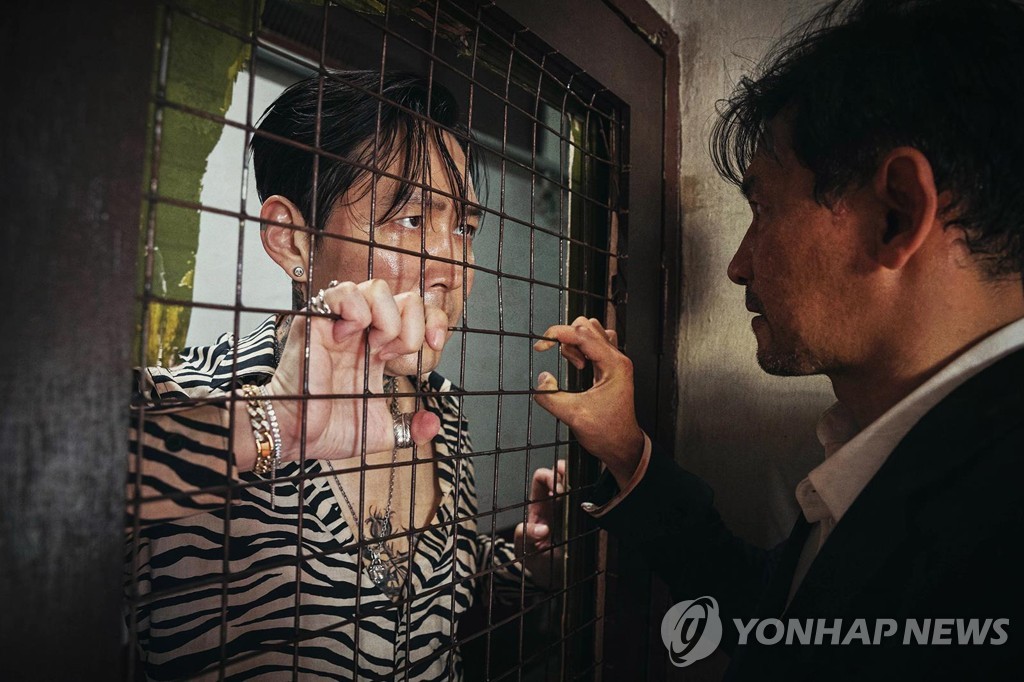 Whether "Evil" can sustain its momentum throughout the rest of the summer, however, remains unclear, as the government has place toughened social distancing guidelines in the greater Seoul area amid a rapid growth in the number of COVID-19 transmissions.

The cinema industry is also adjusting to the new government guidelines, with multiplex chain CGV having lowered the maximum audience capacity at screenings to 50 percent.

Meanwhile, "Peninsula" is set to open in the United States on Friday (local time) in a limited release in 126 theaters across the country, including on 59 IMAX screens. The film will open under the title "Train To Busan Presents: Peninsula" in the U.S.

According to its South Korean distributor NEW, "Peninsula," the sequel to director Yeon Sang-ho's 2016 smash hit "Train To Busan," has grossed over US$50 million at the global box office since its first release in Korea in mid-July. 'Evil' beats 'Peninsula' to become most watched summer film of 2020

'Evil' beats 'Peninsula' to become most watched summer film of 2020