SEOUL, Aug. 20 (Yonhap) -- The government on Thursday urged doctors to scrap their planned strike next week amid the resurgence of the new coronavirus cases, warning of stern actions against those that jeopardize the health and well-being of citizens.

Thousands of doctors are set to stage a walkout from next Wednesday through Aug. 28 to protest the government's medical reform plan. This follows a one-day strike carried out last Friday.

Doctors have strongly opposed plans to raise admission quotas at medical schools, claiming that increasing the number of new doctors will only lead to more competition and hurt the quality of treatment.

They also argued that increasing the number of doctors will not help ease regional disparities in medical infrastructure. 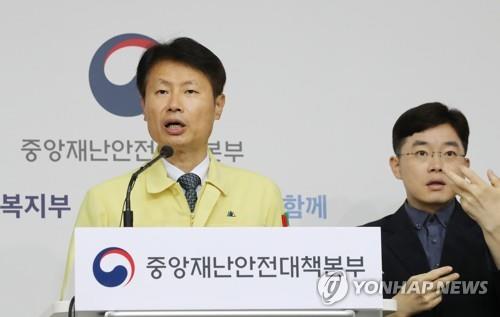 "If doctors follow through on the walkout, the government will have to take necessary action in accordance with the law and existing rules," Vice Health Minister Kim Ganglip said in a daily briefing.

With the COVID-19 spreading rapidly in the greater Seoul region, it is critical that the medical community works closely with the government to counter the public health threat, he said.

South Korea reported 288 more infection, including 276 local cases, raising the total caseload here to 16,346, according to the Korea Centers for Disease Control and Prevention (KCDC).

The daily tally marks a slight decrease from 297 new cases reported Wednesday, the highest since March 8. But the daily new virus cases have been in the triple digits since Friday.

The health ministry said talks are under way with general hospitals to make certain there are no shortages of medical staff, particularly at intensive care units and emergency rooms, during the strike period.