SEOUL, Aug. 20 (Yonhap) -- South Korea said Thursday its participation in the 8 trillion-won (US$6.74 billion) construction project of a new nuclear power plant in the Czech Republic will pave the way for the two countries to join deeper forces in the energy segment.

Industry Minister Sung Yun-mo held two-day virtual meetings with his Czech counterpart, Karel Havlicek, and Jaroslav Mil, the European country's special envoy for nuclear energy, on Wednesday and Thursday, according to the Ministry of Trade, Industry and Energy.

During the meetings, Sung highlighted that South Korea wishes to participate in the planned nuclear energy plant, which will be launched by the Czech Republic.

The Czech Republic plans to build a new nuclear plant in the southern region of Dukovany. The construction is expected to begin in 2029. 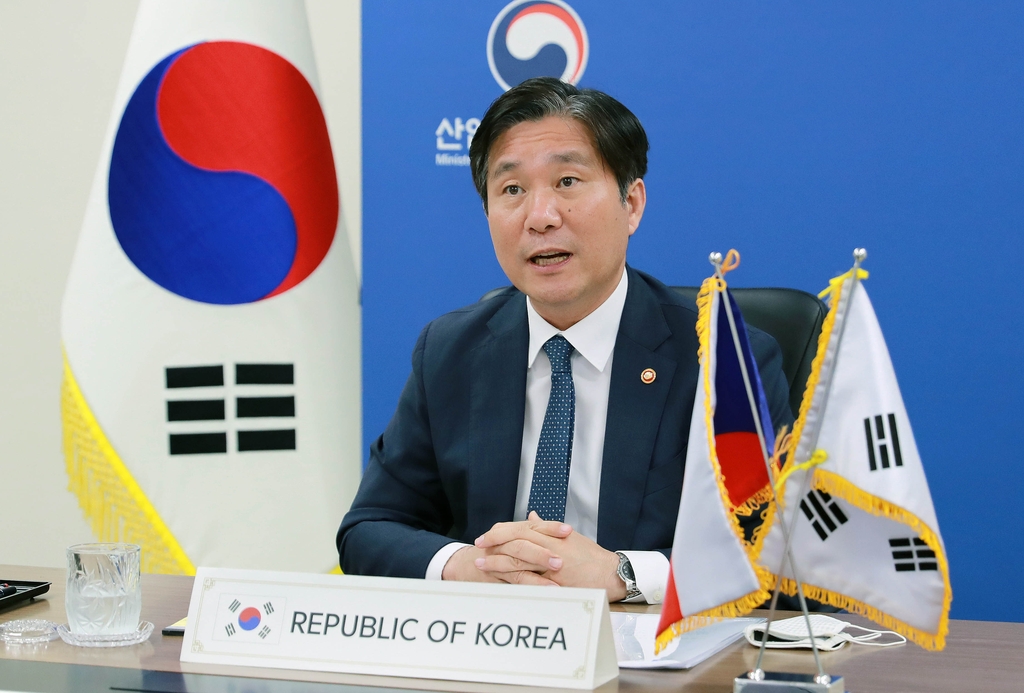 "The upcoming project will become an opportunity for the two countries to open a new phase of cooperation," Sung said.

The minister also told his counterparts that South Korea already has successfully carried out a nuclear project in the Middle East.

Earlier this month, the United Arab Emirates (UAE) has started the operations at the first unit of the South Korean-built Barakah nuclear power plant, the first operation of a peaceful nuclear reactor in the Arab world.

In 2009, a South Korea-led consortium won a US$20 billion contract to build four nuclear reactors in Barakah, 270 kilometers west of Abu Dhabi, the country's first export of its homegrown commercial atomic power technology.

The first reactor was completed in 2018, and the three others are under construction.

Sung suggested that the two countries should establish a new communication channel, in which Seoul and Prague can discuss ways to form deeper ties in the field of artificial intelligence and robots as well.