In a speech for the virtual Democratic National Convention, Obama took an apparent swipe at President Donald Trump as he backed former Vice President and Democratic presidential nominee Joe Biden.

"Joe and Kamala will restore our standing in the world," he said, referring to Biden's running mate, Sen. Kamala Harris.

"Joe knows the world, and the world knows him," the former president said. "He knows that our true strength comes from setting an example that the world wants to follow. A nation that stands with democracy, not dictators. A nation that can inspire and mobilize others to overcome threats like climate change and terrorism, poverty and disease."

Trump has been accused of coddling authoritarian leaders, such as North Korean leader Kim Jong-un and Russian President Vladimir Putin.

Trump became the first sitting U.S. president to meet with a North Korean leader when he held a summit with Kim in Singapore in June 2018.

Biden has called Kim a "dictator and tyrant," and blasted Trump for embracing "thugs" like the North Korean leader.

Pyongyang responded with choice words, describing Biden as a "rabid dog" and a "fool of low IQ." 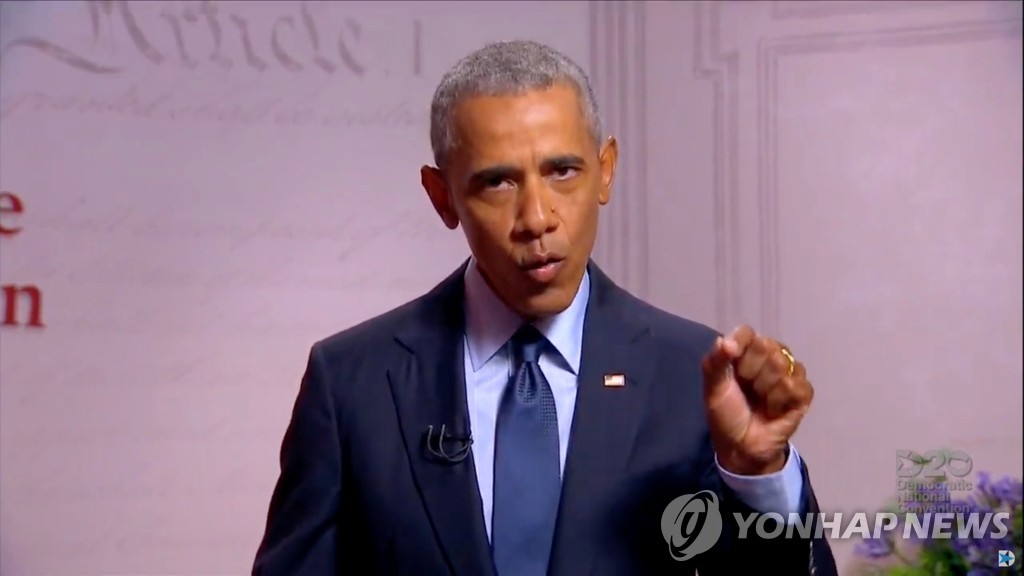