(ATTN: UPDATES with data on bed status in 5-8 paras)

SEOUL, Aug. 20 (Yonhap) -- South Korea's health authorities said Thursday that they revised a system to reserve more hospital beds in the wider Seoul area, where hundreds of church-traced infections have been reported over the past week.

The country added 288 more COVID-19 cases, including 276 local infections, raising the total caseload to 16,346, according to the Korea Centers for Disease Control and Prevention (KCDC). A flare-up in coronavirus cases, mostly traced to churches, has been reported in Seoul and its surrounding Gyeonggi Province, home to half of the country's 51 million people. 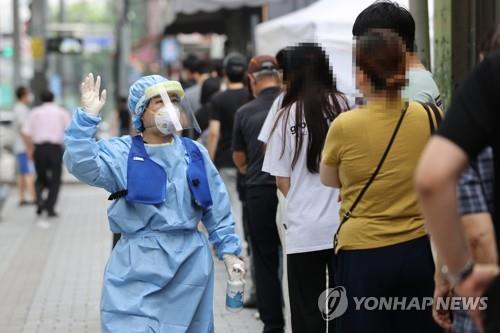 Under the new guidelines, medical facilities in Seoul and the surrounding Gyeonggi Province will reserve hospital beds for those most in need to prevent any COVID-19 patients from getting sicker or even dying while waiting.

"It is a principle that COVID-19 patients showing no or mild symptoms are admitted to community treatment centers to stem the overuse of hospital beds," Vice Health Minister Kim Ganglip said in a briefing.

As of midnight Thursday, 757 out of 1,150 beds in general hospitals in Seoul were occupied, the city government said.

All 382 rooms at a community treatment center in northern Seoul, which opened a day earlier, are now operating, which pushed the bed utilization rate down to 65.8 percent from 80.8 percent over the cited period.

The bed utilization rate for COVID-19 patients in Gyeonggi Province came to 85.6, sharply up from 28 percent roughly two weeks ago, according to the provincial government. Health authorities said a rate over 70 percent is a burden for dealing with virus patients.

The utilization rate for community treatment centers came to 61.8 percent, up from 44.1 percent on Wednesday and 7.4 percent on Sunday, it said. 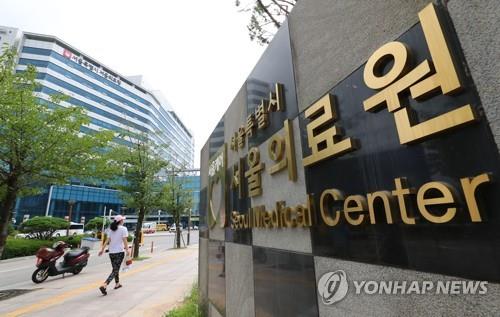 The authorities also said COVID-19 patients who do not need ventilator treatment any more will be advised to be transferred to other regular rooms to secure more isolation rooms.

"The government will secure an additional 50 treatment rooms for COVID-19 patients with severe symptoms and another 260 rooms at general hospitals solely for infectious diseases," Kim said.

The government also earlier announced that it will newly open six community treatment centers that can house around 2,000 virus patients in the Seoul metropolitan area. The centers are dedicated to the care of COVID-19 patients with mild symptoms.