"We certainly have, I would say, we have shown significant flexibility in recent weeks on our bill. We need to reach a mutually acceptable agreement," Cooper said. He is in charge of the Political-Military Affairs Bureau at the State Department. 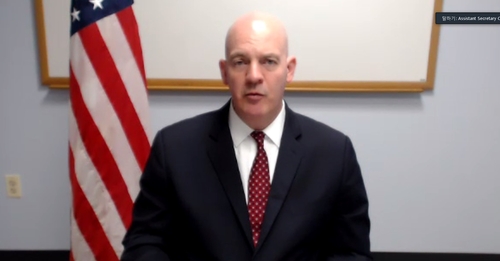 Cooper refused to get into details when asked if the U.S.' recent "flexibility" meant a concession, only stressing the importance of a deal and saying he did not want to disrupt the "warm lines of communication" between the sides.

"I have emphasized that several times because we have to do this for each other. This is not an either-or proposition. This is definitely a shared interest for both, both nations," he said.

He added the negotiations have never stopped.

"While there was a pause, we are certainly reapproaching them on not just -- it's not just cost sharing. It's the burden sharing of the security of the Korean Peninsula, again from a regional context, but the communication hasn't stopped," Cooper said.

"The mutual acceptable agreement for the Republic of South Korea and for the United States, it's been a continuous conversation," he added.

The talks between Jeong and Welton marked a resumption of the negotiations that have been stalled due to a wide gap in the positions of the two countries.

Washington was earlier said to have requested Seoul to pay US$1.3 billion per year as part of the cost to maintain the 28,500-strong U.S. troops in South Korea, which would mark a 50 percent spike from around the $870 million Seoul paid under last year's burden-sharing agreement.

Seoul has said the best it can do is a 13 percent increase.

Cooper said the new U.S. negotiator is not only fluent in Japanese but also "quite familiar with the Korean language as well." 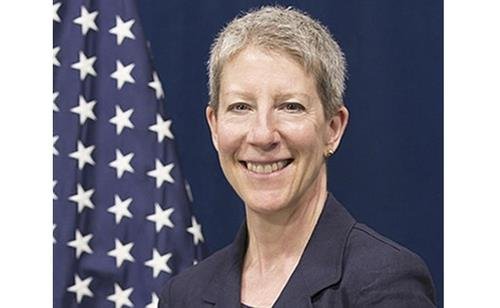