SEOUL, Aug. 21 (Yonhap) -- Unification Minister Lee In-young vowed Friday to come up with concrete measures for inter-Korean anti-disaster cooperation as North Korea is making all efforts to prevent an outbreak of the coronavirus and recover from flood damage.

Lee made the remark during a speech at a forum celebrating the 75th anniversary of Korea's liberation from Japan, stressing the need to cooperate in humanitarian areas, including preventive measures against the coronavirus.

"The two Koreas must communicate and cooperate across the demarcation line in order to overcome disasters and catastrophes that have no boundaries," Lee said.

"The current pandemic teaches us a lesson that no agenda that has dominated the world, including politics, defense, diplomacy and security, can take precedence over or is stronger than 'life,'" he said.

"I will come up with concrete plans for inter-Korean cooperation in three areas, mainly in health, prevention of infections and climate," he added.

Lee has called for cross-border cooperation in the humanitarian area, saying issues, such as food and separated families, should be handled independently of political issues.

He also vowed to work with the international community to discuss sanctions exemptions in humanitarian areas to improve inter-Korean relations and to bring peace to the Korean peninsula.

Later in the day, Lee also vowed to resume the joint industrial complex in the North Korean border town of Kaesong, which was suspended in 2016 amid tensions over Pyongyang's nuclear and missile provocations.

"I will actively seek ways to resume the Kaesong industrial complex," he said in a meeting with a group of businesspeople who own factories in the industrial park. 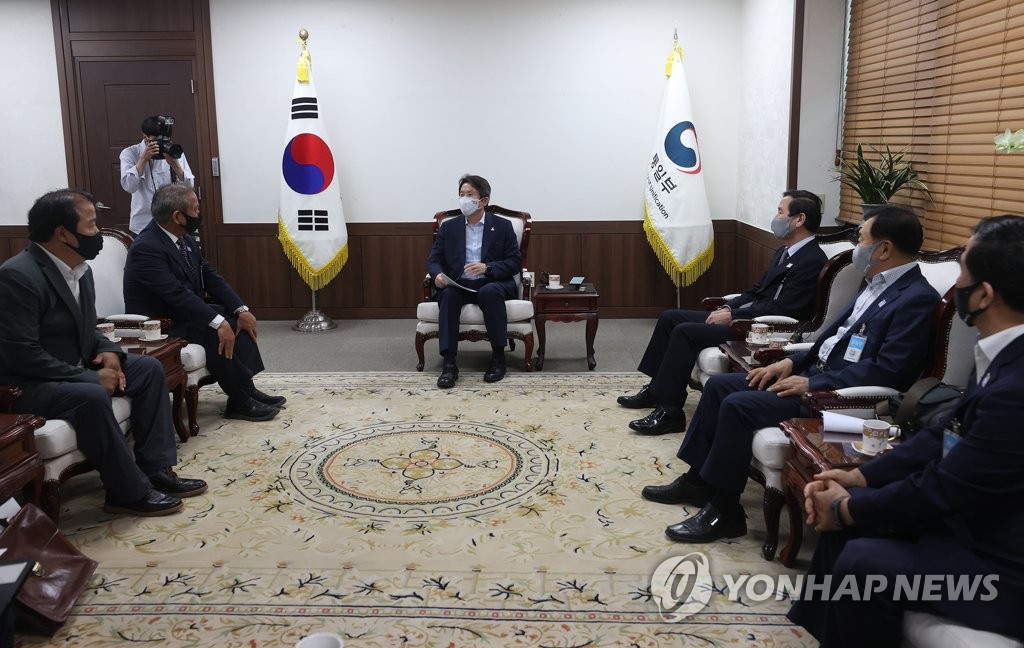