SEOUL, Aug. 21 (Yonhap) -- Samsung Electronics Co. dropped to the fourth spot in the global smartwatch market in the first half of the year, a report showed Friday, while its competitors expanded their presences in the fast-growing market.

In terms of revenue, Samsung took 7.2 percent market share in the first six months of the year, down 2.1 percentage points from a year earlier when it was the world's second largest smartphone vendor, according to industry tracker Counterpoint Research.

"Samsung faced some headwinds during the first half, but the launch of Galaxy Watch 3 in the second half could drum up some demand for the Korean vendor," Counterpoint Research said. 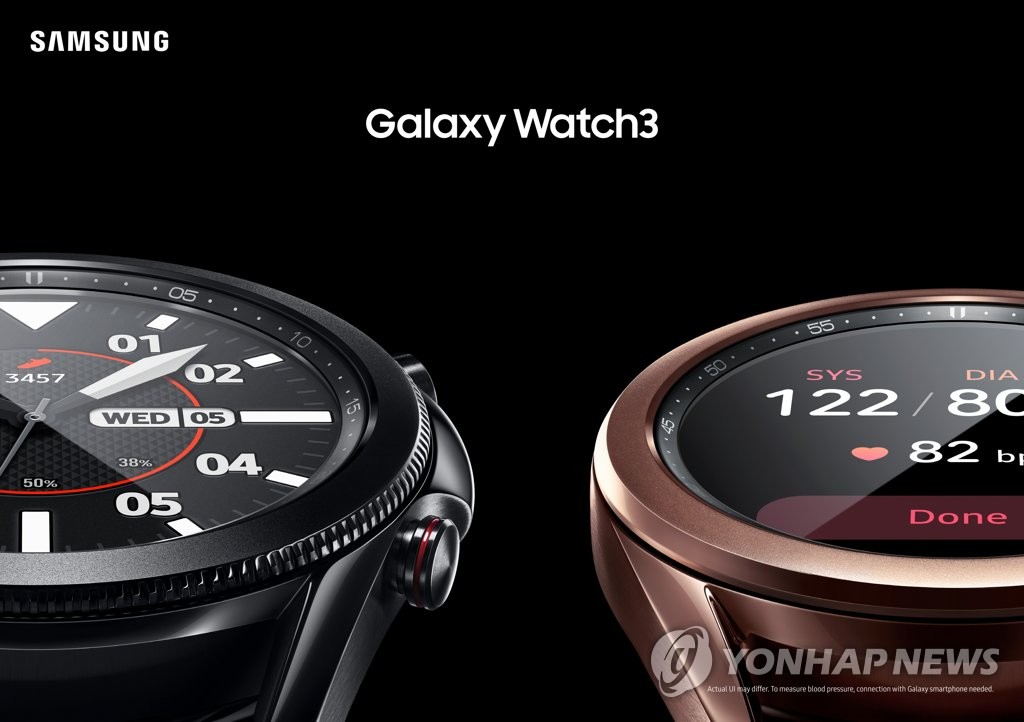 Apple Inc. expanded its dominance with 51.4 percent market share in the first half of the year, up 8.2 percentage points from a year ago.

The global smartwatch market saw 20 percent revenue growth in the first half of the year despite the pandemic, with shipments reaching nearly 42 million units, Counterpoint Research said.