SEOUL, Aug. 21 (Yonhap) -- Police on Friday raided the church at the center of the recent spike in coronavirus outbreaks following a failed attempt to secure a full list of its members.

A court issued a warrant for search and seizure for Sarang Jeil Church in Seoul. Police began the operation after two attorneys for the church arrived, police officers said.

On late Thursday, officials from the Korea Centers for Disease Control and Prevention visited the church to obtain a list of its congregant but failed to do so due to a strong protest by church officials and followers. 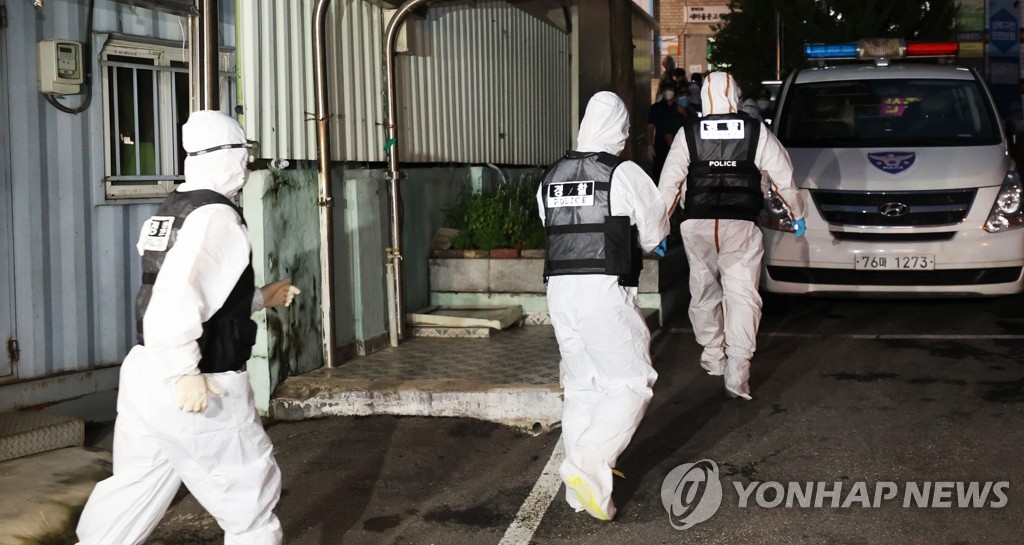 The move comes as a recent spike in COVID-19 infection cases in Seoul and the surrounding Gyeonggi Province is tied to the church.

Pastor Jun Kwang-hoon of the church took part in a massive anti-government rally attended by approximately 20,000 people at Gwanghwamun Square, central Seoul, on Saturday, leading church members and his political followers from around the country. It is not known exactly how many of the church congregants participated in the event. Jun and several of his aides tested positive after the rally.

The officials arrived at the church, located in the northern ward of Seongbuk, at around 5 p.m. Thursday, after they tried unsuccessfully in their first attempt in the morning.

Once they entered the church compound, they initially faced strong protest from church officials who demanded a search and seizure warrant. The search began at 8 p.m. and finished around 3:30 a.m.

Around 30 congregants gathered in front of the church while the search operation was going on. Some right-wing YouTubers who were at the scene spread misinformation that police were trying to tear down the church, which provoked angry responses from worshipers.

An official from the ward office said the original list of 900 congregants was not "correct." 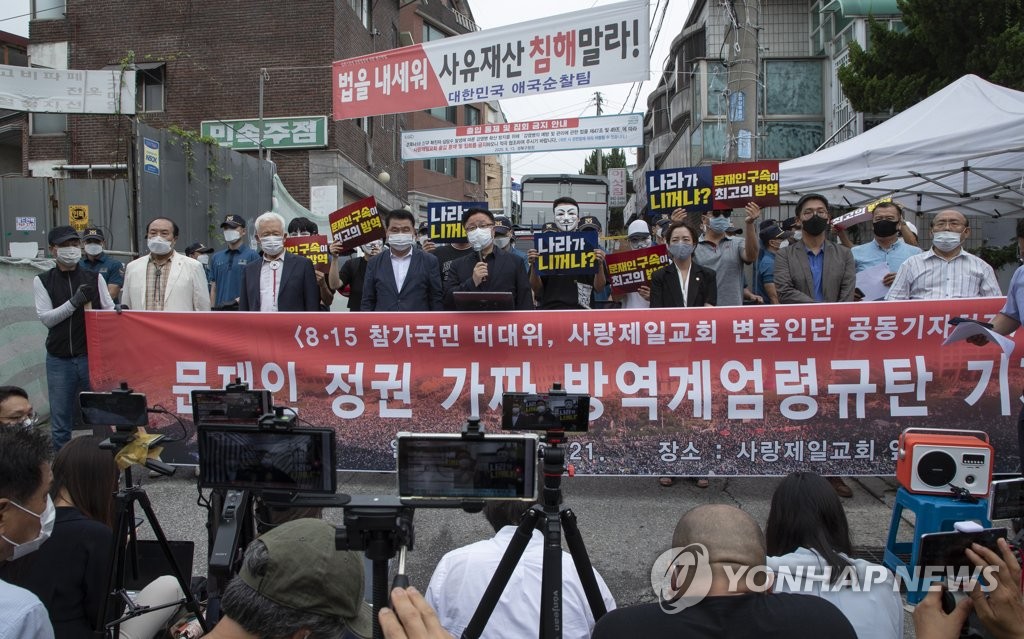 But lawyers of the church claimed that they have already submitted the full list of the congregation to the authorities but they trespassed on the church compound without legal grounds.

"I checked the official document issued by the Seoul municipal government, but our church was not subject to the epidemiological examination," lawyer Kang Yeon-jae, who represents pastor Jun, said in a press conference on Friday. "But city officials demanded us to open the gate and police officers dragged citizens out from the church compound."

Pastor Jun released a statement on a YouTube channel earlier in the day, blaming "virus terrors by outside forces" for the massive outbreak in his church. He has been admitted to a Seoul hospital since he was confirmed to have contracted COVID-19.

"I'm sorry that I have caused health concerns," he wrote. "My church has fully complied with the anti-virus guidelines ... I am curious about the origin of the virus."

It is considered hard to know the exact size of its congregation. According to a person who is familiar with the church, the total number is estimated to be around 2,000-3,000. In one text message that the church sent out outside, the number was 4,000.

The church and pastor Jun have been magnets for conservatives critical of the Moon Jae-in government who flock to the church from around the country to attend Jun's sermons and political rallies.

As of Friday morning, 732 coronavirus infections have been tied to the church, and transmissions have continued through religious facilities and workplaces around the country, according to the KCDC.

The KCDC has been contact tracing and doing epidemiological studies in some 150 places linked to the church cluster, the country's second biggest since the outbreak in the Shincheonji Church of Jesus earlier this year.

The country reported 324 new cases Friday, the eighth straight day of triple-digit jumps and the first time that the number passed the 300 mark since March 8 when it recorded 367 infection cases. The country's total caseload is 16,670. 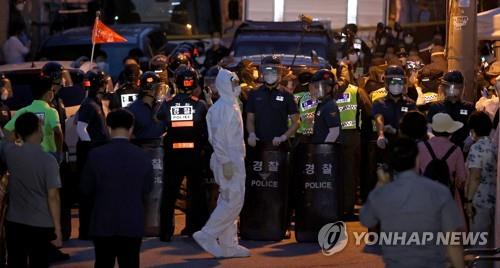