The accord came at a meeting in Busan between President Moon Jae-in's national security adviser Suh Hoon and Yang Jiechi, a member of the Political Bureau of the Communist Party of China's (CPC) Central Committee, that lasted for several hours. 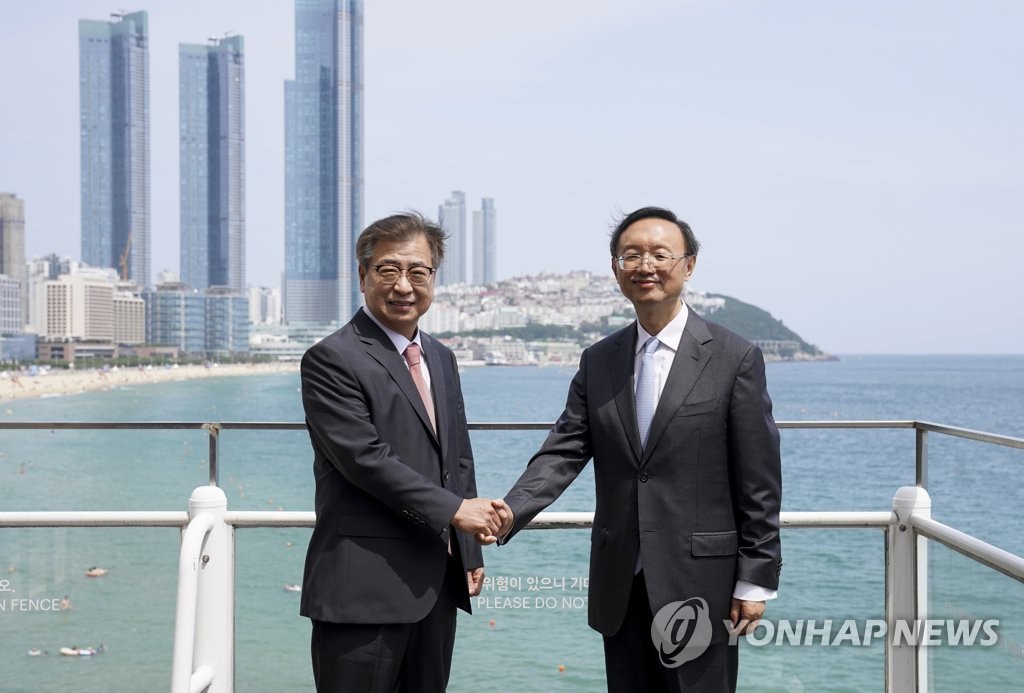 China confirmed that South Korea is at the top of the list of countries he will travel to, he added.

Xi agreed to make a trip to South Korea in the first half of 2020, but it has been postponed due to the pandemic.

Suh and Yang also discussed the need for holding an annual trilateral summit involving Japan within this year. Moon is supposed to chair this year's session, to be joined by Japanese Prime Minister Shinzo Abe and Chinese Premier Li Keqiang.

"The two sides agreed that if Premier Li Keqiang visits South Korea on the occasion of the South Korea-China-Japan summit, it would contribute greatly to the future-oriented development of South Korea-China ties as well as the trilateral relations," Kang said.

Yang promised "constant communication and cooperation" with South Korea for the denuclearization and establishment of peace on the Korean Peninsula, according to Kang. 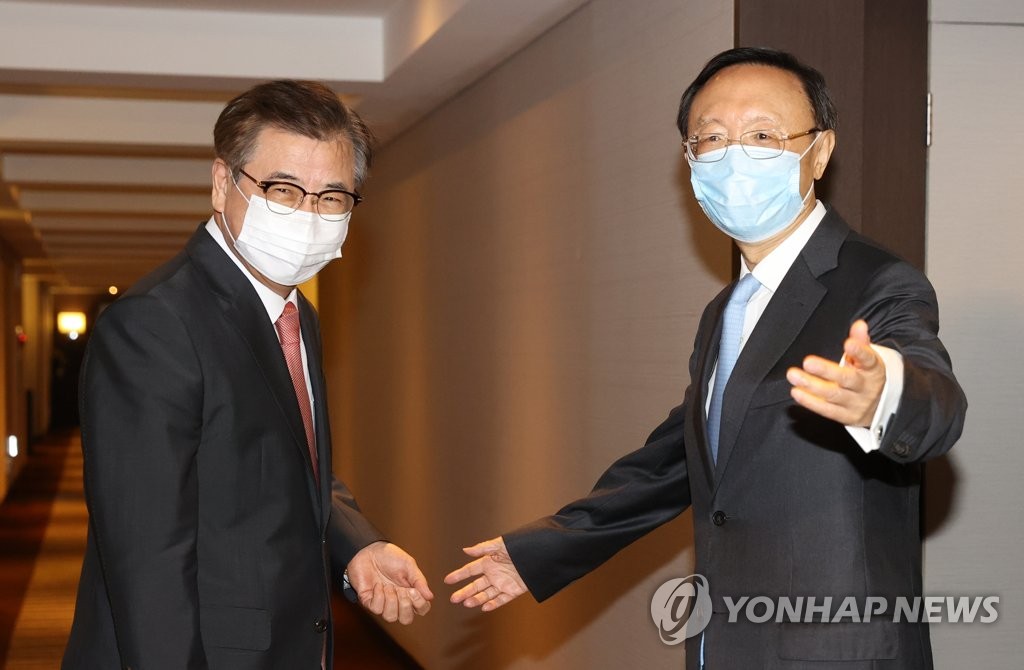 On the coronavirus response, Suh requested China's cooperation for the prompt increase in the number of flights and visa issuance for South Koreans.

Despite difficulties caused by the pandemic, Yang replied, the neighboring countries have endeavored to develop bilateral ties, according to Kang.

Yang then suggested that the two sides keep cooperating as "important neighbors and cooperation partners."

Yang explained China's position in connection with the recent Beijing-Washington rifts and Suh emphasized the significance of their win-win and friendly cooperation for prosperity and peace in Northeast Asia and other parts of the world.

Among other issues discussed were accelerating the second phase of free trade agreement (FTA) negotiations, signing the Regional Comprehensive Economic Partnership (RCEP) within the year and tapping jointly into a third country market.

China's approach to S. Korea.. is it a gift or a burden?

They also talked about a push for pilot projects to link South Korea's New Southern and New Northern policies with China's Belt and Road initiative and some multilateral issues, including the election of the World Trade Organization chief. South Korean Trade Minister Yoo Myung-hee is running for the job.

Emerging from four hours of talks at a seaside hotel in the southern port city earlier in the day, Suh told reporters that, "I think (we) had a very good conversation, (spending) a lot of time talking about all topics broadly and enough."

Yang said through a translator that he had adequate and very good discussions with Suh.

They had a separate 90-minute luncheon meeting before Yang ends his two-day stay in Busan, 325 kilometers southeast of Seoul. It was his first visit to South Korea in more than two years. He became the highest-profile Chinese figure to travel to South Korea since the new coronavirus outbreak.