Currently in Florida for a four-game series against the Tampa Bay Rays, the Toronto Blue Jays announced Friday (local time) that left-hander Ryu Hyun-jin will start the second game of the series at Tropicana Field. The first pitch is 6:40 p.m. local time on Saturday, or 7:40 a.m. Sunday in South Korea.

The St. Louis Cardinals announced earlier this week that Kim Kwang-hyun will take the mound versus the Cincinnati Reds at Busch Stadium in St. Louis at 7:15 p.m. Saturday, or 9:15 a.m. Sunday Korean time. 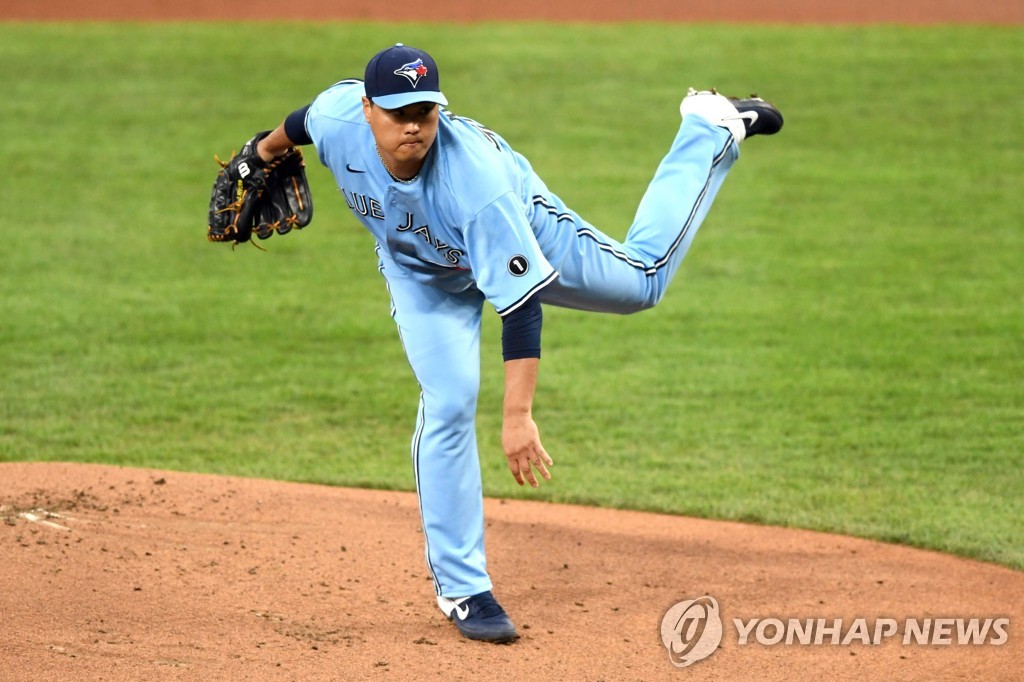 The two South Korean left-handers both started on Monday. Ryu earned his second victory of the season by limiting the Baltimore Orioles to a run in six innings, while Kim, in his first big league start, got a no-decision after allowing a run in 3 2/3 innings against the Chicago Cubs.

That was the first time since 2007 that two South Korean starters pitched on the same day in MLB.

This will be Ryu's opportunity to redeem himself against the Rays after a mediocre outing against the American League (AL) East rivals on Opening Day on July 24. Ryu was charged with three runs in 4 2/3 innings in a no-decision, with Yoshi Tsutsugo providing the big blow with a two-run home run.

Ryu, 2-1 with a 3.46 ERA in five starts, will be pitching on four days' rest for the first time this season, with his previous starts following Opening Day having all come on five days of break.

Despite his injury history -- Ryu missed the entire 2015 season with a shoulder injury and made only one start in 2016 before shutting it down with an elbow issue -- Ryu has done better on four days' rest in his career.

The Blue Jays have won six in a row, their first six-game winning streak since 2016.

Kim has a 3.86 ERA over 4 2/3 innings, with one strikeout against three walks. He opened the season as the closer and notched a save on Opening Day against the Pittsburgh Pirates. Just five games into the season, the Cardinals were forced into a two-week quarantine following an outbreak on the team.

When they returned earlier this month, their starters were kept on a pitch count. Kim was pulled after just 57 pitches in his previous start.

Kim will likely be on a longer leash in terms of his workload this time around, which would allow him to go at least five innings and have a chance to pick up his first major league victory.