SEOUL, Aug. 22 (Yonhap) -- With the government deciding on Saturday to expand strict social distancing guidelines nationwide amid a continuing spike in coronavirus cases, all sports events will now have to be contested without spectators.

South Korea reported 332 additional COVID-19 cases Saturday, the second straight day the figure reached over 300. It prompted the government to raise the intensity of its three-tier social distancing scheme to Level 2 throughout the country, effective Sunday.

Earlier, the metropolitan cities of Seoul, Incheon and Busan, plus Gyeonggi Province surrounding the capital city, had been placed under Level 2. North Jeolla Province had joined them on Friday, and now the whole country will be affected. 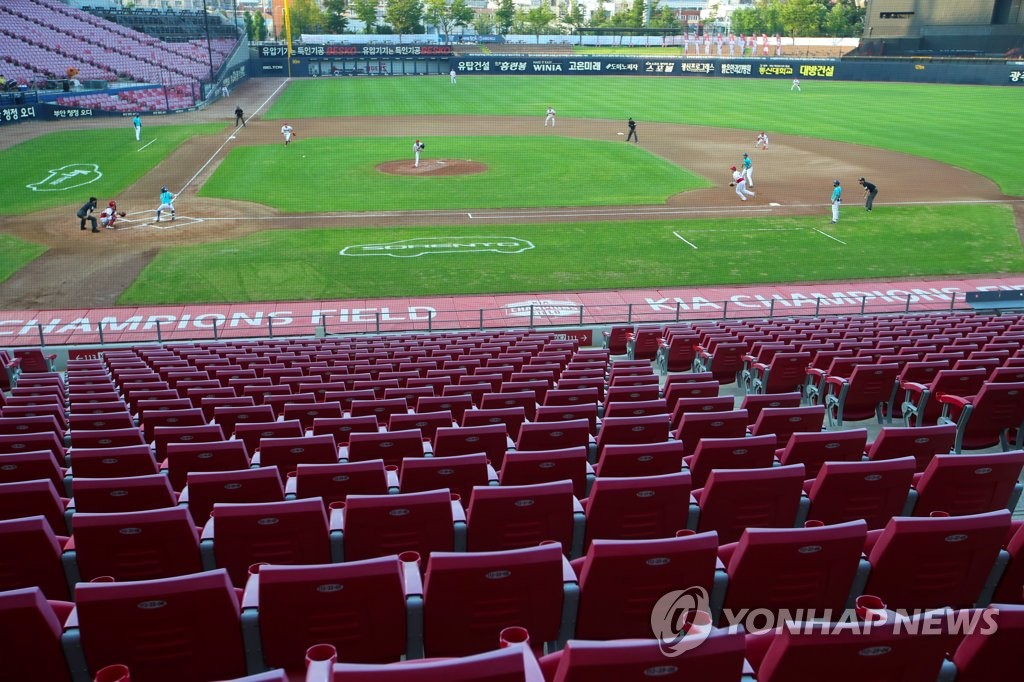 Among several restrictions under Level 2, all sports games must now be played without crowds until further notice.

In the Korea Baseball Organization (KBO), all 10 clubs already began playing before empty seats earlier this week. In addition to teams in the regions placed under Level 2, clubs in cities not subject to tougher distancing guidelines voluntarily closed down their ballparks as a precaution.

The KBO began its season on May 5, pushed back from the original March 28 Opening Day due to the coronavirus outbreak. They started out playing in front of empty stands, and the stadiums only opened on July 26.

Teams were only allowed to operate ballparks at 10 percent capacity at first, due to COVID-19 infection concerns. The cap was raised to 25 percent starting with games on Aug. 11, but it didn't even last a week as teams in the capital region were forced to shut their gates again.

In pro football, nine out of 12 clubs in the top division K League 1 and seven out of 10 teams in the K League 2 had closed down their stadiums as of Friday. Their gates had opened on Aug. 1, nearly three months after the May 8 opening kickoff.

In the K League 1, there were teams required to do so as they're based in areas affected by Level 2 social distancing guidelines -- FC Seoul, Incheon United, Busan IPark, Suwon Samsung Bluewings and Seongnam FC -- and teams that took preemptive steps to close the gates despite being in a more stable situation with the virus -- Daegu FC, Gwangju FC, Jeonbuk Hyundai Motors and Gangwon FC. 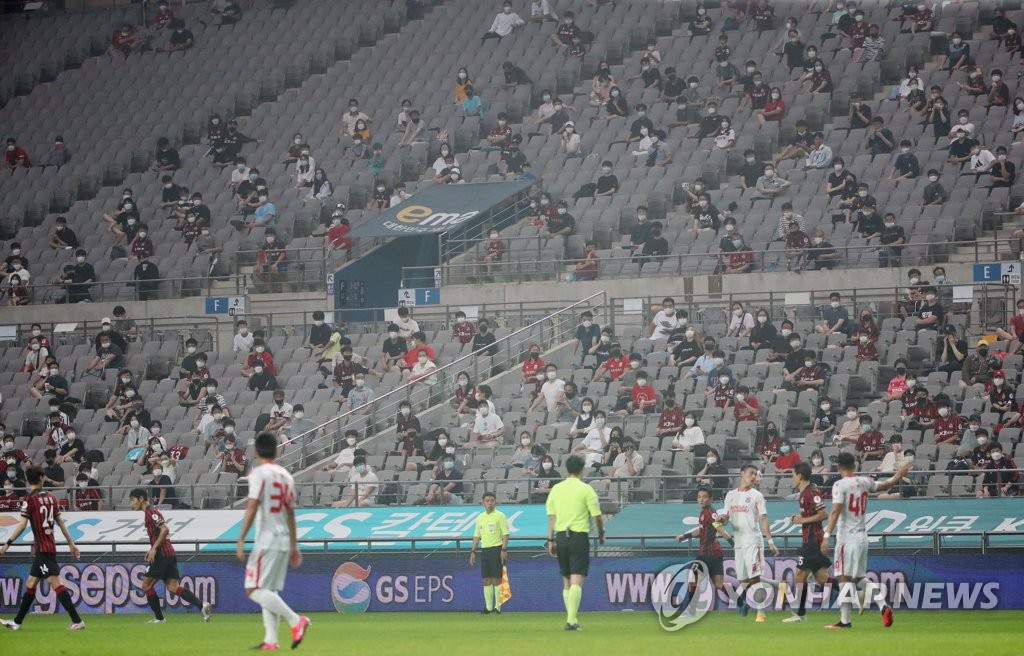 The remaining clubs were Ulsan Hyundai FC, Sangju Sangmu and Pohang Steelers, all based in North Gyeongsang Province in the southeastern part of the country. None of them will play a home match this weekend.

In addition to baseball and football, men's and women's professional golf tours are in action. The Korea Ladies Professional Golf Association (KLPGA) resumed its season in May without fans, following a five-month hiatus. Even as the KBO and the K League briefly opened their stadiums, the KLPGA Tour continued to play without spectators.

A professional volleyball cup tournament is set to begin later Saturday, and a two-day men's basketball summer league will take place later this month, both with a "no fans" policy long in place.

Should the intensity of social distancing be raised to Level 3, then all sports games in affected areas must be halted. 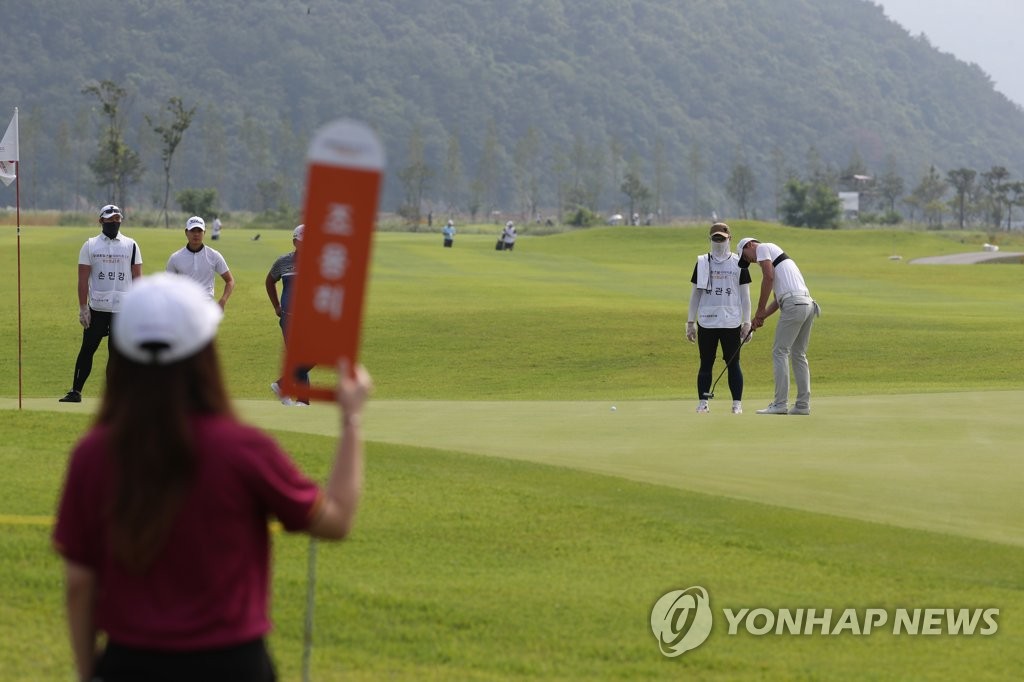