SEOUL, Aug. 23 (Yonhap) -- South Korea's daily new virus cases spiked to 397 on Sunday, and infections were reported in all major cities and provinces across the country, health authorities said.

Of the total COVID-19 cases, 387 were local infections, 297 of them in Seoul and the surrounding areas, according to the Korea Centers for Disease Control and Prevention (KCDC). 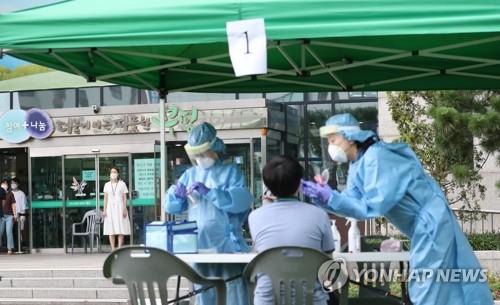 Sunday's new cases are the most since March 7, when the country reported 483 new cases, the KCDC said.

The number of daily infections has been in the triple digits since Aug. 14, when 103 additional cases were reported. Over the past 10 days, a total of 2,629 cases has been identified.

Of the newly identified local infections, 138 cases were reported in the capital city of Seoul, 124 from Gyeonggi Province surrounding the capital city and 32 from the western port city of Incheon, the KCDC said. 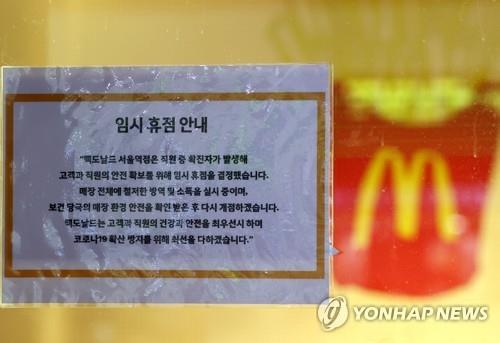 In a sign that the virus is spreading across the nation, more virus cases have been newly added outside the greater Seoul, with 100 new cases. It marks the first time in recent weeks that the number reached triple digits.

The southern city of Gwangju and the central city of Daejeon each reported 15 new cases, the KCDC said.

Amid grim prospects of a nationwide epidemic, the government decided on Saturday to impose a stricter social distancing scheme outside the greater Seoul area, starting earlier in the day.

Health authorities also urged participants in the anti-government rally held last weekend to immediately take virus tests regardless of whether they are showing symptoms. A large number of Sarang Jeil Church members took part in the rally.

As of Saturday at noon, a total of 796 COVID-19 patients has been traced to the church, the KCDC said.

The KCDC remained on high alert over a potential explosive outbreak tied to the rally as it is hard to trace the whereabouts of thousands of protesters who came to Seoul from other cities. A total of 104 cases have so far been tied to the march.

The government earlier said it is not yet time to consider raising the level of social distancing to Level 3.

South Korea reported 10 new imported cases on Sunday. Cases coming in from overseas rebounded back to double-digit numbers from mid-June for about a month, but such infections recently slowed.

South Korea reported no new deaths, with the tally remaining at 309, the KCDC said. The fatality rate was 1.78 percent.

The total number of people released from quarantine after making full recoveries stood at 14,200, up 31 from the previous day.

(LEAD) New coronavirus cases near 400, alarm all across S. Korea

(LEAD) New coronavirus cases near 400, alarm all across S. Korea