SEOUL, Aug. 23 (Yonhap) -- An association of trainee doctors across South Korea agreed Sunday to participate in medical services to respond to COVID-19, a decision made in its leaders' meeting with Prime Minister Chung Sye-kyun, according to Chung's office.

Interns and residents have gone on strike to protest the government's medical workforce reform scheme.

After Chung's hourslong talks with representatives from the Korean Intern and Resident Association (KIRA), his office said that the government has begun "sincere discussions" on the controversial issue with the medical service community, including the KIRA.

Trainee doctors plan to "actively take part in medical services for responding to COVID-19 in consideration of the COVID-19 situation," it added.

It means that KIRA members will return to work on a limited basis, while trying to resolve the pending problem through negotiations with the government.

Earlier in the day the first- and second-year residents joined the strike. Since Friday, interns and third- and fourth-year residents walked out of hospitals.

They are strongly opposed to the government's plan to increase admission quotas at medical schools. 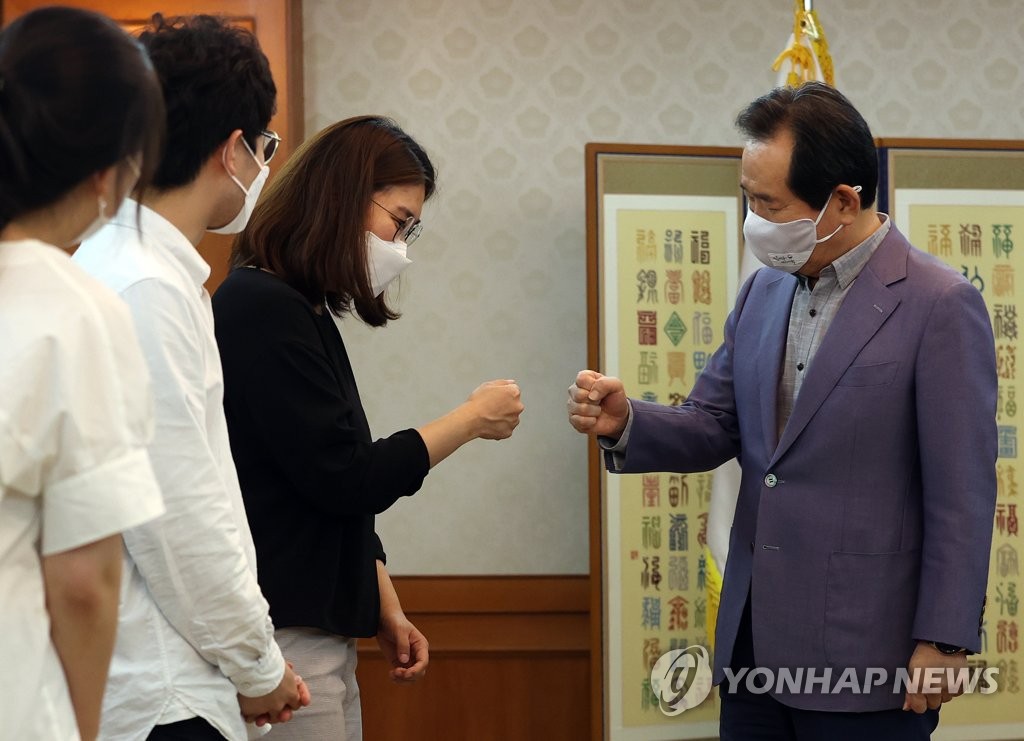 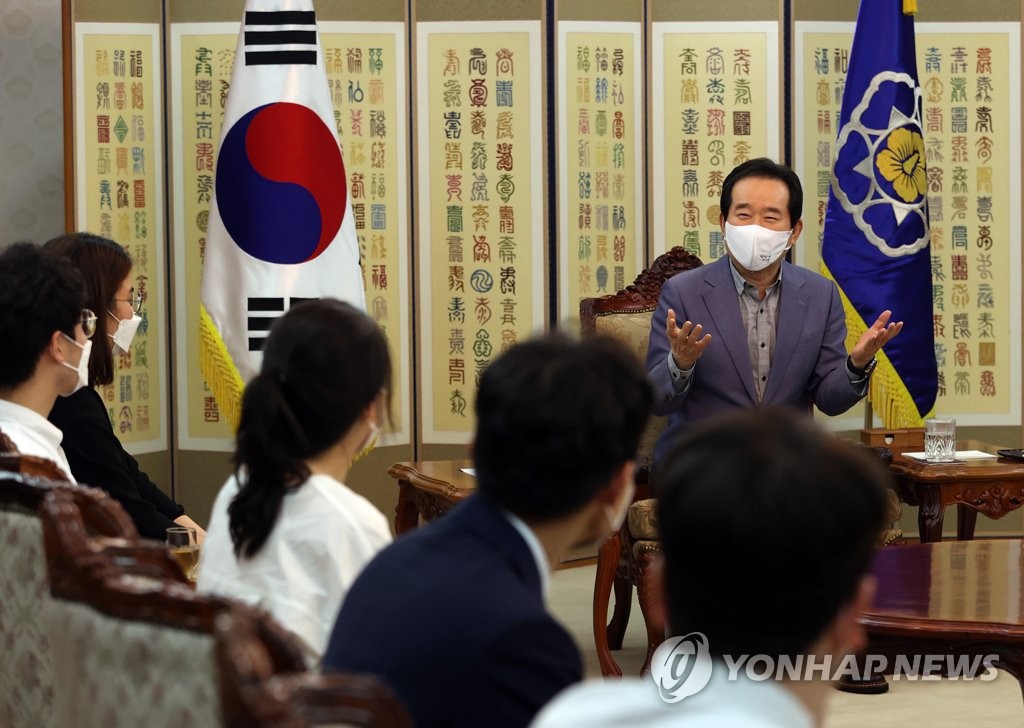 They are also protesting the government's push for the establishment of public medical schools, a pilot project for supporting oriental medicine doctors, and the introduction of telemedicine. 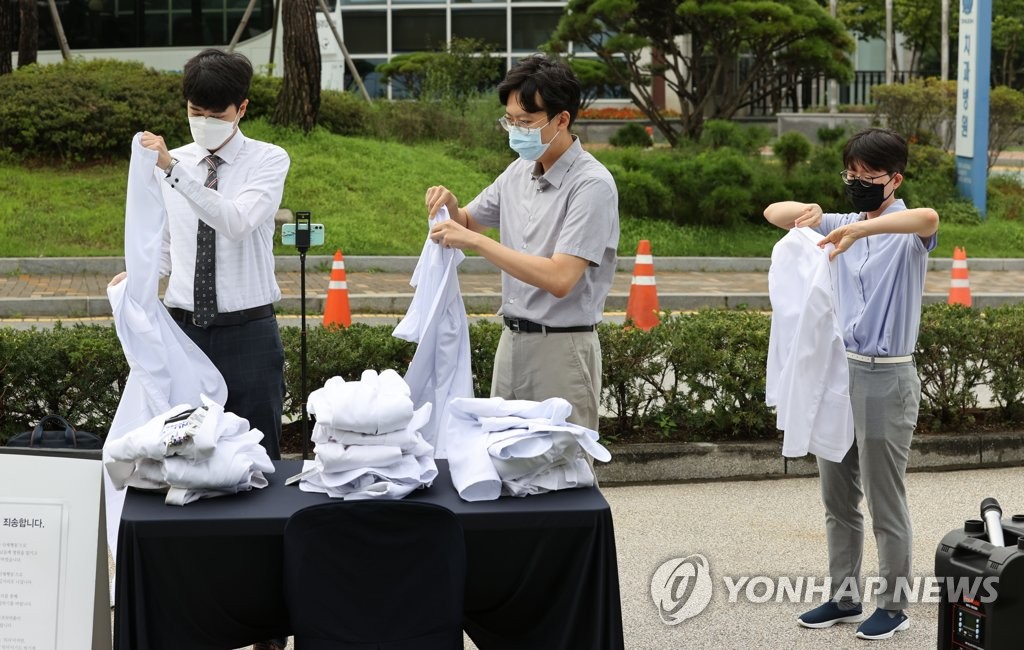 The government has pleaded with the young doctors to return to work, out of concerns that their collective actions could compromise the health care system amid a spike in coronavirus cases nationwide.

Later Sunday, though, the Korean Medical Association (KMA), which represents 130,000 doctors, said it reached out to the Prime Minister's Office, the ruling Democratic Party and the main opposition United Future Party (UFP) with a proposal for emergency talks.

The UFP's caretaker leader Kim Chong-in had a meeting with KMA head Choi Dae-zip, during which Kim was quoted as saying, "Both the government and the KMA should place the people ahead." Kim asked the KMA to reconsider the "ultimate means of the strike."

Choi said on his Facebook page that doctors would immediately return to work if the government withdraws its controversial medical policies.

"It's the very government that is using the people's health and lives as a subject of bargaining," he argued.

The KMA said earlier, with the virus wreaking havoc throughout the country, it is imperative for doctors and the political community to cooperate with one another.

"In light of a grave situation with COVID-19 spreading nationwide, we've proposed a meeting while leaving all possibilities open," KMA spokesman Kim Dae-ha said. "We hope we can come to a resolution through dialogue."

With trainee doctors staging a walkout, Severance Hospital, a major general hospital in central Seoul, has told its remaining doctors that its emergency room will not be able to handle critical patients for the time being.

An official with Severance said its trainee doctors in the internal medicine department have all gone on strike, including those who would normally be on duty in the emergency room and intensive care unit.

Other general hospitals have also scaled back their outpatient services and adjusted operation schedules in response to their workforce crunch.

On Sunday, South Korea reported 397 cases, the highest total in more than five months. Over the past 10 days, 2,269 cases have been identified.

The health ministry has offered to shelve the reform plan until the COVID-19 situation stabilizes. But the trainee doctors' association earlier shot back that the ministry couldn't be trusted, accusing it of a history of deception and about-faces.

"We once again request that (the striking doctors) return to medical service sites and discuss all (related) issues next time," Yoon Tae-ho, a senior health official, said at a press briefing, emphasizing that South Korea is in a "grave situation" in its fight against the coronavirus. 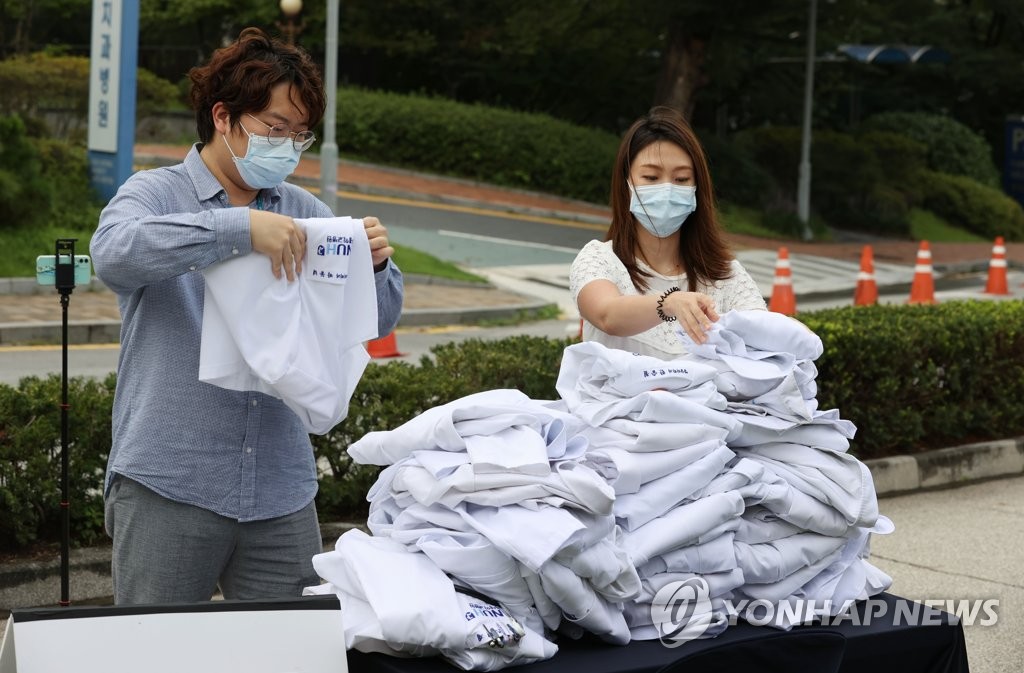