Kim tossed six shutout innings against the Cincinnati Reds at Busch Stadium in St. Louis on Saturday (local time), helping the Cardinals to a 3-0 win.

Kim gave up just three hits and struck out three without walking any batters. He lowered his ERA from 3.86 to 1.69 in the process. He threw 55 of his 83 pitches for strikes. 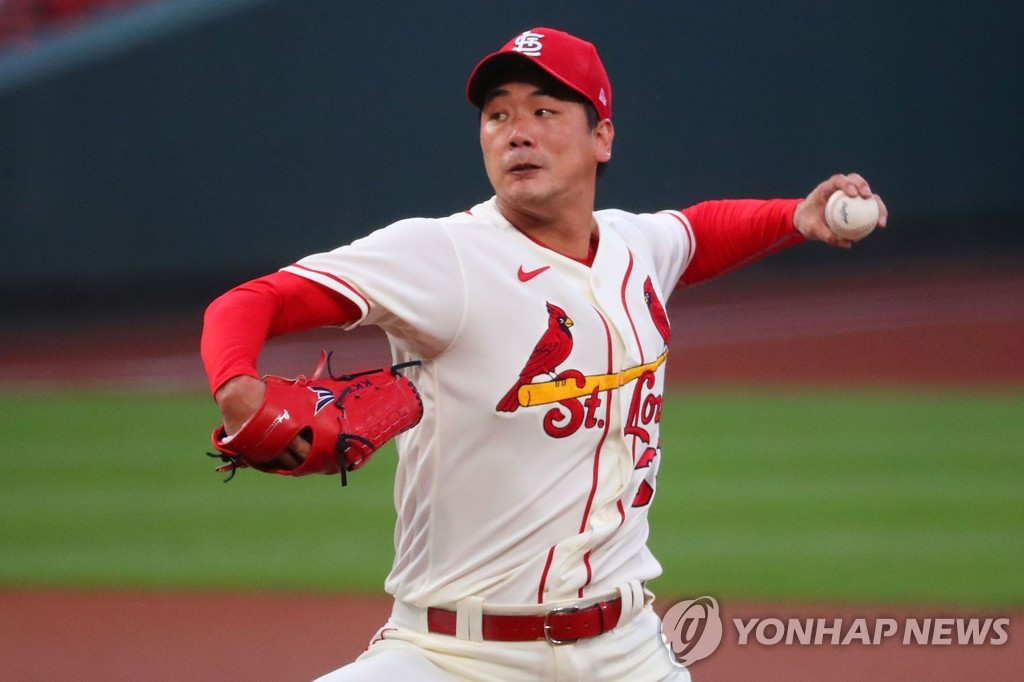 This was Kim's second career start, following a relief appearance in July and a start on Monday. In that previous outing against the Chicago Cubs, Kim was pulled after throwing 57 pitches in 3 2/3 innings of one-run ball.

The Cardinals missed a big chunk of time earlier in August with a COVID-19 outbreak on the team, and all starters were kept on a pitch counts in the early going.

Kim was kept on a longer leash this time and managed his pitch count well enough to go six innings and qualify for a win.

The left-hander had a breezy, three-up, three-down first inning and another clean frame in the second inning, which included his first strikeout.

He retired the first two batters of the third before giving up his first hit of the game to No. 9 hitter Kyle Farmer. Kim quickly settled down and struck out former MVP Joey Votto on a 3-2 slider.

Kim retired the side in order in the fourth, and pitched around a one-out double by Jesse Winker in the fifth. 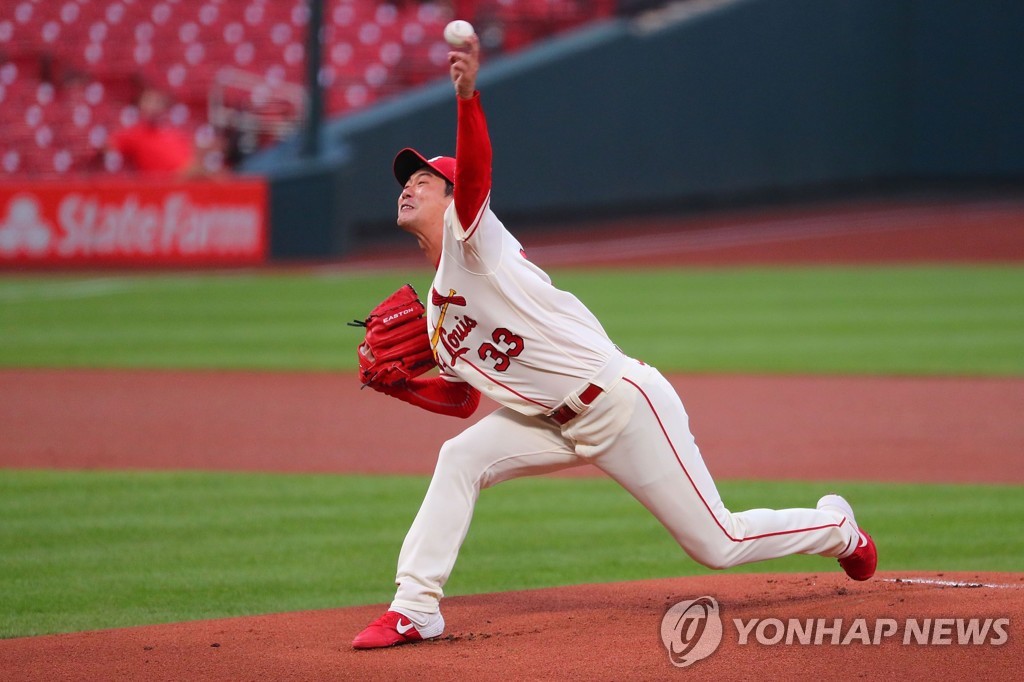 His pitch count was up to 74 after five, and despite some action in the Cardinals' bullpen, Kim went back out for the sixth inning.

Farmer reached with an infield single, but Kim retired the next three batters and needed just nine pitches for that inning.

The Cardinals opened the scoring in the third, with Tommy Edman's two-run single, which followed consecutive bloop hits that had runners at second and third. Harrison Bader made it 3-0 for St. Louis with a solo home run in the fifth, and Kim made the lead stand through six innings.

The bullpen took care of the rest, with three relievers limiting the Reds to just one hit over the final three innings.