SEOUL, Aug. 23 (Yonhap) -- A Seoul church at the center of a recent spike in coronavirus cases said Sunday it will file criminal complaints against senior government officials, claiming the government is trying to make the church a scapegoat for the upsurge.

At a press conference, lawyers of Sarang Jeil Church in the northern district of Seongbuk accused Prime Minister Chung Sye-kyun and acting Seoul Mayor Seo Jeong-hyup of abuse of authority and illegally gathering private information, and said they will demand prosecutors file criminal charges against them. 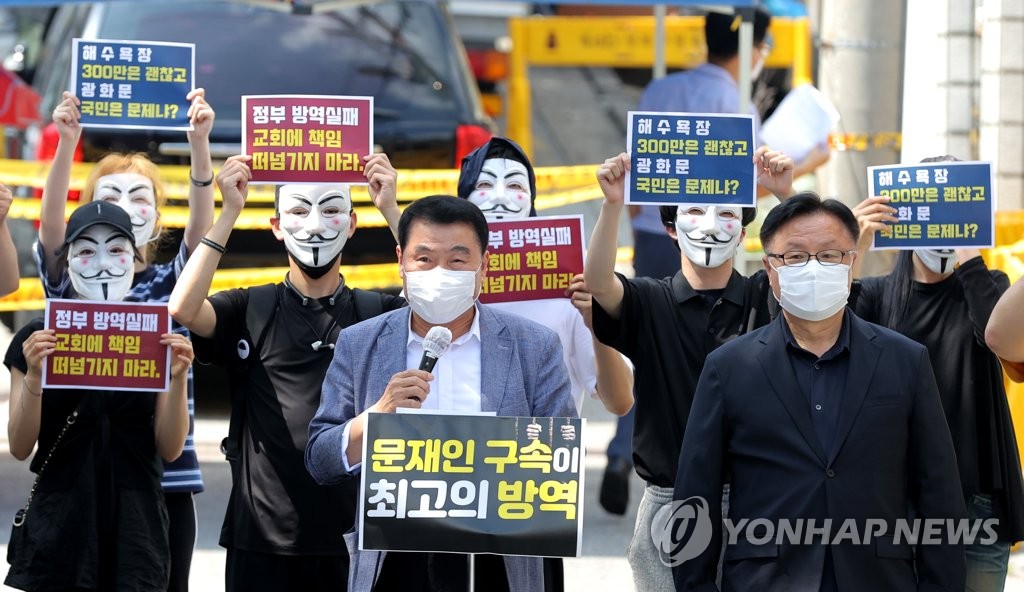 The church is facing criticism for a surge in COVID-19 cases over the past 10 or so days. The church's pastor, Jun Kwang-hoon, led his church members and political allies from around the country to a massive anti-government rally in Seoul on Aug. 15. Jun and several of his aides tested positive for COVID-19 after the rally, and national health authorities said 841 cases were linked to the church as of Sunday.

The entire country has since been placed under tighter social distancing guidelines, with indoor gatherings of 50 or more and outdoor assemblies of 100 or more all banned. Churches have also been asked not to hold in-person services.

To determine how many of Sarang Jeil congregants attended the Aug. 15 rally, the government has been trying to obtain a full list of its members. After a court issued a search and seizure warrant, police raided the church Friday.

Kang Yeon-jae, one of the attorneys at the press conference, said the government has been using "scientifically unproven" methods to keep highlighting the number of COVID-19 cases from Sarang Jeil's membership.

"The government has deceived the people, and its witch hunt is laying the responsibility for its failure in quarantine entirely on the church," Kang added. 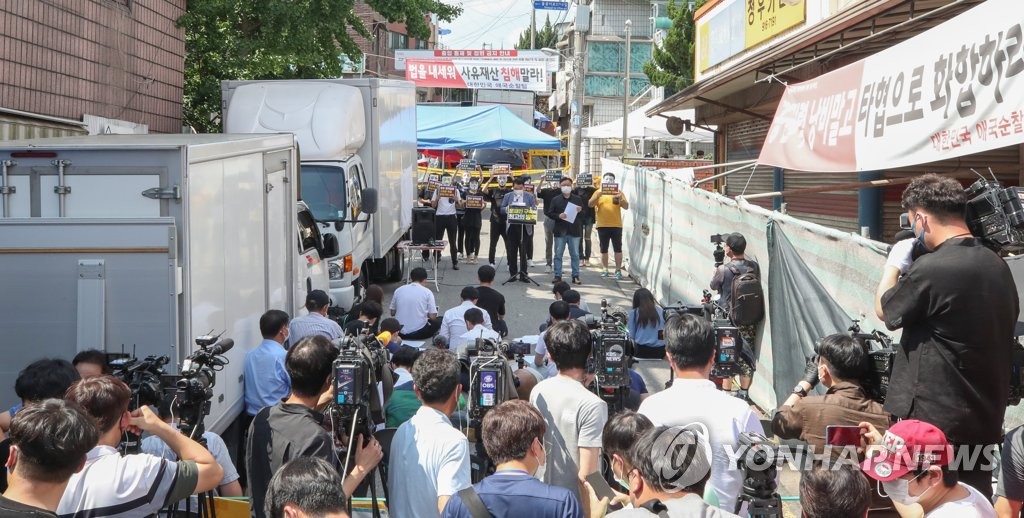