SEOUL, Aug. 24 (Yonhap) -- The number of additional new coronavirus cases in South Korea sharply slowed to below 300 on Monday, but the country is still bogged down with a series of cluster infections continuing in the greater Seoul area and other major cities.

Of the 266 new COVID-19 cases, 258 were locally transmitted, raising the total caseload to 17,665, according to the Korea Centers for Disease Control and Prevention (KCDC).

Monday's daily tally marks a sharp slowdown from the 397 newly identified cases the previous day, but fewer virus tests over the weekend might have dragged down the number of new cases. 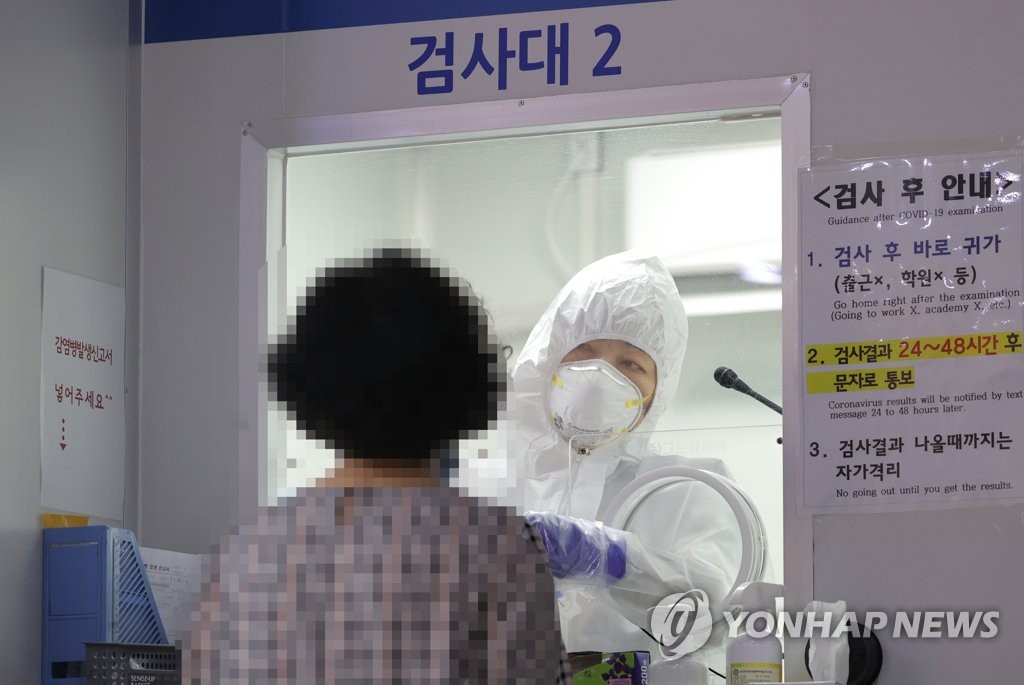 Since Aug. 14, the country's daily virus cases have been in triple digits, as sporadic clusters in the greater Seoul area piled up, mostly traced to a conservative protestant church in Seoul and an anti-government march on Liberation Day on Aug. 15.

Over the past 11 days, a whopping 2,893 new cases across the nation were identified.

The latest uptick in the number of new infections has set alarm bells ringing, as they were mostly reported from Seoul and the surrounding Gyeonggi Province, home to half of the country's 51 million people.

Of the local infections, the capital city reported 97 new cases, and the surrounding Gyeonggi Province took up 84.

The Sarang Jeil Church in northern Seoul, a hotbed of the recent spike in new infections, reported 841 COVID-19 cases as of Sunday noon.

The Seoul metropolitan government said that 21.7 percent of the church members tested in the capital were confirmed to have been infected with the virus.

A total of 136 patients were reported from an anti-government rally held on Aug. 15 in central Seoul as of Sunday. A large number of Sarang Jeil Church members, including its pastor who was also infected with the virus, took part in the rally.

Since last week, more new virus cases have been reported in major cities and provinces across the country, with health authorities warning that the country may face a nationwide pandemic. 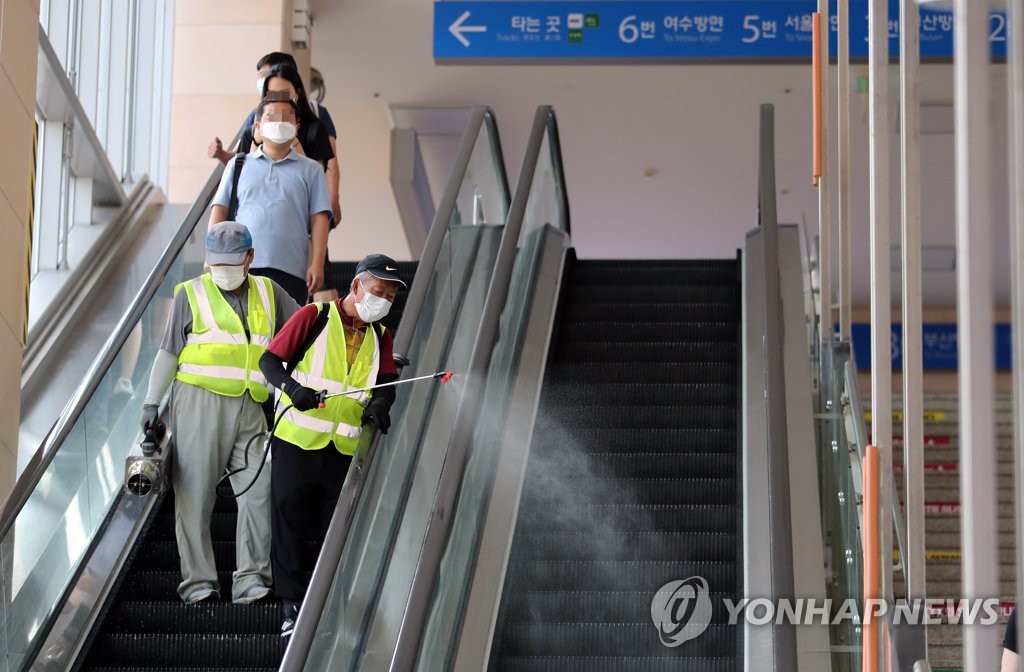 Amid grim prospects of a nationwide epidemic, the government decided to impose the Level 2 social distancing scheme outside the wider Seoul area starting Sunday.

Starting Monday, Seoul residents must also wear masks and face coverings at all times in public, except when they are eating or drinking.

The city already banned protests of more than 10 participants, with Incheon issuing the same measure on Monday.

Health authorities have warned that should the number of new infections not slow this week, South Korea may have to seriously consider adopting the highest level of social distancing, in which all gatherings of more than 10 people will be banned.

Yoon Tae-ho, a senior health official, said in a daily briefing that the infection routes of some 20 percent of virus patients identified over the past week remain unknown, raising concerns over silent spreaders in the community.

"We are actively reviewing raising the social distancing level to the third level, although there need to be more discussions," Yoon added.

With the current level of measures already being the toughest restrictions for South Korea, which reported its first case on Jan. 20, tighter measures are expected to come at a high price in terms of the economy.

The number of imported cases came to just eight. Of them, three were from Russia, and two were from Ukraine. There were also cases from the United States, Bangladesh and India.

South Korea reported no new deaths, with the tally remaining at 309, the KCDC said. The fatality rate came to 1.75 percent.

The total number of people released from quarantine after making full recoveries stood at 14,219, up 19 from the previous day. This indicates slightly more than 80 percent of the patients reported here have been cured.