SEOUL, Aug. 24 (Yonhap) -- With their lead at the top of the South Korean baseball standings cut to one game, the NC Dinos will try to bounce back during a six-game homestand this week.

Prior to their makeup game against the KT Wiz later Monday, the Dinos were nursing a one-game lead over the Kiwoom Heroes for first place in the Korea Baseball Organization (KBO). The Dinos are just 6-10 this month, allowing the Heroes (13-7 in August) to all but erase the six-game gap at the end of July. 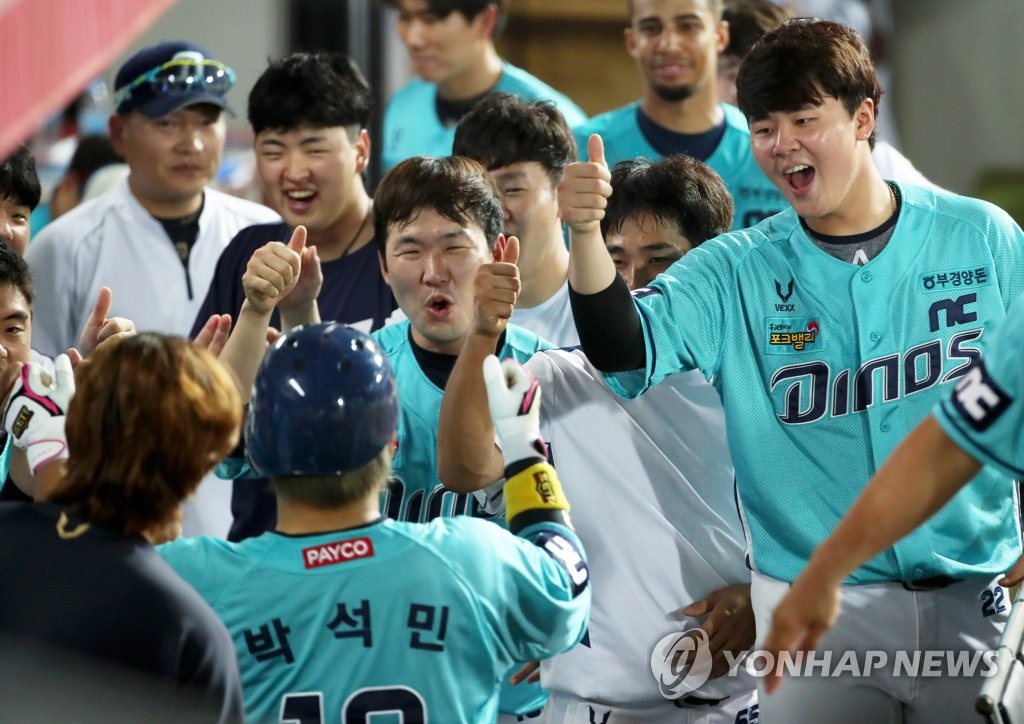 Even the fourth-place Doosan Bears are only 3.5 games behind the Dinos.

The Dinos and the Bears will square off Thursday and Friday at Changwon NC Park in Changwon, 400 kilometers southeast of Seoul. But sandwiching that two-game series for the Dinos are meetings against the KBO's two bottom feeders, the Hanwha Eagles (Tuesday-Wednesday) and the SK Wyverns (Saturday-Sunday).

The Giants currently occupy sixth place, 1.5 games back of the KT Wiz for the fifth and final playoff spot.

The Wiz, the Giants and the seventh-place Kia Tigers, who ended their five-game slide Sunday, are within two games of one another. 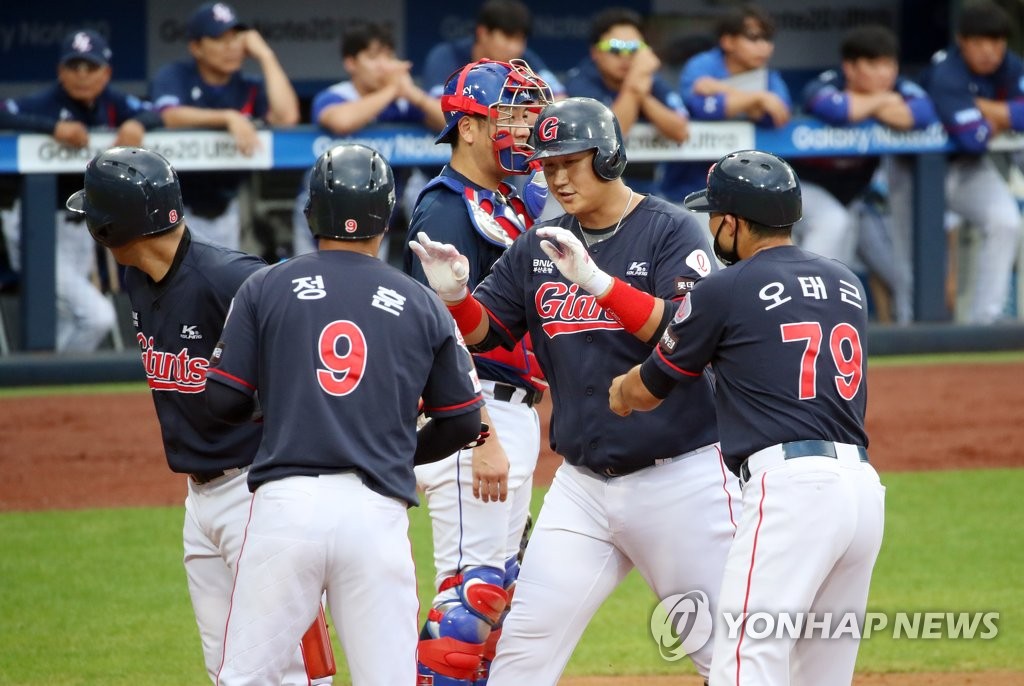 The Heroes, meanwhile, have issues of their own, as they have closed to within half a game of the Dinos earlier this month without quite getting over the top.

They'll be without their No. 1 starter Eric Jokisch and setup man An Woo-jin for about two weeks.

Jokisch, who complained of shoulder pains after playing catch before Sunday's game, joins another starter Choi Won-tae on the sidelines.

An tweaked his back during Saturday's game.

The Heroes have had to deal with injuries all season. Another key starter, Jake Brigham, missed the early portion of the season with an elbow strain. Jokisch had already missed a few days earlier in August with a bone bruise on his left shoulder. Among position players, the Heroes are without first baseman Park Byung-ho (hand) and outfielder Lim Byeong-wuk (hamstring). 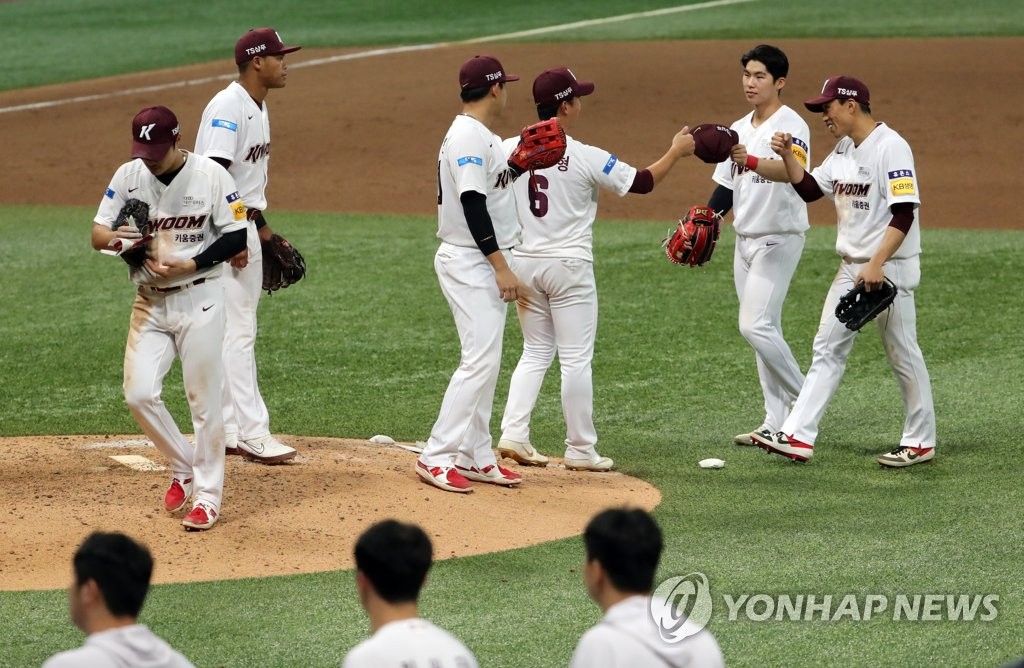