All have since been transferred to an isolation facility designated for confirmed COVID-19 cases at the Osan base or Camp Humphreys also located in Pyeongtaek, it added.

The latest cases brought the total number of USFK-related infections to 166, and 142 of them were confirmed upon their arrivals here. USFK said it has not had an internal positive case since mid-April.

Amid calls for tougher entry restrictions for incoming U.S. soldiers, the U.S. has required all service members heading overseas to put themselves in two weeks of self-quarantine and take coronavirus tests before departures.

But the U.S. decided to ease the requirements for those heading to South Korea, asking them only to submit a negative COVID-19 test result before departures starting on Aug. 30 without having to go into self-quarantine, according to the Stars and Stripes, a U.S. military newspaper.

"(The modification comes as) USFK already requires all affiliated individuals arriving here to undergo virus tests and be quarantined for 14 days. A second test is also a must prior to their release," an official said.

According to the Pentagon memorandum on COVID-19 force health protection guidance issued on Aug. 6, 14-day pre-travel isolation is a must if a host nation does not require a two-week movement restriction. 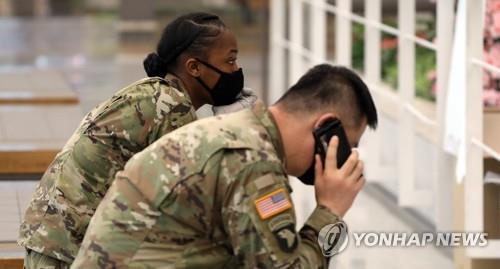 South Korea has been struggling to contain a surge in COVID-19 cases, with fresh cases reported Sunday totaling a five-month high of 397. On Monday, the country reported 266 new cases, including 258 local infections, according to the Korea Centers for Disease Control and Prevention (KCDC).

In the wake of the recent spread, the U.S military heightened the health protection level by one notch to the Health Protection Condition Level (HPCON) Charlie, or HPCON C, for all areas in South Korea, which reduces the number of personnel working on bases and implements tougher anti-virus regulations.

Last week, USFK Commander Gen. Robert Abrams also renewed its Public Health Emergency over the new coronavirus for another 90 days until Nov. 18 to maintain the authority to tackle the pandemic, including administering tests and quarantine for all USFK-affiliated personnel.

The commander first declared the emergency in March and renewed it in April and May. 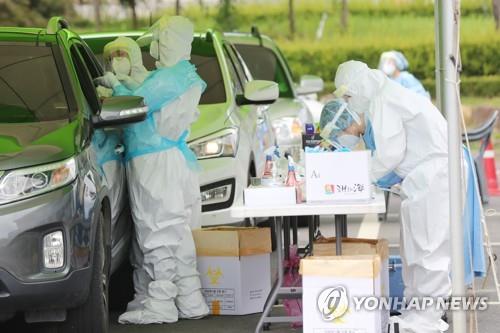