SEOUL, Aug. 24 (Yonhap) -- President Moon Jae-in appealed to the people in South Korea on Monday for help in the government's anti-coronavirus efforts, saying raising the social distancing restrictions to the highest stage is inevitable if the current Level Two campaign is unsuccessful.

"If we fail to stop (the virus spread) at this stage, we will have to elevate the social distancing (guidelines) to the third one," he said during a weekly meeting with senior Cheong Wa Dae aides.

Raising the alert level is "not a choice at all to talk easily about," he added.

Under the Level Three restrictions, Moon pointed out, daily lives would come to a halt, with many jobs lost, leading to a "huge economic blow." 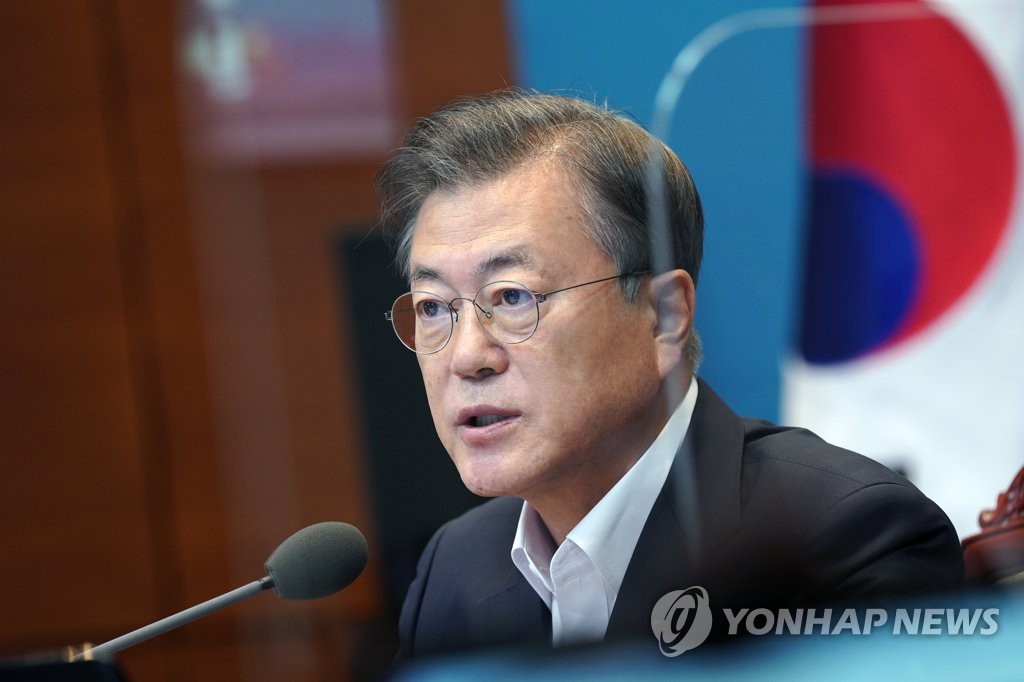 "And even the medical (service) system may collapse," he added, asking the public to focus on avoiding what he called the "worst situation."

He emphasized that the current situation is "far more serious" than that during the country's largest COVID-19 outbreak involving members of the Shincheonji Church of Jesus, a minor religious sect.

The president said that the government won't tolerate any "malicious and systemic" act of obstructing the anti-virus fight including the spreading of fake news. He called such acts an "anti-social crime that harms the community."

He indirectly referred to some local churches' recalcitrance, highlighted by the behavior of members of a Seoul church led by Jun Kwang-hoon, a conservative pastor who has long been critical of the Moon administration.

They ignored the government's warnings and participated in the Aug. 15 Liberation Day anti-government street rally in Gwanghwamun, an apparent source of a number of confirmed cases. Some members of the church have been uncooperative in infection tracing.

"No religious freedom, no freedom of assembly, or freedom of speech, can be claimed, incurring a great deal of damage to the people," Moon said.

He reiterated that his administration would "clearly establish the strictness of public power" as a means to guard the safety of the people and public order. 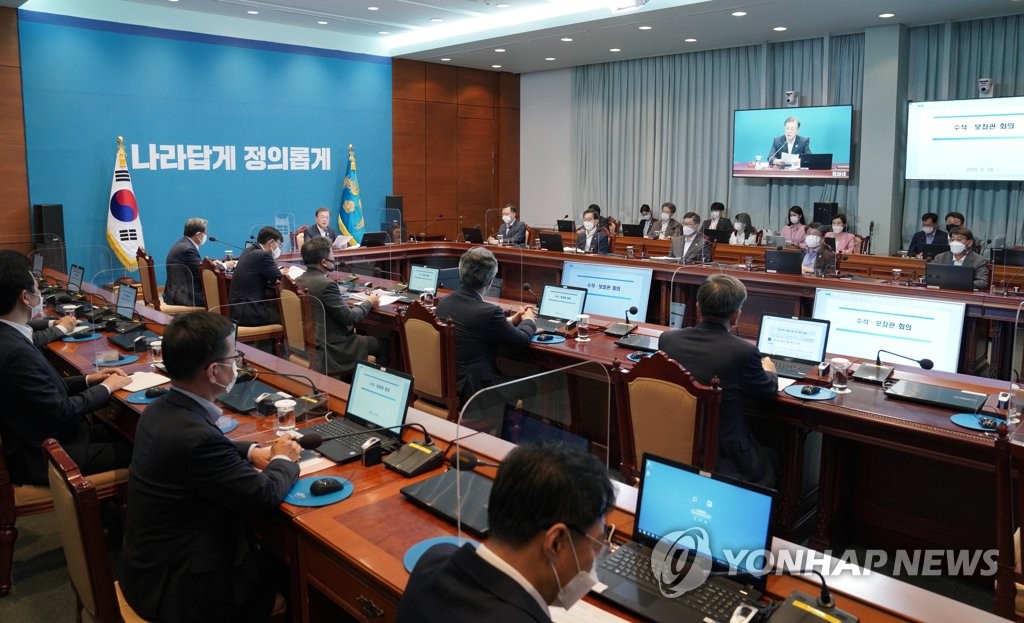 With regard to doctors nationwide protesting against the government's medical workforce reform scheme, he warned of a "resolute response" to their illicit collective action in order to protect the people's lives. The government's plans include an increase in the number of medical school students.

"There is no question that the expansion of public health services is the direction that our society should go," he stressed.

Moon asked doctors to "hold the hand" extended by the government to find a resolution to the issue through dialogue.