Big Hit Edu, the education content subsidiary of Big Hit Entertainment, said it has released "Learn! Korean with BTS," the Korean-language learning product comprised of four textbooks and a multimedia "sound pen," which plays back pronunciation of words of phrases by touching symbols on pages.

A set of Hangul keyboard stickers is also included in the package. The first round of purchasers will also be presented with a limited special notebook that connects with the sound pen.

The contents of the textbook revolve around a fictional BTS fan named Bora, who travels across South Korea in the footsteps of her favorite K-pop group. 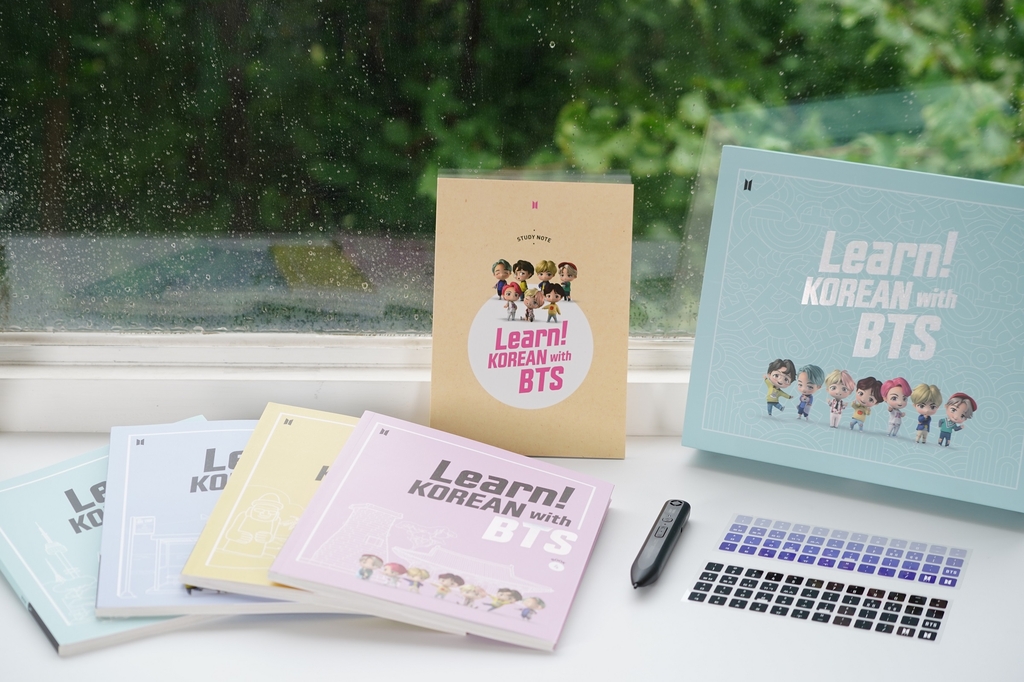 The package is designed for users to study Hangul vowels, consonants and basic phrases based on Korea's regional traits and culture introduced in BTS' music and video contents, according to Big Hit Edu.

The product is currently available for purchase on Big Hit's online fan community-commerce platform Weverse. For Japanese customers, the product is available on the official Japanese BTS merchandise website.

Big Hit Edu has been sharing three-minute-long videos every week related to the educational package since March on Weverse.

Earlier this month, the company announced that it has partnered with the Korea Foundation and the Hankuk University of Foreign Studies in producing a remote Korean-language course using the education content in overseas Korean-teaching schools.

The first schools adopting the course starting this fall are Middlebury College in the U.S., Ecole Normale Superieure and EDHEC Business School of France, Ain Shams University in Egypt and Vietnam's University of Languages & International Studies and Thang Long University. 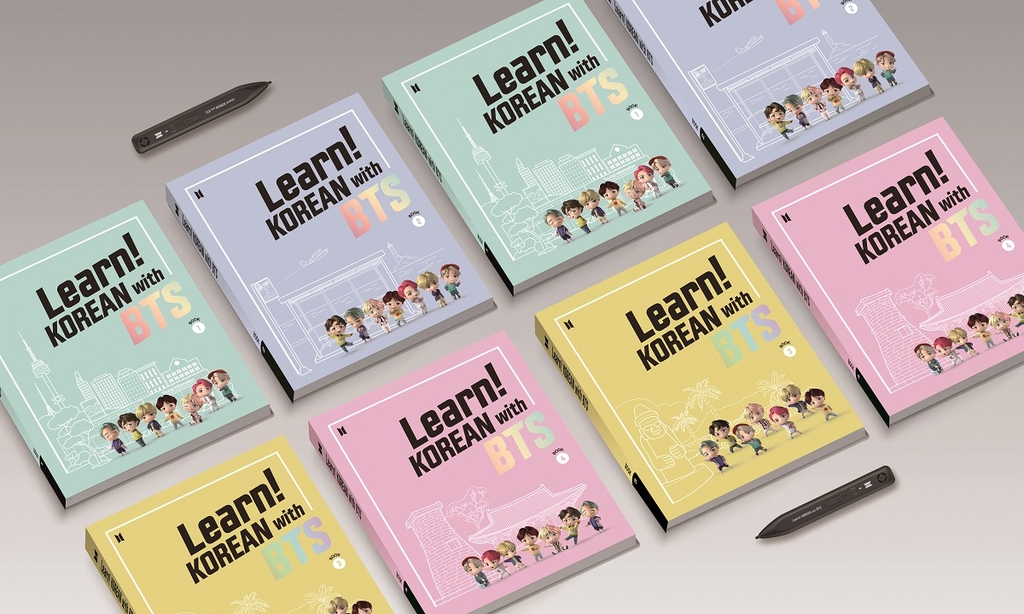