President Moon Jae-in approved the plan to add 20 cities, counties and districts, along with 36 smaller "eup, myeon or dong" areas by administrative standards, to the list, according to Cheong Wa Dae. 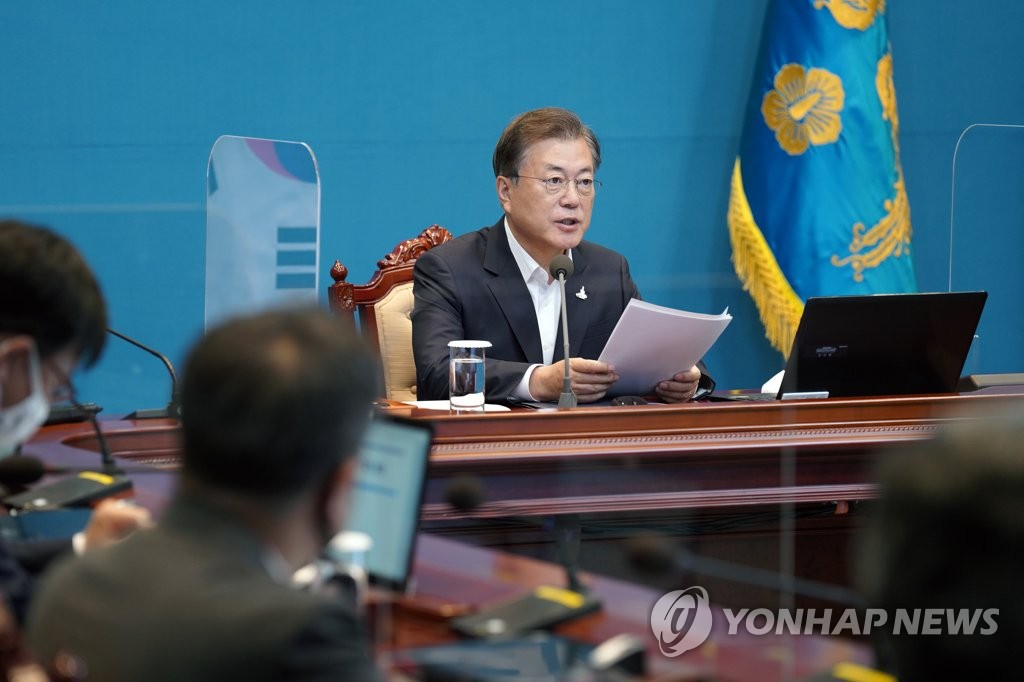 Moon expressed concern that another typhoon is approaching the nation. It is expected to reach the peninsula later this week.

"It is a situation in which (we) should prepare preemptively for the typhoon, while quickening emergency recovery work (related to recent flood damages) to the maximum," Moon said.

The president has called for the swift and thorough assessment of flood damages and the urgency of state aid to cover not just cities or counties but also smaller administrative districts such as eup, myeon and dong.