SEOUL, Aug. 24 (Yonhap) -- Highly touted high school pitching prospect Jang Jae-young has been drafted by the pro club that his father once managed.

The Kiwoom Heroes of the Korea Baseball Organization (KBO) announced Monday they chose the 18-year-old right-hander with their territorial pick. Each year, the 10 KBO clubs get to pick an amateur player based in their region in the territorial draft, with another, free-for-all amateur draft to follow later in the year.

Jang is a senior at Duksoo High School in Seoul. The Heroes are one of three KBO teams based in the capital city. 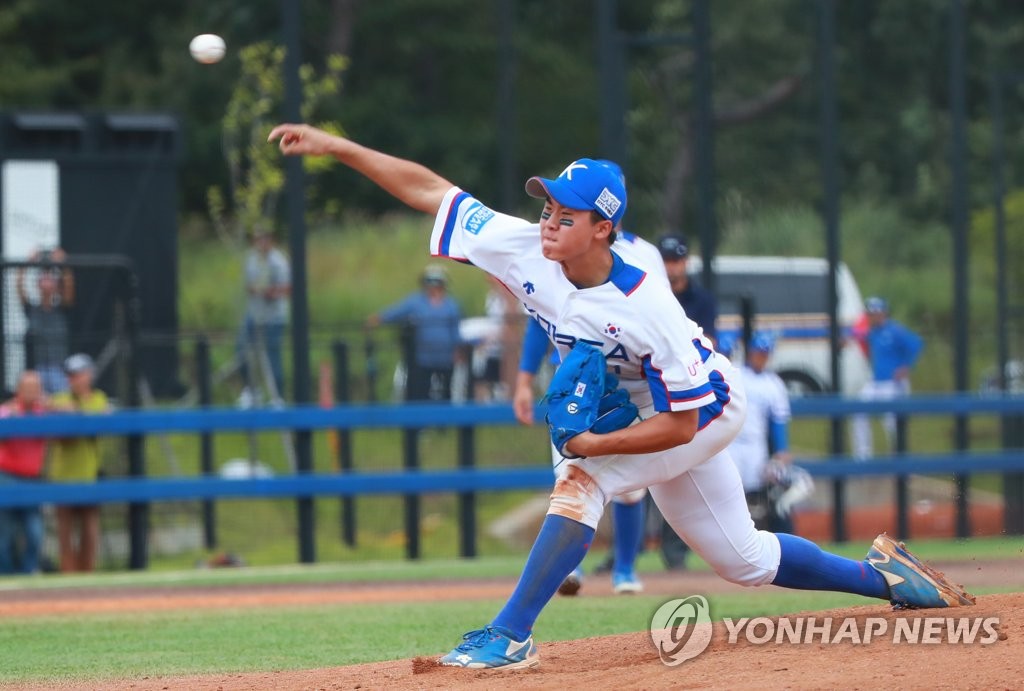 Jang is also the son of former Heroes' skipper Jang Jung-suk, who managed the club from 2017 to 2019. He was not brought back after the Heroes finished runners-up to the Doosan Bears in the 2019 Korean Series and is currently working as a color commentator for a cable station.

The junior Jang has been among the hardest throwers in South Korean high school. The Heroes' scouting department noted that Jang's four-seam fastball has consistently sat around 150 kilometers per hour (93.2 miles per hour) and even touched 157 kph in an unofficial setting. Jang represented South Korea at last year's U-18 Baseball World Cup, organized by the World Baseball Softball Confederation. 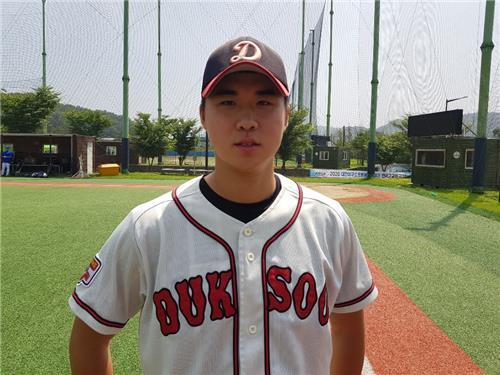 "I am honored to be picked by Kiwoom, and it's an organization I've always wanted to play for," said Jang, who grew up playing catch with the Heroes' players at their home park while his father was working in the team's baseball operations department.

"The team has some great veterans, and the player development system there is second to none in the KBO," Jang added. "I still have so much room for improvement, and I am looking forward to learning from them."

Lee Sang-won, the Heroes' head of scouting, said he has been keeping an eye on Jang since middle school.

"He has a high ceiling as the only high school pitcher to throw over 150 kph," Lee said. "We'll try to develop him into not only the top pitcher on our club, but in the entire country."

In 47 innings during his high school career, Jang pitched to a 3.64 ERA with 61 strikeouts against 29 walks.

For the territorial draft, the three worst clubs from the previous season are allowed to either select a prospect from their regional pool or pick someone from outside their local markets. This is designed to achieve more competitive balance for clubs coming off a down year. 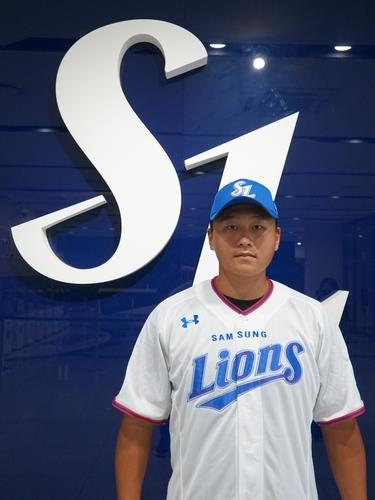 The Samsung Lions, who finished eighth last year, went ahead and picked left-hander Lee Seung-hyeon from Daegu Sangwon High School in their home city of Daegu, 300 kilometers southeast of Seoul.

The Hanwha Eagles and the Lotte Giants, who ranked ninth and 10th in 2020, chose not to select from their local pool and will instead draft a player from outside Daejeon and Busan, respectively, next Monday.

The Doosan Bears were the only club to draft a position player on Monday, as they picked Seoul High School infielder Ahn Jae-seok.

The Bears called Ahn a sleek shortstop with a strong, accurate arm and said he can also handle the bat at the plate and is a smart baserunner. Ahn is the first infielder that the Bears chose in the territorial draft since the incumbent shortstop Kim Jae-ho in 2004.

Gimhae High School's Kim Yoo-seong is headed to the Dinos. At the Golden Lion National Baseball Tournament in June, Kim earned the top pitcher award after posting a 1.29 ERA with 21 strikeouts in 14 1/3 innings. 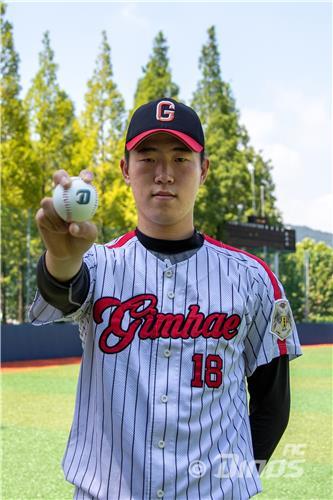