A former local employee at South Korea's Embassy in Wellington has accused the senior diplomat of groping his body on three occasions in 2017, a case that has drawn attention after New Zealand Prime Minister Jacinda Ardern raised the issue in last month's phone talks with President Moon Jae-in.

"Minister Kang said during a meeting with director generals that not only has the case been a diplomatic burden for the government, but also that she was sorry for causing concern to the public," her office said in a press release.

She also said that the presidential office found problems with the ministry's handling of the case.

"We received the probe outcome from Cheong Wa Dae that there were problems in the ministry's response from the beginning of the incident to the calls between the leaders. The foreign ministry will review it and promptly take appropriate measures," Kang said.

It is the first time that the foreign minister has issued an apology over the case. It is also rare for the ministry to disclose what was discussed during the regular meeting with her director generals.

The diplomat was moved to a new post in the Philippines the next year and was disciplined with a reduction in salary for a month. He recently came back home at the ministry's order after the case resurfaced.

In the meeting, Kang vowed to strengthen communication with the New Zealand side so that this case can be resolved in a fair manner.

In Monday's meeting, Kang also stressed that the ministry will apply stricter standards for sexual misconduct cases in the future, regardless of the time of the occurrence, and ordered the bolstering of related regulations and education.

Last week, the foreign ministry said it is considering resuming arbitration to settle the sexual abuse case after recently receiving a request from the complainant. 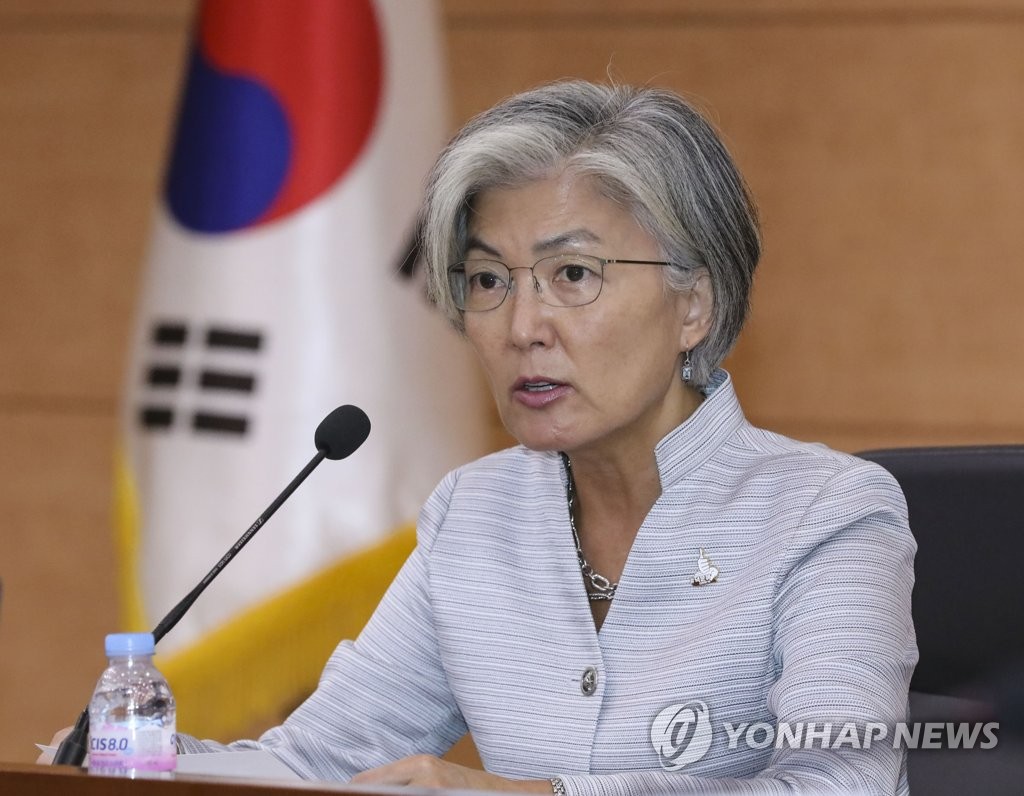