South Korea is bracing for Typhoon Bavi, which is feared to be one of the strongest to affect the peninsula in years. It is advancing toward the Korean Peninsula, packing strong winds and heavy precipitation, according to the Korea Meteorological Administration (KMA).

The typhoon is forecast to reach the southern resort island of Jeju early Wednesday and move along the Yellow Sea to reach near the capital city of Seoul the following day, it added.

Minister Jeong presided over an emergency meeting involving military leaders and ordered the evacuation of service members stationed in vulnerable regions and appropriate steps to minimize possible damage to military assets such as ships and aircraft, the defense ministry said in a release.

"Each unit leader should also come up with thorough measures to prevent possible loopholes in their guard operations," Jeong stressed.

South Korea has been struggling to recover from huge damage by heavy downpours during the unusually lengthy monsoon season earlier this month. 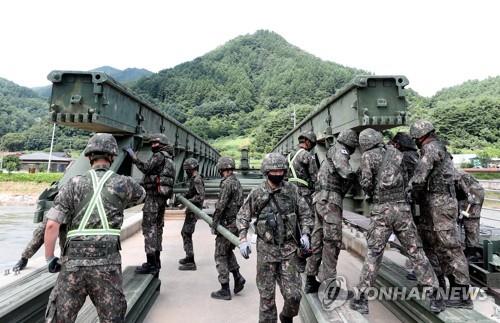 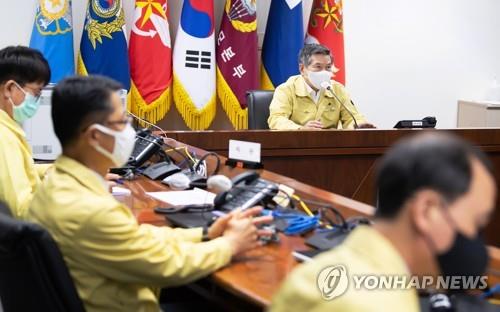